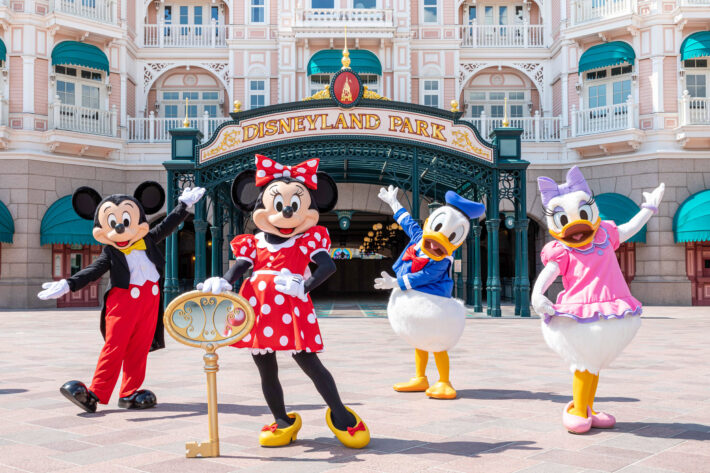 Disneyland Paris has finally re-opened to the public and is once again allowing guests to return to the magic after its second temporary closure.

17th June 2021 will be remembered as a day normality began to return to Europe’s No.1 tourist destination once again as Disneyland Park, Walt Disney Studios Park, Disney Village and Hotel Newport Bay Club all re-open their doors ahead of another summer season. The resort had of course been closed for the past 7 months due to the global pandemic as cases continued to spread throughout France and the continent.

This follows two days of soft re-openings in the resort as well as some previews for InsidEars members and press.

“We are absolutely thrilled to bring the Disney magic back to our Guests, in the most wonderful way and with enhanced health and safety measures,” said Natacha Rafalski, President of Disneyland Paris. “As the top tourist destination in Europe, I am so proud to see Disneyland Paris play a key role in the reignition of the tourism industry.”

“It is a chapter filled with hope and optimism that we are starting all together as we believe that the need to dream and share moments of happiness with family and friends have never been so important.”

This is the second time Disneyland Paris has re-welcomed guests back to the magic after a temporary closure. That being said experience both from that and the downtime has meant this summer promises to offer a lot more magic and a lot more surprises that before as guests can enjoy a platter of new attractions, characters and more in both parks and beyond.

Self-spots which grabbed fan site headlines last year return once again, offering guests an opportunity to take a socially distanced photo with their favourite characters. For the second re-opening however the number of famous faces set to appear has nearly doubled with over 60 characters appearing throughout the resort. This includes a brand new Star Wars self-spot experience in Videopolis and characters from Alice in Wonderland who may appear down Main Street U.S.A.

That won’t be the only opportunity to see your favourite characters either. The much beloved Princess float from the iconic Festival of Pirates & Princesses has returned once more for a special mini-parade down Main Street as the Disney Princesses celebrate the re-opening with guests. Meanwhile in Walt Disney Studios Park, Cruella is doing some celebrating on her own off the back of her hit new live-action film when she rolls up in Production Courtyard.

Speaking of the Studios, the resort’s re-opening means that two brand new attractions can finally open. Cars Road Trip has been subject to much speculation and some anticipation ever since its announcement back in 2019. The Cars-ification of Studio Tram Tour is now complete and guests can for themselves check out this newly re-themed adventure through Route 66 and more with Lightning, Mater and the rest of the gang.

Launched today, this new experience takes you right into the world of Pixar’s Cars films along the idyllic Route 66, the most legendary highway of the American Southwest. As they travel aboard a streetcar, Guests meet LightingMcQueen, Martin and many others, while passing by some nature- and Cars-made wonders.

Much like the initial re-open of Disneyland Paris last July, guests can expect a number of necessary but important health and safety regulations when visiting the parks during this time. This includes the mandatory wearing of face masks, social distancing, the addition of plexiglass in specific areas and the installation of hand sanitisation stations throughout the resort. For more information you can check out my review of the health & safety implementations from last year’s re-opening here.