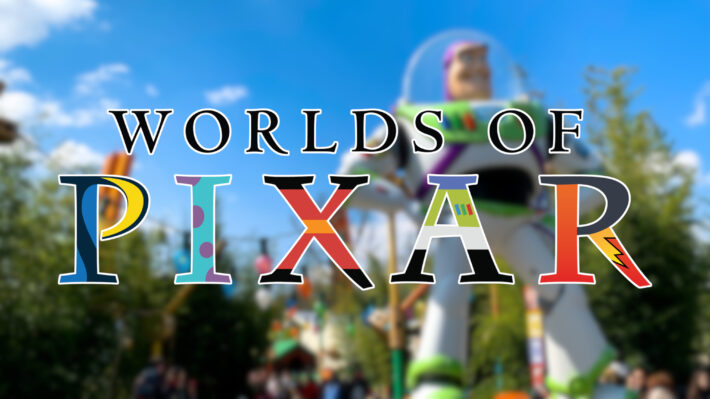 Worlds of Pixar is about to become the latest new area of Walt Disney Studios Park, taking over the majority of Toon Studios and the bulk of its existing attractions.

Starting from 27th August, the new name will officially be recognised as the home of all the Pixar themed attractions on the right-hand side of Disneyland Paris’ second gate. This includes Crush’s Coaster, Ratatouille, the entirety of Toy Story Playland and of course the recently opened Cars Road Trip.

This renaming of the existing land comes as several photo backdrops have begun to appear throughout the what is now Worlds of Pixar area. This includes a set of Buzz Lightyear inspired wings.

The remaining attractions, namely Animagique Theater, Animation Theater and Flying Carpets will for the time being stay under the Toon Studios name. However, according to DLP Report plans are already underway to incorporate the two theaters into a future Theater District land, joining the Studio Theater and recently opened Studio D.  This report carries weight to it as Disneyland Paris has confirmed the introduction of Worlds of Pixar is part of the “ongoing Walt Disney Studios Park transformation, adding more immersion and showcasing recent Disney-Pixar storytelling and characters that guests know and love.”

“This represents the first of four core zones that will exist in the Park, as development continues on new themed areas starting with Avengers Campus.”

Worlds of Pixar will officially be recognised as part of Walt Disney Studios Park from Friday 27th August.