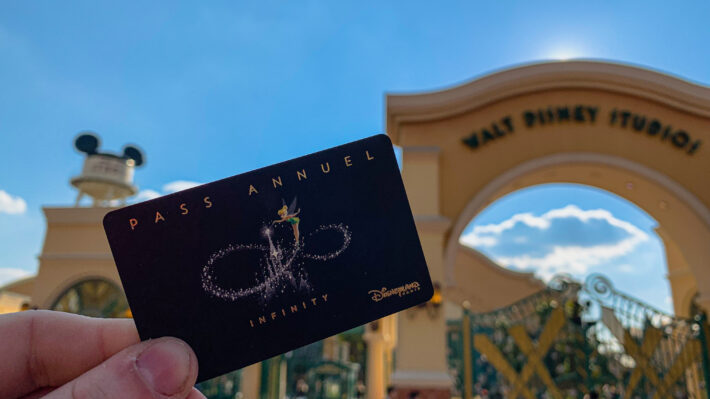 The Disneyland Paris Annual Pass is a great thing. For a flat annual fee or alternative monthly payment you can have unlimited access to Europeans No.1 tourist destination. Add some seriously valuable perks like food and merch discounts, access to special AP Nights and Extra Magic Time and the subscription it has become a true companion for fans looking to visit more than once during a year and something many of us cannot live without.

There’s an Annual Pass available for everybody with a variety of different pricing ranges, differentiating by how many of the 365 days (or 366, this year) you can enter the magical gates with your plastic identity pal. With a starting price of €179.00 / £151.33 for the Discovery pass climbing up to the truly limitless access of the Infinity pass at €449.00 / £379.64, the DLP passports are a bargain compared to their direct comparisons in other Disney Parks. Disneyland Resort’s APs for instance start at a not so cool $599.00 / £463.36 with the Infinity-esque Signature Plus costly nearly 3 times as much at $1,399.00 / £1082.20.

Although France business typically operate on the Calendar Fiscal Year, Disneyland Paris likely follow the US system to some extent due to their ownership by The Walt Disney Company. As the 1st Quarter has only recently ended with the 2nd now underway, plans will no doubt soon be put in place for the 3rd Quarter of the year when it begins on 1st April. One of the most common changes to happen in this time are price increases.

In 2019 Annual Passes saw a small but still present increase to all four of their tiers. Discovery continued to be the more affordable of the lot with a minor €30 increase while Infinity saw a noteworthy €50 hike with the passes in the middle averaging out at an extra €40 each. Although nobody enjoys the idea of paying more for the same product they got 12 months ago, these increases were generally accepted due to their relatively small addition, especially as other resorts saw larger up sales on their APs.

As we approach the same time of year Disneyland Paris face a decision and one I think needs to be made; Annual Passes should not be increased for 2020.

There is one major reason behind my belief why not only is an Annual Pass price freeze recommended but mandatory, and is something many will likely relate to who have visited the resort recently or have been keeping close tabs. With work truly stepping up a gear in the massive, ambitious Walt Disney Studios Park expansion the park has not only lost a considerable number of attractions and eateries but also become commonplace for temporary fences and the beating sounds of the future in the form of heavy machinery and construction work.

Of course, this is absolutely necessary and not something I for one second lament happening. The Studios has been in need of major expansion and land re-imagining since day 1 so to not only know that it is finally happening but to see it happen right before my eyes is something to get very excited for. But it means irritations like this must come into play to ensure the future we want for the park. They say you can’t make an omelette without breaking a few eggs, and you can’t expand a theme park without breaking some immersion sight lines and content count.

That being said, an Annual Pass is only as good as its value for money, and as the second park in Disneyland Paris must partly become a building site the question will be raised if that value is still being met. While there are still significant and outstanding features including Mickey and the Magician, Tower of Terror and, obviously, an entire other park next door it is still true that a large part of WDS is out of action. Can Disney justify increasing the price of their tickets while providing less park?

It isn’t just a case of quantity. Quality must also come into play and some serious self evaluation needs to be done by the Disneyland Paris team and Disney Parks, Experiences and Products outright. The past year has seen a number of prolonged issues within the resort continue with their routes of fixing them stagnate. Restaurants are continuing to be closed with the select few open faced with ridiculously long queues. The Disneyland Railroad is still closed with a re-opening date unannounced. And the iconic globe that sits outside ‘it’s a small world’ still has that ugly crack running right down it.

Disneyland Paris is a business. Their goals are to achieve profit, maximise their investments and make as much money as they can from their audience. That is absolutely true. There comes a point however where public image and reputation can outweigh the existing familiarity of the Disney brand and start to be detrimental on the resort. DLP management need to seriously look at the past year, look at what has been achieved or better what hasn’t and ask – “are we reaching a standard of quality where guests will pay more for the same?” I don’t think they are. 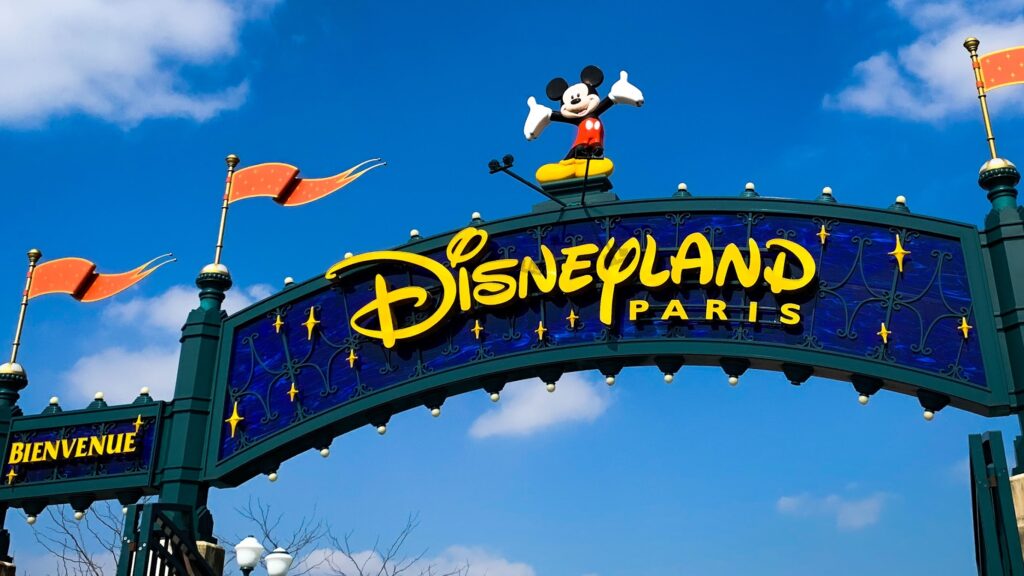 In an ideal world were profit margins and share prices didn’t matter as much, the resort would actually decrease their Annual Pass price tags to cater for the current climate within the resort. Unfortunately we do not live in an ideal world and I fear to say I believe not only are increases this year likely, but inevitable.

The opening months of 2020 has been a very difficult time for the Asian Disney Parks. As a safety precaution in light of the global coronavirus story, both Shanghai Disneyland and Hong Kong Disneyland have closed their gates to the public. Although very much so the most responsible and wise decision, from a business standpoint this is going to significantly hurt the two resorts, especially as re-opening dates are still undetermined. It is current projected that the two closures could end up costing The Walt Disney Company over $170 million.

Last year it was decided in a restructuring from the very top that Disneyland Paris would move from its position in Western Disney Parks to Eastern Disney Parks, linking it closer to the Chinese and Hong Kong locations. The two resort closures mean that the next Quarterly financial report is not going to make too good reading for investors in TWDC. Someone is going to be asked to pick up the slack to try and make the numbers as respectful as possible, and that someone is very likely to be Disneyland Paris.

As other Disney resorts around the world are announcing increases to their annual passes and standard park tickets, it feels ever the more likely Paris will be following suit very soon. It should not be the case, particularly given how difficult such an increase can be justified in the current decline in park content and experience quality, but the unfortunate fact is that is business. In the ever-going quest for a higher profits and increased guest spending there is heed that must be taken. Not only is there the risk of pricing out individuals but also the possibility of people being turned away in response.