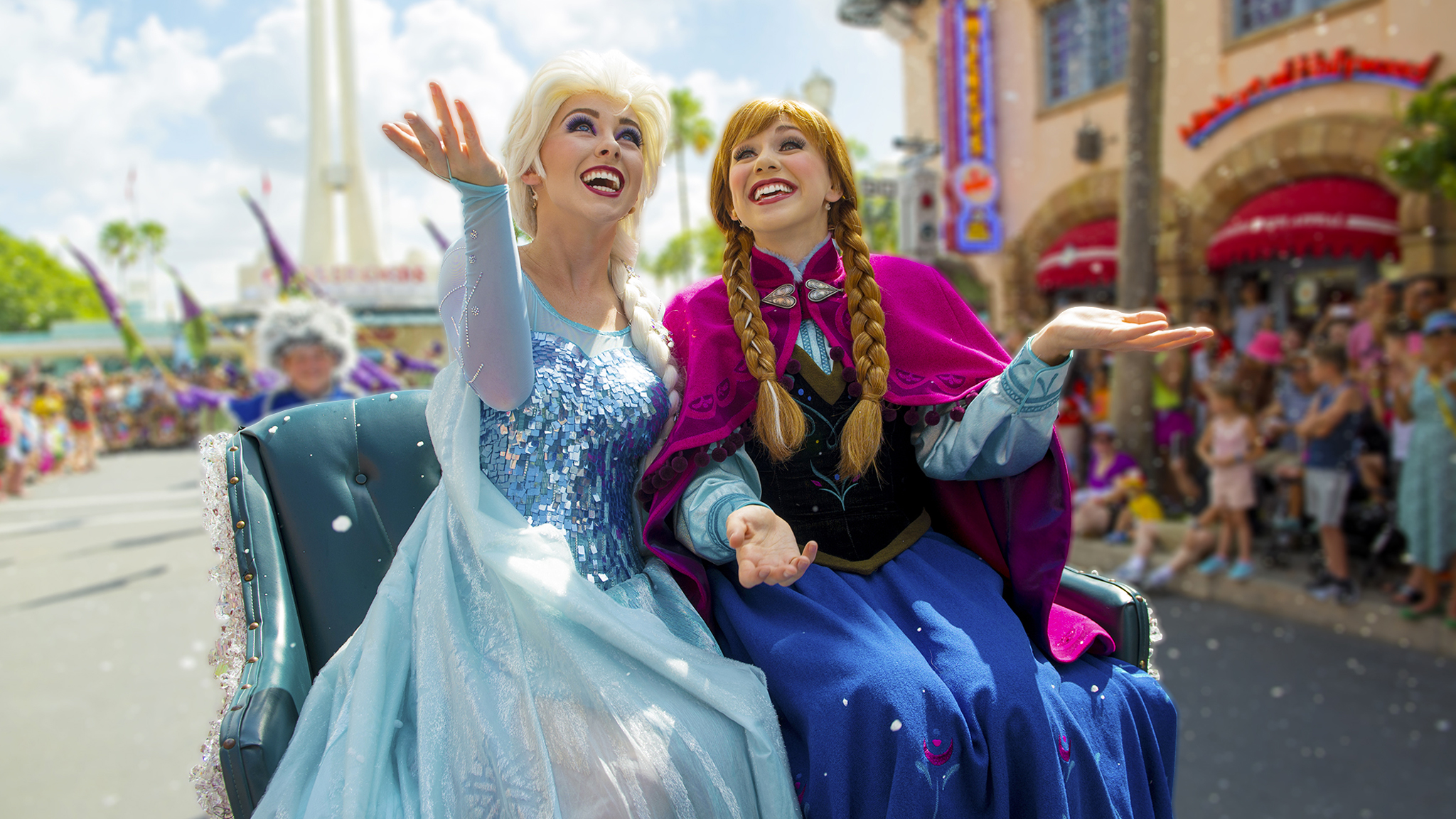 As many will already know, last week saw the Disneyland Paris Annual General Meeting in Paris itself. Although the main focus of the meeting was to discuss and vote on the recapitalisation proposal by The Walt Disney Company (which I’m happy to report, went through), it wasn’t the only item on the agenda. Also announced was the highly discussed and now confirmed Frozen sing-along show which the Chaparral Theatre will play host to. This show and almost certainly a meet and greet match will be part of what has been dubbed “Frozen Summer”. Very little is known about this celebration exactly, only that it will replace last year’s summer festival and will run from early June to September.

As can be expected when anything Frozen related is announced recently, this split the fan community in half. While some fans believe this is a fantastic addition to the resort, others argue there is too much Frozen in Disneyland Paris now; with other, older classics being neglected in favour of the Arendelle sisters. I for one am certainly in the former of these two categories, going as far as to say Frozen Summer could be the hero DLP needs, but only if there is a major shake up and improvement in their marketing.

There’s no secret that right now Disneyland Paris is in debt, a lot of debt. Even with the recapitalisation shifting that owed money to TWDC, the resort isn’t making a profit and won’t until the next 3 years if their management strategy is achieved. With preparations for the 25th anniversary well under way seeing major E-Tickets such as Space Mountain, Big Thunder Mountain and It’s A Small World going into lengthy refurbs, anyone who follows accounts such as InsideDLParis or DisneylandBerry on Twitter will see that our beloved Disneyland Park is looking more like a green fence appreciation zone as the days and weeks progress. As a result, many fans are deciding to skip the next 2 years of visiting altogether in favour of being truly surprised in 2017. This begs the question, how are Disneyland Paris excepting to make a short term profit when the huge pullers are being closed up and the resort is going under a heavy paint job? The answer is so easy a sunshine obsessed snowman could figure it out: the most successful animated movie in the history of Hollywood.

I understand the argument that there is a lot of Frozen in the parks right now, but looking at this from a strictly managerial approach this is an opportunity that really cannot be passed up. The success and worldwide phenomenon that is Frozen has really came at the best time for DLP if you think about it, management are able to use a gigantic IP while spending very little in their resources. Christmas proved this as the Anna and Elsa meet and greet over at the Princess Pavilion hit well into 5 HOUR queue times at its peak. It wasn’t a brand new attraction, it didn’t cost millions in research and developing new technology, it was just a simple meet and greet. Official numbers were never revealed but it’s obvious to see, the masses love Frozen and they want more of it. This is exactly why Frozen Summer isn’t just a good idea, but a necessity for Disneyland Paris if they want to not only stay relevant to a public that are visiting less (as the annual report suggests), but also compete with their American and Asian cousins. With both Disneyland Resort in Anaheim and Tokyo Disney Resort having similar celebrations this year themed to the movie, DLP needs to offer something along the same lines otherwise many will be substituting perhaps their several trips to Paris in favour of a week across the ponds.

If Frozen Summer can bring in the same huge crowds the meet and greet saw at Christmas, that could really get the ball rolling for the company making a profit in a few years time; especially if the 25th anniversary will be everything we expect and hope it to be. Bringing this back to the fans, I don’t need to tell anyone that a Disneyland Paris actually making money isn’t a bad thing at all, and would provide the resort with a lot more opportunities to spend on things fans want; more unique shows, attractions and theming we all love.

All this will be irrelevant however if the season isn’t correctly marketed across the Europe. Recently, Disneyland Resort advertised their Frozen Fun celebration with a fun and clever video featuring classic animatronics singing along to For The First Time In Forever.

While I don’t expect something of this magnitude, I think DLP could use this as inspiration as how to accurately market a new addition to a Disney park. Advertising has been an area Disneyland Paris always struggled on, with their best efforts of videos such as the Bad Boys at Disneyland Paris being relegated to viral only as uninformative, boring Yes Days lead the front for television marketing. The nature of DLP’s marketing quality (or rather lack of) is a whole different discussion in its entirety but with regards to Frozen Summer, more must be done to achieve the sort of attendance and figures management is in desperate need of. A fully fleshed out TV advertisement — showing not only elements of the show but the dates and perhaps meet and greet opportunity — is a must. We’ve already seen Anna and Elsa appear in the latest WDW TV advertisement, so the fact they were absent from DLP’s at Christmas is ludicrous. The target audience for Disneyland Paris is of course families, and while a 20% offer will entice a lot of parents that the resort is now ‘affordable’, nothing will say “we have to go this year” like seeing your kid’s favourite characters in the parks when the schools are off. That’s the message that has to be sent across the continent.

In addition, there are other and cheaper ways they could target this audience. Last year we saw a short but poor advertisement for Ratatouille appear at the start of the Frozen DVD and Blu-Ray, while this is a good start it needs to be added upon. A simple leaflet inside the box of Big Hero 6 (which I assume will be hitting shelves for home release in time for the summer) would definitely help market the celebration and eliminate the costs of filming a video advertisement. With the fairly infant Disney Movie Rewards model relying on these leaflets for customers to upload their points, people have an actual purpose to check for them and a DLP advert definitely wouldn’t go unnoticed.

Yes, these campaigns won’t be free, it will cost the company to not only establish but distribute them all around Europe, but I think it’s very obvious they would make that money back and then some if done right. As part of the recapitalisation, we’ve estimated that TWDC will give Euro Disney SCA roughly €250 million to spend on the park. I’m no expert on marketing or ad campaigns but I can’t imagine one would dig too much into that kitty. While there are a number of reasons that no doubt contribute to Disneyland Paris’ struggle into the black, I strongly believe advertising is a key part of the blame. The Frozen brand has presented itself on a plate to this resort and could play a huge role in bringing in that profit by 2018, but I can guarantee now that won’t happen if management continues to rely on word of mouth, fan accounts and leaks from inside their own company to do the marketing for them. It isn’t enough.