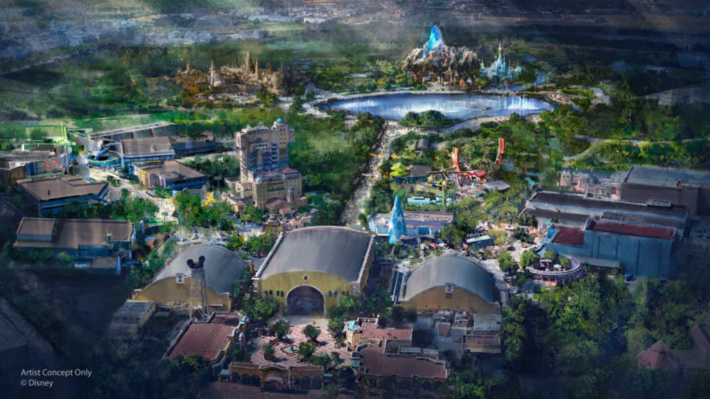 On this day one year ago Disneyland Paris changed forever. The 27th February 2018 saw the announcement that Walt Disney Studios Park will receive a €2 billion investment. A monetary injection rivaling that of all before to completely reshape the park’s landscape while doubling it in size.

Announced with no warning or prior anticipation, the first we heard of this incredible story was when Disney themselves unveiled it. A full press release, videos, and even a word from the French President Emmanuel Macron on the investment. All of that quells in comparison to the concept art. That stunning, detailed masterpiece we have all spent the last 12 months studying, admiring and pinching ourselves over its reality.

Today The Walt Disney Company announced a €2 billion expansion plan for @DisneylandParis including a transformation of Walt Disney Studios Park, with 3 new areas based on #Marvel, #Frozen, and #StarWars. https://t.co/JLfjNqbZrz pic.twitter.com/mcEodr5cf8

It was a day no DLP fan is ever likely to forget. When that first tweet came in headlining the resort’s future many probably thought they were still lost in some overly-generous dream; myself included. The WDS expansion master plan we all hoped for, that bright future we always believed the Studios deserves, will be realised. And it is more exciting than any of us could have imagined.

A full year on and, for the most part, that beautiful artwork is still the bulk of information we have on the expansion. That isn’t really a surprise so to speak nor is it a critique either. Many fans had expected further news to be a long, drip-fed affair, with information only presented as and when WDI feel is necessary. Indeed, if the ‘slowly slowly’ approach means more time to work on the project, and less opportunities for disappointment then I am perfectly patient.

That’s not to say there hasn’t been any developments on the Studios expansion. The past year has seen just enough sprinkling of hints and new nuggets of content to appetitise us fans and keep us speculating. Hungry for the next piece to eventually materialise.

June 2018 provided us with a short but memorable tribute to the forthcoming expansion via the Disney FanDaze guest panels. Hosting the then Disneyland Paris President Catherine Powell and Imagineering legend Tom Fitzgerald, we heard of the internal excitement for the future of Walt Disney Studios Park and what they hope it means for the resort. 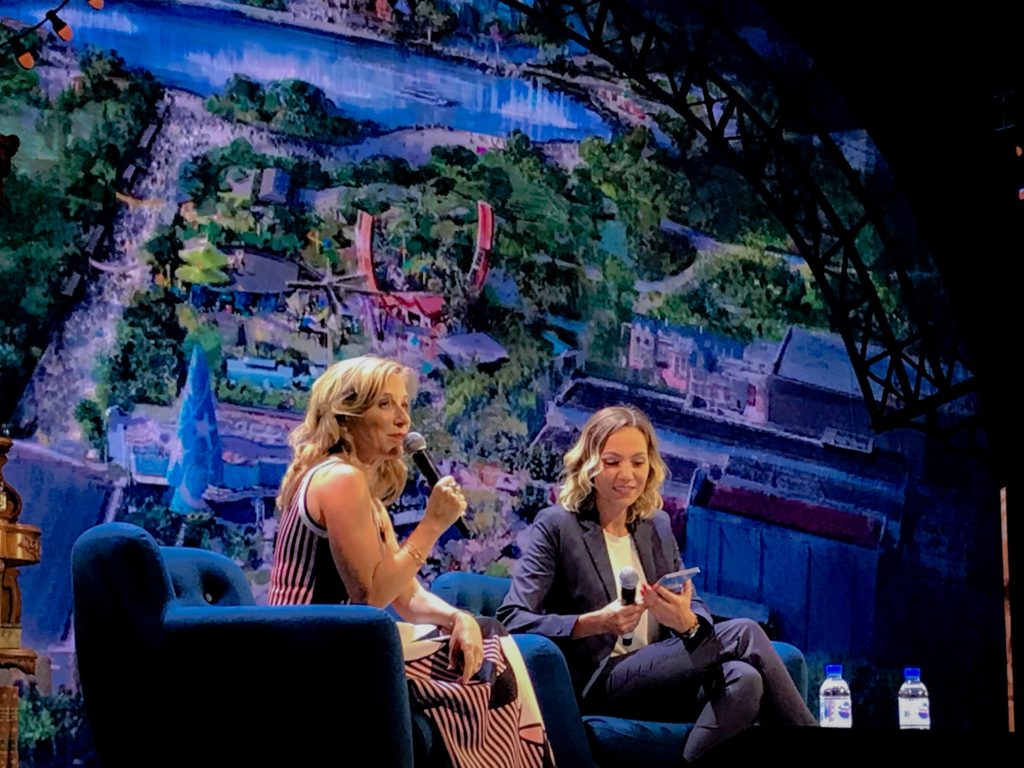 Fitzgerald went on to mention how the planned “Main Street and hub” of the park will be the stretching middle path beyond that of Tower of Terror. The garden walkway leading up to the massive lake will take inspiration from the real location of Jardin des Tuileries in Paris itself.

As the year drew to a close December saw our second true concept piece for the expansion in the form of the Marvel land. Although March did see the combined poster reveals for three superhero worlds coming to Disney parks (Disney California Adventure, Hong Kong Disneyland and WDS, respectively) this was our first opportunity to properly get a glimpse of what we may be in sort for once the Backlot renovation is complete.

And now, with the announcement’s 1st anniversary here, we begin to look forward and truly see the signs of the future take shape. Recent announced closures of Armageddon, Disney Junior and Rock n Roller Coaster are concrete signs of this significant change that is coming to the Studios. As time progresses we will likely see ground broken and foundations set for areas beyond that of the current park boundaries as the Frozen and Star Wars lands begin to take shape over the next several years.

But when can we expect the latest piece of news regarding the Walt Disney Studios Park expansion? The truth is your guess is as good as mine. The initial announcement was so sudden, coming out of absolutely nowhere so I have no qualms in feeling its likely DLP would do that again and spring us with news unexpectedly.

If I were to make a guess though, a prediction when is most likely we will see new info, then I think this year’s D23 Expo in Anaheim, California is the event to watch. Previous iterations of the Disney convention has seen unveils and details regarding massive Walt Disney Imagineering projects like Pandora, Star Wars: Galaxy’s Edge and Epcot’s future redevelopment. With such a massive expansion still in the early stages like WDS’ it makes perfect sense for it to be teased to the watching world at the biggest event for Disney Park fans.

Do you remember where you were when you heard the news of Walt Disney Studios Park’s expansion? How excited are you about what the future holds for Disneyland Paris’ second gate? I’d love to hear your thoughts over on Twitter!