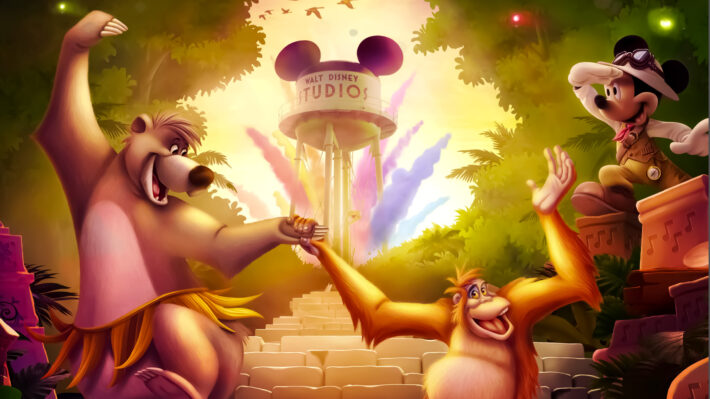 The return of The Jungle Book Jive in its new venue has been cancelled with the show’s future now unclear.

Yesterday it was reported at the 11th hour the show would miss its official return and delayed indefinitely. This was only confirmed by morning as posters and promo material for the show have been modified with ‘Coming Soon’ prominently labelled.

At the Moteurs Action entrance, “coming soon” stickers have been added to The Jungle Book Jive signs to reflect the show’s delayed start. pic.twitter.com/MSC5ijUm5e

Prior to this cancellation The Jungle Book Jive was set to perform several times a day to a socially distanced audience in the far end of Walt Disney Studios Park, in what is now known as Stunt Show Arena. Lineberty was also lined up to be used for reservations to remove excess queuing.

Should the show return later in the year, it will be the second fan favourite from The Lion King & Jungle Festival. Last week saw The Lion King: Rhythms of the Pride Lands roar back onstage at Frontierland Theater after nearly a full year absence.

Disneyland Paris are yet to make any official announcement on The Jungle Book Jive’s delay.