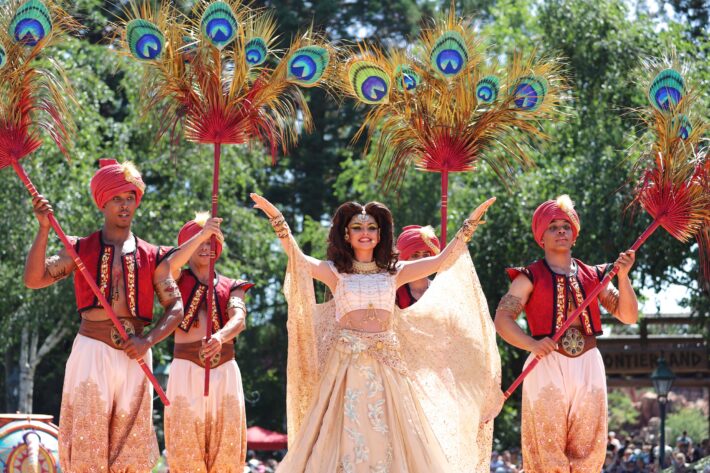 Fan favourite shows The Jungle Book Jive and The Lion King: Rhythms of the Pride Lands will be returning for more summertime fun before the season is out.

Disneyland Paris famously reopened its doors to the public once again last week after a 4 month closure due to the ongoing global pandemic. While the resort is welcoming guests once again many vital but major restrictions and regulations have had to be put in place including limited capacity, social distancing and the mandatory wearing of face masks.

The Lion King & Jungle Festival, the spotlight Summer season for the resort, was a major sacrifice due to the resort’s closure and gradual return. The festival had initially planned to begin in June while the parks were still closed.

Not all has been lost however as the two main events of the season will be returning to bring more entertainment to Disneyland Paris! First on the 15th August Frontierland Theater will once again place stage to critically acclaimed and visually musically impressive The Lion King: Rhythms of the Pride Lands. Although this will be the same show you knew from last year the performance will play to a limited capacity, whom of which will also be socially distanced to ensure the spread of infection is decreased.

One week later on 22nd August, Walt Disney Studios Park will feel the beat of the jungle drums as the massively popular and runaway hit of 2019 springs into life, The Jungle Book Jive. The show previously ran along Central Plaza and parts of the parade route but this year will find a new home at Moteurs… Action! Stunt Show stage. As a result the show has obviously been slightly tweaked and re-imaged to cater for the new location, and of course will run to a limited and socially distanced audience.

It should also be noted that, due to expected popularity, guests hoping to see The Jungle Book Jive will require a reservation beforehand. These will be available via the LineBerty app available on smartphones.

The Lion King & Jungle Festival lives on in some other aspects of the park’s reopening, namely in snacks. A selection of seasonally themed treats can be found throughout the resort, but namely at Cable Car Bakery.

Rhythms of the Pride Lands and The Jungle Book Jive will return to Disneyland Paris on the 15th & 22nd August respectively.