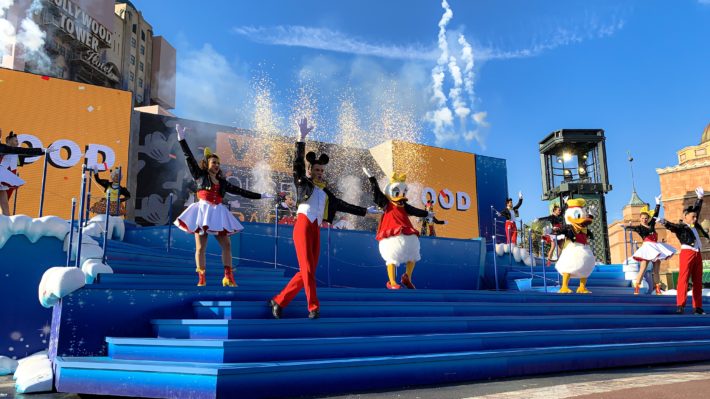 Surprise Mickey, the fan favourite show of the World’s Biggest Mouse Party, will return to Disneyland Paris this Christmas.

The runaway hit that reunites guests with Pirates & Princess stars Betty Rose and Jimmy Ocean has been confirmed to be returning for this year’s festive period in Walt Disney Studios Park. Just as the 2018 outing Minnie and the gang look to arrange a surprise birthday bash for Mickey, with the help of others.

Stylised #SurpriseMickey, the show first joined Disneyland Paris as part of its celebration of Mickey Mouse’s 90th birthday. With a totally redesigned Production Courtyard stage it was the main centerpiece of the Studios’ contribution to the event which ran from November to January 2019. As part of this year’s Christmas celebrations the show will run from Friday 15th November – Sunday 5th January 2020. 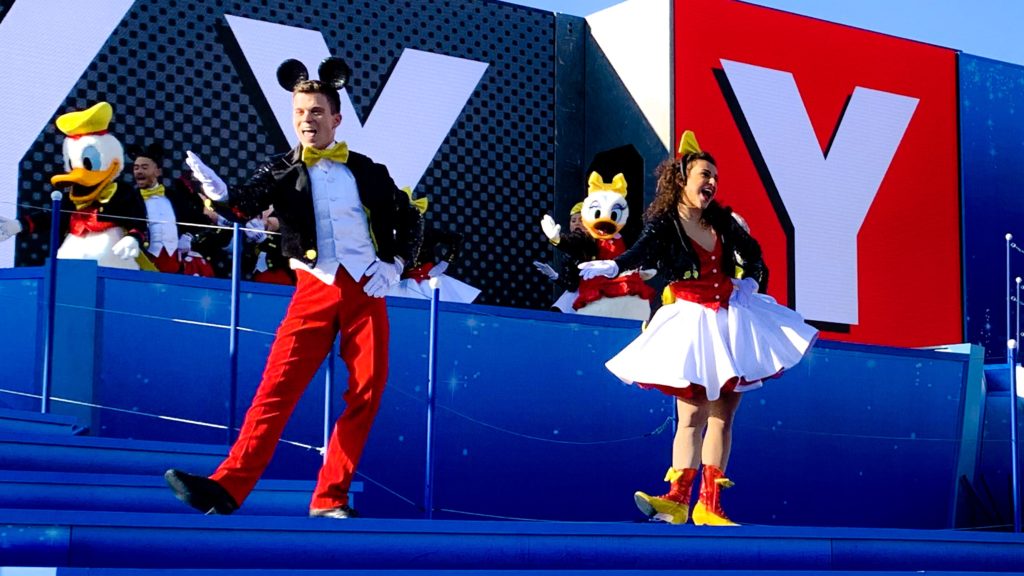 Suggestions that Surprise Mickey would return has been virtually confirmed for some time, now. Back in late May, ED92 announced via audition callings that stars of the show Betty Rose and Jimmy Oceans were set to return. Although no show name was given at the time, the audition date of October – January strongly hinted towards the Mickey centered show.

It’s set to be a busy Christmas period over in Walt Disney Studios Park. Last year’s star show, Mickey’s Christmas Big Band, is set to return once again to Animagique Theater and guests will also get to meet up with their favourite characters of Frozen in the Animation Celebration when it opens this Winter.

Disneyland Park is also set for a return to tradition during the festive time with several key elements such as Disney’s Christmas Parade coming back. The 25th Anniversary show The Starlit Princess Waltz is also set to return on the Castle Stage.

As for Betty and Jimmy, this marks the second occasion this year for guests to see their beloved original characters. The pair initially returned to their season of origin, the Festival of Pirates & Princesses for the 2019 edition which accumulated into the energetic send-off that was the Annual Pass party.