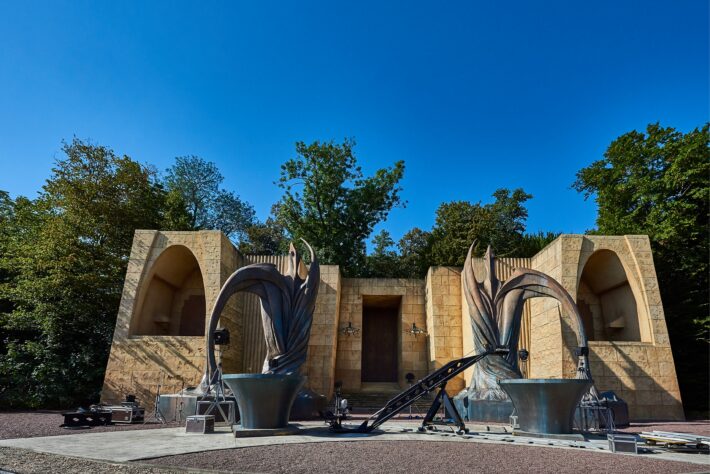 Studio Tram Tour: Behind the Magic at Walt Disney Studios Park has closed permanently as it prepares to be rethemed into Cars Route 66 Road Trip.

There was no fanfare among Production Courtyard to see off the tour when it the trams rolled into the station for one last time on 5th January 2020. Nor were there any activities or occasions to mark this moment in Disneyland Paris history, unlike previous Studios names which bowed out mere months ago.

An opening day attraction for the second gate, Studio Tram Tour was projected by Imagineers and management to be the flagship attraction of the park when it guests first embarked on their journey with narrator Jeremy Irons and co. This was by most part due to the major success of the Backlot Express Tour at Disney’s Hollywood Studios, a behind the scenes tour which was the major inspiration and in most areas and a direct clone in others.

Unlike its American cousin, Paris’ Tram Tour was fighting an uphill battle from day 1 without the novelty of being located in a working film studio. A lack of upkeep and desire to refresh the attraction quickly lead to the tour becoming dated, with the tour finding a home only to interesting but very random relics of Disney Parks history and “movie props” of forgotten, failed projects like Pearl Harbor, Dinotopia and Reign of Fire.

There were at one stage plans to entire refresh the attraction with new set pieces inspired by Cars, Star Wars and The Avengers. Although initially appearing in the Project Sparkle plan for the 25th Anniversary this project was ultimately scrapped in favour – by Disney and fans – for the €2 billion expansion of Walt Disney Studios Park.

With the attraction now closed work can begin on an entire the retheme and reimagining into Cars Route 66 Road Trip. The most drastic of these changes include the removal of the entire left-hand side of the tour route (including the Reign of Fire sequence) along with a new entrance/station being constructed behind Toy Story Playland.

Initially announced last April at the InsidEars 1st Anniversary party, very few details are still yet to be shared regarding the new attraction. A look at the 2020 Walt Disney Studios Park map suggests that protagonist Lightning McQueen will play a role in the new attraction while Catastrophe Canyon, perhaps the only element fondly remembered from Studio Tram Tour, will survive and be incorporated into the Cars universe.

Cars Route 66 Road Trip will officially replace Studio Tram Tour: Behind the Magic when it opens in Summer 2020.