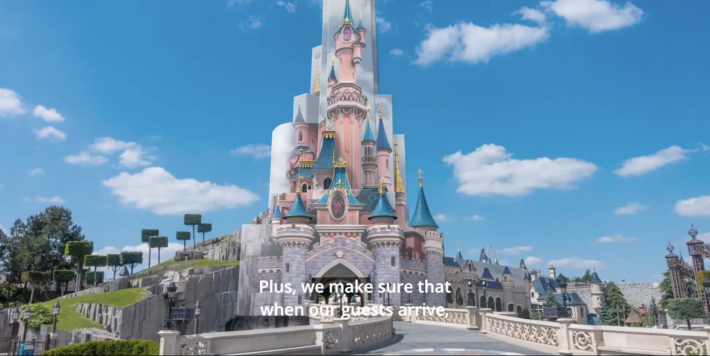 Sleeping Beauty’s Castle is to receive an enormous refurbishment unlike any it has ever seen before in preparations for Disneyland Paris’ 30th Anniversary.

The project, scheduled to begin next month is estimated to last just over a year which will see significant renovation and restoration work done to the Disneyland Park icon to return it to the immaculate glory guests and fans are so used to.

News of this major refurbishment was made during the InsidEars Christmas 2020 show, a virtual event showcasing some of the upcoming projects and additions coming to the resort in the next year. During the show, members were premiered a short video on the planned renovation with Artistic Director Tracy Eck discussing some of the major talent, techniques and importance of the project as the resort begins to put in motion preparations for Disneyland Paris’ 30th Anniversary in 2022.

This refurb is set to be a lot more than a simple repainting and will be one of the most ambitious projects ever seen in Disneyland Park. Key French craftsmen who have worked on historical icons such as Notre Dame in Paris have been drafted in to work on the renovation, particularly for some of the more intricate parts such as the castle’s turrets.

Indeed this refurb, which has been two full years in the planning, will also see the entire re-built of several towers within Sleeping Beauty’s Castle, replacing the older ones to ensure structural soundness. This will be achieved by lifting the towers to and from the castle via a crane; much like how it was done during Disneyland Paris’ construction days of the early 1990’s.

Imagineers will be working closely with the entire restoration team to ensure the project meets with their requirements, especially in terms of the colours used to maintain the beauty of the castle which in itself has become a landmark of Parisian, French and European culture for a generation who have grew up visiting Disneyland Paris.

Although the castle will remain partially open during this major refurbishment, the entire structure will be covered in tarp for the majority of the two years it is under work for. Naturally, a themed tarp will be created and used to give a glimpse of what the castle will again look like when complete. The tarp will also feature some special touches of its own including the appearance of Flora, Fauna and Merryweather, Princess Aurora’s own magical fairies watching over the work on the castle.

This is the first concrete information regarding work on Disneyland Paris’ 30th Anniversary with the celebration creeping towards us in just over a year’s time. Despite nothing else has yet to be confirmed for the anniversary previous mentions of a new parade seem to hint of a connection, along with the possible opening of the lake in Walt Disney Studios Park.

Sleeping Beauty’s Castle’s major refurbishment will begin from January 2021 and last until 2022, just in time for the resort’s 30th Anniversary.