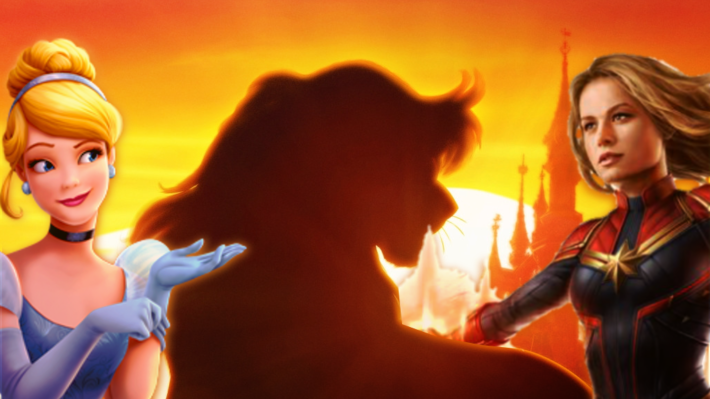 Looking inside the Disneyland Paris spectrum, it possible the current climate of the resort would seem a little bizarre. Ask most fans when their next (or hypothetical) journey to the magic is and there’s a fair chance you’ll get a response relating to one of the latest short term, theme specific seasons scattered throughout the year.

For landmark times of the year like Halloween and Christmas, this is pretty expected. Disney has always been known for going the extra mile during the festive and spooky times of the year. It’s the newer seasons that are still relatively new to the parks. The season dedicated to Star Wars in Legends of the Force, quickly followed by Marvel’s own tribute in the Studios. Even the generic concept of Pirates & Princesses became such a well loved festival it returned for a second helping.

Go back a few years and the idea of short, temporary seasons just a few months in length would be an alien concept outside of Halloween and Christmas. Disneyland Paris’ 15th anniversary successes saw the idea of yearly based celebrations with the likes of Mickey’s Magical Party and the New Generation Festival making waves in the late 00’s.

Now here we are, still in the first quarter of the year and two of these short term seasons already notched to the DLP belt. Less than a week at the time of writing will also see the opening of this spring’s Marvel Season of Super Heroes, with Summer playing host to the brand new Lion King & Jungle Festival.

As the frequency of these increase, with some seasons overlapping into others, its clear to see that the short term festival experiment has been a success. Why is that? What is it about these seasons that has captured the hearts, minds and wallets of guests more than what has been done before? If you ask me, the genius is within their short lifespan.

Through these seasons and festivals, Disneyland Paris has created a whole new way to visit the resort. Although the excitement and love of visiting the parks in their natural, seasonless state is still there, guests are now prioritising the time of their visits based around what season will be running. With such varying seasons running throughout the year there’s almost certainly a preferred time for every type of guest.

As for fans, it has given DLP geeks a new reason for repeated visits and to see as many different seasons as they can or want. Add to that the growing arsenal of private events and Annual Pass nights and you have the resort faithful returning to the parks more and more.

There are questions however to be raised by such a strategy. Although the majority of seasons have so far been well received and enjoyed by fans, the question of quality vs longevity is one forever thwart with short-ran events. Of course Disney and Disney Parks always strive for the highest level of quality regardless how temporary, permanent or timed it may be. That being said the budget for a three month show will only stretch so far.

Even the future needs to be planned carefully with repeat visitors taken into account while pushing to raise standards. Indeed, this year’s Legends of the Force registered as disappointing among those familiar with the season, especially as many felt it was more a downgrade than anything else.

As Walt Disney Studios Park begins the slow but much anticipated transformation as part of its €2 billion expansion, DLP is going to rely on these short term seasons more than ever to keep interest. Particularly in the Studios as more attractions begin to close and become foundations for the future. When that is finished however then the concept of themed festivals may well be redundant. There will be no need for a Marvel Season of Super Heroes as there will already be a full fledged Marvel land in the park. The same for Star Wars and Legends of the Force.

If the resort intends to keep this strategy into the long term horizon, unique and creative outputs will need to be established year on year. When the respective Marvel and Star Wars seasons have outlived their effectiveness there will need to be prime, relevant and interesting themes ready to take their place.

It is an outlook we have already started to see hints of with this year’s The Lion King & Jungle Festival. Unless popularity of Pirates & Princesses levels reign again it is unlikely this season will return, and that is a good thing. The season is quite clearly designed to capitalise on the 2019 Summer release of Jon Favreau’s The Lion King movie. This makes any kind of follow-up unneeded outside of popular demand.

When looking at the future of short term seasons, this I believe is the best formula to approach. Original, one-off festivals most probably used to capitalise on another event or release within The Walt Disney Company.

As Disneyland Paris ever continues to grow and add new, permanent experiences and adventures, the need for seasons to be used as a stopgap will diminish. Short, multi-month seasons and festivals have proven to be a runaway success and that is because of the new, interesting extras they bring to an already magical resort. Should the intention be for a continued output of these short term celebrations, they must always be used as a way to bring something different and original for the time of the year.

Do you agree with my thoughts on short term seasons and how they are being used at Disneyland Paris? What has been your favourite one so far and would you like to see their continued success? Let’s open up a narrative and send me your thoughts over on Twitter!