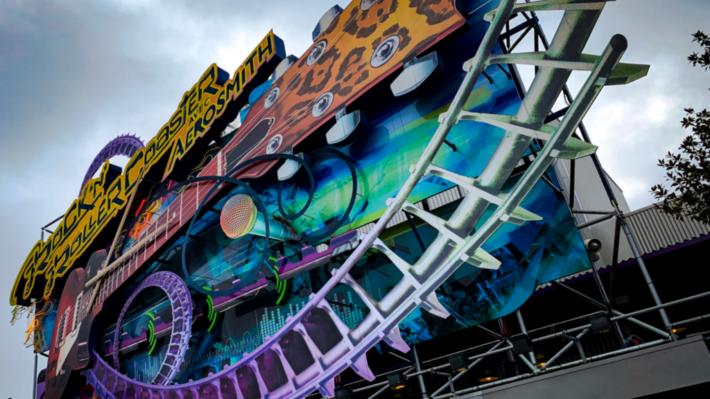 Rock ‘n’ Roller Coaster avec Aerosmith has permanently closed its doors in Disneyland Paris to make way for the future Iron Man and Avengers retheme of the attraction.

After an initial announcement at the start of the year, Sunday 1st September marked the final day of operation for the high thrilling roller coaster found in the Backlot area of Walt Disney Studios Park.

Rock ‘n’ Roller Coaster avec Aerosmith was of course an opening day attraction for Paris’ second gate. A direct clone in track layout from the original found in Walt Disney World Resort, the only differences were in facade and slight theme adjustments. Guests would be invited to a brand new ‘music experience’ with the rock band Aerosmith and their fictional record label, Tour De Force.

To mark the occasion and as a finale farewell to the Rock ‘n’ Roller theme, a limited edition Tour de Force magazine was available for fans in attendance of the attractions last day. By using the Fast Pass queue and giving the password “Sweet Emotions” (the name of a famous Aerosmith song that features in the attraction) guests would receive a 40 page magazine detailing the history and behind the scenes stories of the beloved coaster. 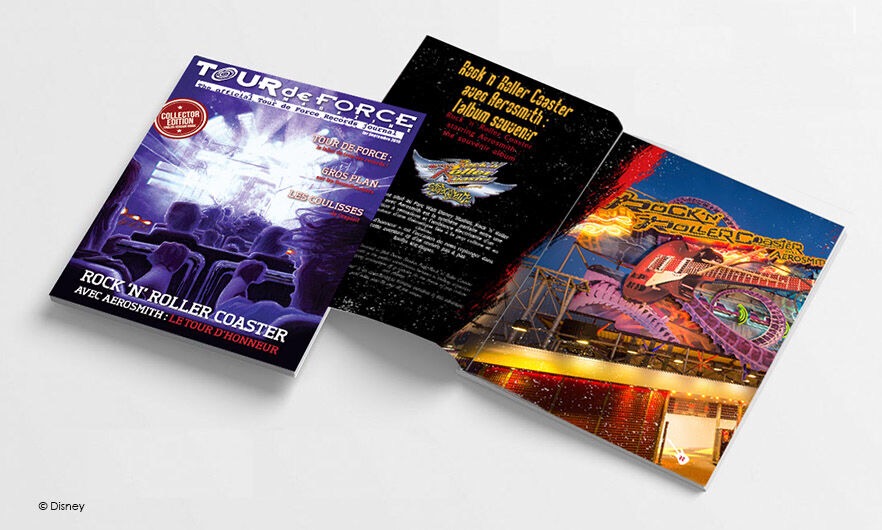 Although this may be the curtain call for Aerosmith and their thrilling antics in Paris, the core attraction will remain and become the home to another rock n roll lover. With Rock ‘n’ Roller Coaster now closed work will begin on an entire retheme of the attraction into an Iron Man and Avengers experience. This will be the first Marvel theme roller coaster by Disney for a Disney park.

Details are still very scarce on what the retheme will entail, but recent public plans suggest an entirely new queueline and pre-show while the track layout will remain untouched. The attraction will become part of the recently named Avengers Campus project replacing Backlot in Walt Disney Studios Park.

Avengers Campus is a joint venture between Disneyland Paris and Disneyland Resort to bring Marvel themed lands to both of their second gates. Although construction work has already began in both locations Disney Calfornia Adventure’s is set to open prior to the Studios’ 2021 end date.

Officially unveiled as part of the D23 Expo was also an interactive Spider-Man attraction that will appear in both Walt Disney Studios Park and DCA. The attraction is set to open in the States next year before joining Rock ‘n’ Roller Coaster’s successor at Disneyland Paris the following year.

Are you sad to see Rock ‘n’ Roller Coaster avec Aerosmith permanently close at Disneyland Paris? Are you excited for the future Marvel retheme and what new life it may bring into the attraction. Be sure to let me know over on Twitter!