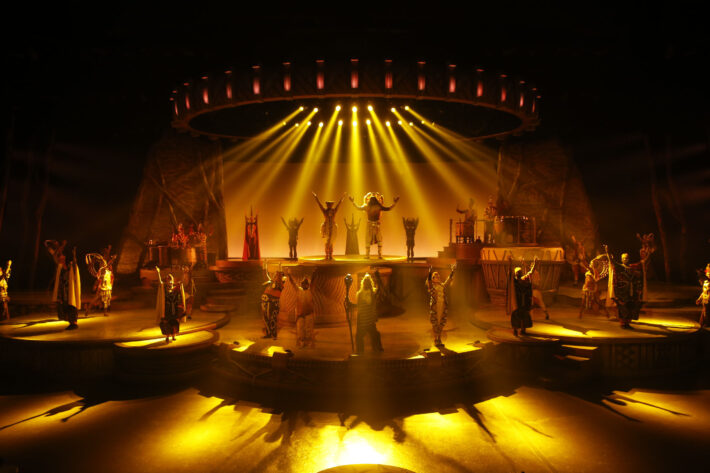 Performances of The Lion King: Rhythms of the Pride Lands and The Jungle Book Jive have been cancelled until further notice, it has been announced.

The two fan favourite shows were set to be the final hurrah of Disneyland Paris’ Summer 2020 season and run throughout Autumn, though the decision has been made to suspend both events for the rest of the year.

Doubts of either show reaching its intended longevity have been present virtually since their returns. Despite a positive start the second iteration of Rhythms of the Pride Lands was forced to close on numerous occasions and spend extended periods with no daily performances.

This was more than could be said for highly anticipated Jungle Book Jive, however. The show was set for a re-imagined returned in the newly re-named Stunt Show Arena before the plug was pulled at the 11th hour. Today’s confirmation means the show will have gone the entirety of 2020 without a single public running.

As the COVID-19 coronavirus pandemic continues to spread in France and Europe, attendance has taken a major hit despite re-opening to the public in July. As a direct result to guest occupancy not reaching estimates several Disney Hotels have had their re-opening dates delayed, with Hotel Cheyenne opting to close for a second time during late Autumn and Winter.

Park hours are also set to be reduced due to the lower attendance. From 14th September, both Disneyland Park and Walt Disney Studios Park will operate most days until just 6:00pm.

Had the two shows returned to perform as planned, both would have been adapted to ensure the current health & safety measures in place could be practiced. This would have included social distancing within seating and the use of Lineberty to eliminate excess queuing.

Disneyland Paris are yet to provide any dates or indication when either The Lion King: Rhythms of the Pride Lands or The Jungle Book Jive will return. Given their cancellation for the rest of the year however it is likely neither will be seen by guests until Summer 2021 at the earliest.