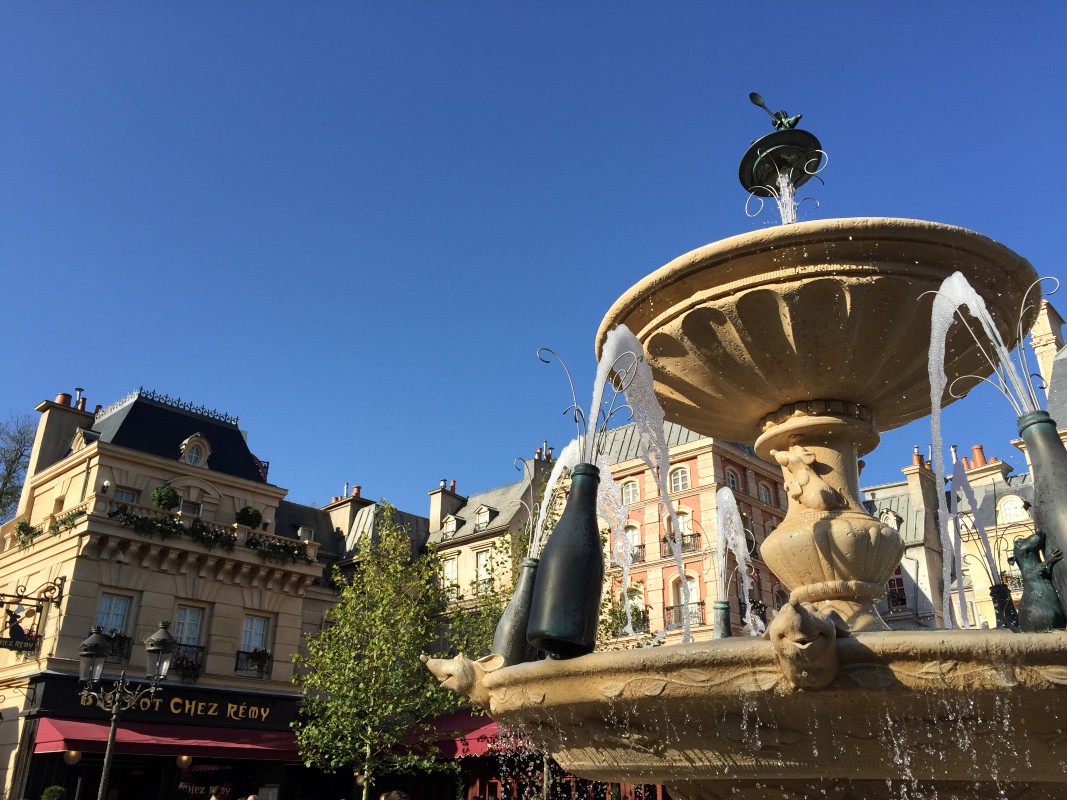 It has been several months now since Disneyland Paris’ latest E-Ticket opened its doors in WDS but by no means has the popularity decreased. The rule of new continued to prove itself in my most recent trip with queues hitting well over 60 minutes throughout the day for Remy’s debut attraction. This – along with the glowing acclaim it has received across the net – must surely make Ratatouille one of the strongest attractions DLP has to offer? In my opinion at least, this is not the case at all.

Before I delve further into this critique, I want to make clear I went into the attraction as blind and opened minded as possible. I have not (and still haven’t) read a single review or report on the Rat nor did I watch any videos or look at interior photos. I wanted to be completely surprised going in but also capture what your average guest will also experience. I should also use this opportunity to say I rode the attraction twice; once in the single riders and once during Extra Magic Hours using the standard queue.

My biggest criticism from Rat has got to be the technological aspect of the attraction – surprising as this is something wildly praised by others almost unanimously. As those lucky enough to have experience the attraction will know, Imagineers have used 3D film footage to simulate the feeling of being chased around Gusteau’s famous restaurant. It’s clear that they hoped this to be a realistic comprised to actually building gigantic sets while still giving the immersive feeling of running for your life from angry chefs. In reality however, we are treated to a very obvious projection screen while our vehicle – known as “ratmobiles” – judder for a few moments. Not once did a get any feeling I was even moving, let alone sprinting from shelter to shelter inside a busy kitchen. The scenes in which you were “falling” I especially found disappointing, as there was no sensation of doing so while this has been easily achieved on much older attractions like Star Tours. There was as much immersion from those scenes with the projectors as there is watching the 3D Blu-ray the attraction has been inspired by. Another aspect that saw a lot of love were the additions of effects such as heat, coldness and smell. Maybe I got unlucky but on both occasions I failed to experience a single smell and by the time I had noticed the chill from the freezer or heat of the oven, we were already off to the next scene. I understand that we can’t have guests battle sudden changing elements for too long, but if we can have bursts of fire appear in other attractions and shows like Tram Tour, Armageddon and Dreams!, why can’t they be a bit more generous with Ratatouille’s heater?

Much like Walt Disney Studios itself, I can’t help but get the feeling Ratatouille is going through an identity crisis; it doesn’t know what it wants to be. While the large props from the freezer and finale are pretty to look at, the sudden jump from CGI film to actual props is too much of a contrast to give any impression of believability. When leaving the projector scenes I was expecting more of the same but instead felt like I was transported to a completely different attraction altogether with oversized fish and steak. This was also the case vice versa as I groaned to the sight of another large screen waiting to give me the bumps. The best comparison I can make to this is watching a Hollywood blockbuster that hasn’t aged well, it’s obvious what is real and what was generated in a computer. This is what Ratatouille feels like, a hybrid of a 3D movie such as HISTA/Captain Eo and a heavily prop based dark ride like Pinocchio or Phantom Manor – neither of which are done effectively enough for me to see past the flaws of the other.

Bringing the mood to a slightly more cheery place, let’s talk about what I actually liked. The queue is definitely up there as one of the best WDS has to offer, coming second only to Tower of Terror. While the sudden jump from human to rat size annoyed me at first, I grew to accept it as there was a very nice level of detail on the rooftops and what I imagine is a drain pipe tunnel. I was especially pleased with the Gusteau sign which took me by surprise when it started talking. The exterior and overall area of Place Des Remy is also a really nice place to be in and feels a million miles away from the concrete of Backlot and Production Courtyard. With the exception of the water fountain which I feel is a bit too silly with its champaign bottles and Remy heads, the area is a true Parisian square that wouldn’t look out of place in the real city. Definitely one to experience during the quieter times of EMH when the crowds won’t make navigating through a nightmare. Chez Remy I didn’t experience but from what I saw I’m still very disappointed in the theming. If I’m going to eat in a restaurant inspired by a film about a restaurant, that’s where I want to be, not an oversized rat restaurant that seems to only exist for that ‘Blue Lagoon effect’ in the attraction’s finale. It would be like if the Be Our Guest restaurant over in WDW was themed to the pub during Gaston’s song; it just doesn’t feel right.

To wrap this up and serve it under a cloche, Ratatouille will present itself on your plate with some of the best scenery WDS has to offer, that is if you’re okay with taking the chicken exit before boarding. Once you take a bite however and get into that ratmobile, it turns into an unsavoury dish of immersion breaking flaws that genuinely left me puzzled as to how anyone can rank it the best attraction in Disneyland Paris. It really pains me to say this but in my honest opinion, Ratatouille is a bad attraction.