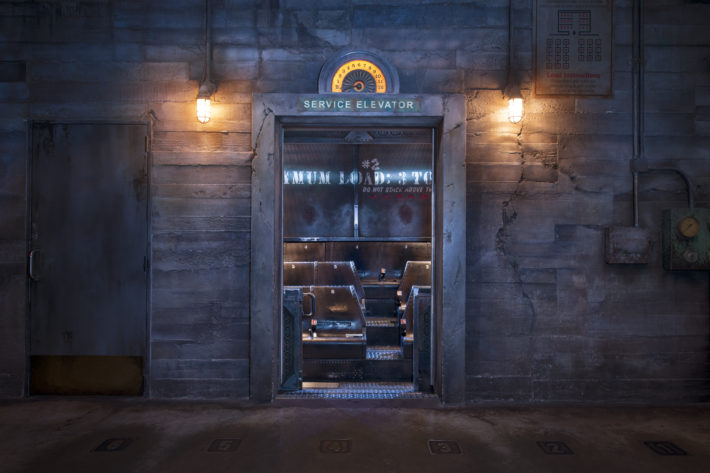 The Twilight Zone Tower of Terror will soon be getting the addition of randomised drop sequences at Walt Disney Studios Park.

Seasoned travellers to the fifth dimension will know currently the Hollywood Boulevard attraction follows a pattern of drops in both frequency and length each time it lures unsuspecting guests through its service elevators. From 28th September however the element of surprise will return as this element of the ride experience becomes random.

Initially announced during the InsidEars 1st Anniversary event, fans were merely teased at the time the updated experience would come in time for Halloween. Today not only have we received confirmation on a date but also that it will be a permanent new feature to the Tower of Terror.

Random drops aren’t the only thing coming to the Tower, either. New lighting and visual effects will be updated and added to the show experience, along with the tease of “new stories” for guests to experience when riding the attraction.

Also hinted at is the inclusion of an ‘iconic’ character to The Twilight Zone Tower of Terror, who is expected to appear as part of the new random drop sequences in some form.

“At Disneyland Paris, we regularly want to reinvent the guest experience to continue to surprise them and bring them new thrills and emotions.” said Bjorn Heerwagen, Show Design & Production Director for Walt Disney Imagineering.

“We look forward to unveiling the new drop sequences and effects at the Twilight Zone Tower of Terror, which will create memorable and terrifying memories for guests of the Hollywood Tower Hotel.”

Opening back in 2008, the Disneyland Paris iteration is the third Twilight Zone Tower of Terror to receive random drop sequences. The original version in Walt Disney World was the first to get the experience changing update to mark its 10th anniversary in 2004.

It was another ten years before Disney California Adventure’s version got a likewise update to celebrate its decade of operation. When the attraction was then entirely rethemed into Guardians of the Galaxy – Mission: Breakout! randomised drops appeared from day 1.

Are you excited for The Twilight Zone Tower of Terror to at last be enhanced with random drops? Where you rank the current ToT experience against others in the world? Be sure to let me know your thoughts when you drop by my Twitter!