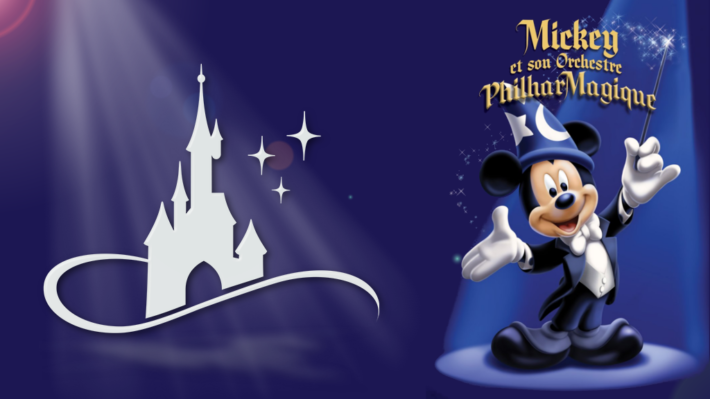 Disneyland Paris announcements are coming thick and fast this year. With rethemes, new shows and huge master plans revealed all in the past 5 months, it felt like there were no more surprises left to provide fans with as we approach the Summer of 2018. That all changed with the recent Disneyland Paris ‘InsidEars’ launch event which served as a platform to unveil several projects and intentions for the next few months and beyond.

Of those announcements was something which caught everybody off-guard, not only on its content but quick turnover. International Disney Parks favourite Mickey’s Philharmagic will be coming to Discoveryland Theatre and set to debut as soon as October of this year!

Immersive experiences through innovation and imagination. #DisneylandParis to open a new experience in October 2018. A 4D adventure in music and movement through Disney classics: Mickey’s PhilharMagic. #DLPInsidears pic.twitter.com/F5e4fgkqnp

Not only a massive announcement that seemed to have came out of nowhere, it is brilliant insight into DLP management’s understanding on the importance of show entertainment in the resort and how Disneyland Park cannot be left to neglected as its Studio neighbour gets all the attention. Management claimed that their goal is to ensure ‘no theatre is left empty’, and this certainly is a step forward in making that a reality.

An opening date of October – just 5 months away at the time of writing – is probably the best news from the entire event announcements. Disneyland Paris fans have gotten used to new attractions and show begin their spin in the rumour mill sometimes years before they become realised, with official word only appearing as the ribbon is being cut. PhilharMagic’s announcement is a massive breath of fresh air for DLP and such a positive sign that things are taking a more professional, organised and exciting direction. We of course saw hints of this already with news like the new Pirates of the Caribbean scene and Walt Disney Studios expansion plan, but the spontaneity of this one feels somewhat sweeter; especially as those planning Halloween trips now have something brand new to also look forward to.

But, what is Mickey’s PhilharMagic and should we be excited about this coming to Discoveryland Theatre? I will admit that my knowledge on this show is very lacking compared to other oversees attractions. Using my current understanding however – and some research – I have come up with some speculations as to what we may expect and its future in Disneyland Paris.

For those completely unaware, Mickey’s PhilharMagic is described as a 4D theatre show that uses 3D technology, water, smells and of course classic Disney characters to tell a unique story of Disney music. I’ve heard in the past that despite Mickey Mouse’s name appearing in the title and his role as conductor to the PhilharMagic orchestra, the show mostly follows Donald Duck. I’ll not be watching any footage prior to October as to go in as blind and open minded as possible but this does give me vibes of the old Animagique. Perhaps this will be seen as the spiritual successor to the old Animation Courtyard show?

While this news has been met mostly with excited responses, especially from those who have witness the show in Walt Disney World, Hong Kong and Tokyo, I have seen some concerns and criticisms of the news. The main two being should Disneyland Paris be throwing such a thematically breaking show in Discoveryland and one that will be 15 years old at opening?

It’s a complaint I can certainly understand. As a lover of the Discoveryland of old this is just another nail in the classic theme’s coffin, joining the likes of Laser Blast and Hyperspace Mountain holding down the original vision of the land. That being said, Discoveryland Theatre has turned into a tricky spot for DLP to fill, having gone through Honey I Shrunk The Audience, Captain Eo, Ant-Man previews, Pixar shorts, Path of the Jedi and extended periods of closure all in the past 10 years. PhilharMagic is no more an intrusion on Discoveryland theme than the majority of shows that have populated the theatre in its lifetime. I would also much rather have a critically praised show running regularly in the space than nothing at all, wouldn’t you?

Indeed, the age of the upcoming show gives me the impression that it won’t be staying in the Discoveryland Theatre for very long, and only emphasises my theory a restructure is on the horizon. If management really did believe in Discoveryland Theatre being here for the long term, it would make much more sense to develop and entire new show just as they did with Mickey and the Magician and are currently doing with both Marvel: Super Heroes United and next year’s The Lion King show. No, I feel PhilharMagic is merely a placeholding show for the theatre. Something to ensure the building doesn’t remain empty particularly as other areas of the resort will be going under major refurbishments and redevelopments. This could be the first step (of a long, long process) in my theory of Tron Coaster ending up as a replacement for that plot of land.

What are you thoughts on Mickey’s PhilharMagic coming to Disneyland Paris? Are you excited in hearing the much loved show will be making its way to Europe? I’d love to hear your thoughts in the comments below and on Twitter!