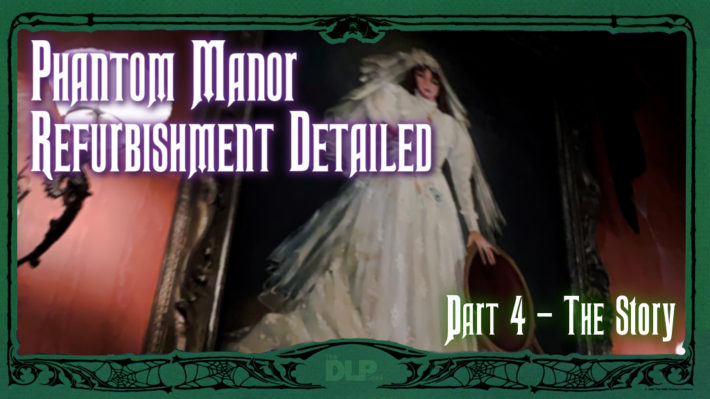 In the final part of this series we tackle the iconic story that encompasses Phantom Manor.

In the original Phantom Manor story, the groom was perhaps one of the most important characters despite having just a brief cameo in the attraction itself. A likable ‘city boy’ working at the Big Thunder Mining Company, the bachelor soon caught the attention of young Melanie Ravenswood perhaps by their shared interest in music. As their courtship turned to love it wasn’t long until the pair were engaged to be married.

Of course, the happily ever after sought by these Disney characters was never found. Henry Ravenswood, Melanie’s father and tycoon owner of the BTMC, refused to give his approval to marriage. His fear that the young man would take his beloved daughter off to the city and away from Thunder Mesa; along with the Ravenswood empire he had built for her.

Despite the tragic passing of Henry and Melanie’s mother, Martha, the wedding was still scheduled to go ahead as planned. That was until the mysterious Phantom began his haunting on the family manor. Capturing Melanie’s fiance before the ceremony, the Phantom hanged the groom from the tallest peak of Ravenswood Manor, the attic.

Completely unbeknownst to Melanie, she eternally waited for her partner to arrive and thus creating the legendary story of Phantom Manor.

As part of the major story changes in the Phantom Manor refurbishment, the groom, his engagement to Melanie and all tied to it has been removed. In its place is a brand new series of events in an attempt to spell reason behind the haunting of the manor. 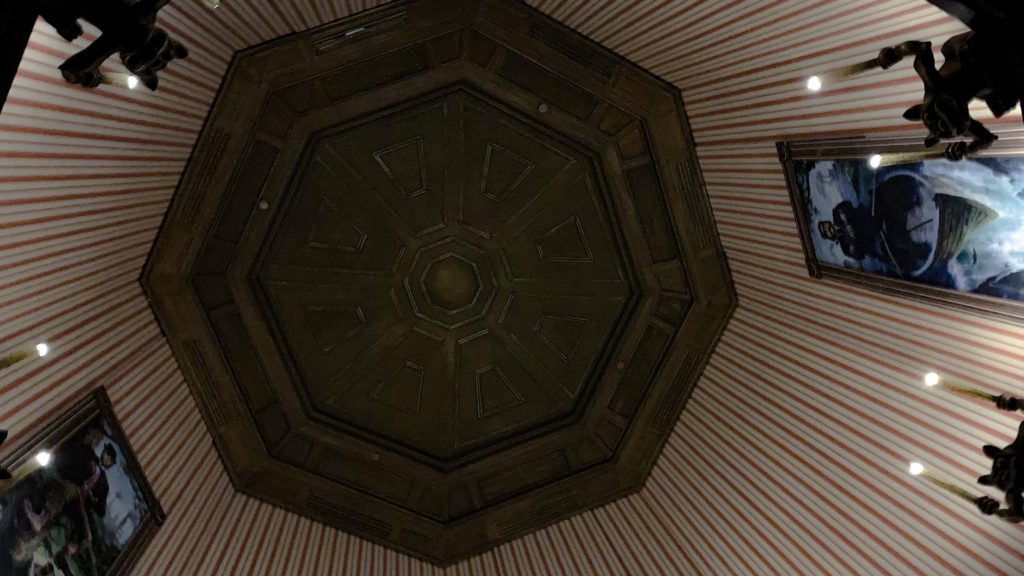 No longer a tale of murder and undying love, this new version of Phantom Manor’s story now introduced four brand new characters in the form of Melanie’s suitors.

Under the new narrative, Melanie Ravenswood now had relationships with four different men throughout her life in Thunder Mesa. These courtships were seemingly serious enough not only to warrant the protagonist having portraits with each suitor, but hanging them together in the one room.

As the Phantom details within the walls of the stretch room, these four were all succumb to tragic, freak accidents, though also suspicious in their nature and very coincidental given their names. Barry Claude was clawed to death by a wild Grizzly bear, Ignatius “Iggy” Knight got caught in an unfortunate dynamite blast, Sawyer Bottom met his end by buzz saw and Captain Rowan D. Falls, you guessed it, rowed his way off a waterfall.

In line with these new characters other changes to the story have been made. Melanie’s distraught tale and wandering of Phantom Manor’s halls is now from the belief she will never find a suitor to wed. Presumably donning a bride’s dress from desperation to experience what she never got to. This however fails to explain the portrait of the Ravenswood only child dressed in this attire, as with no wedding ever planned there would be no reason for such a piece to be commissioned.

NEW – Identity of the Phantom revealed 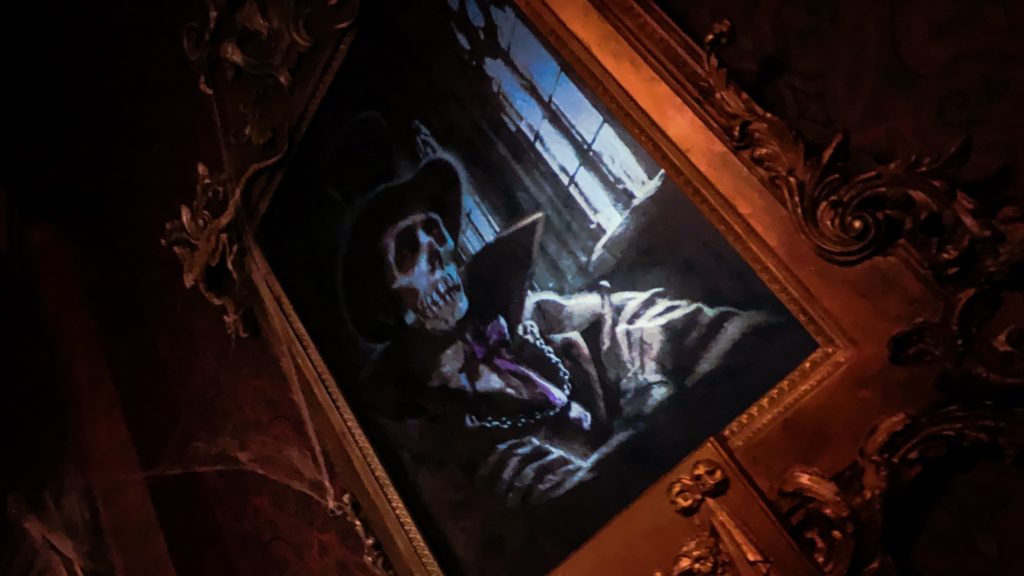 Forever the biggest mystery and perhaps the strongest story element of the attraction, the question of who the dark figure haunting Ravenswood Manor was something deliberately left unanswered by Imagineers back in 1992. Though evidence, motivations and clues were spread all around linking possible suspects to the demonic deeds done by silver skull, cloaked menace, there were enough theories and ideas spread by fans to create an age old question. WHO is the Phantom?

In the Phantom Manor Refurbishment project, that question has been answered. It is Henry Ravenswood.

Though not completely apparent when experiencing the attraction first hand, confirmation was made back on 12th April by the lead Imagineer to the refurbishment Tom Fitzgerald. During his presentation in the InsidEars 1st Anniversary event, Fitzgerald categorically confirmed that in this new version of the story, Melanie’s father and original owner to Ravenswood Manor is the mysterious Phantom.

With this shocking revelation that Henry Ravenswood is indeed the undead, evil figure who endlessly torments his own daughter, so too has his motivation in doing such a deed.

In the original story of Phantom Manor and the grander Thunder Mesa picture, many were quick to point fingers at the stubborn, demanding businessman due to a strong-willed belief of Melanie remaining within the walls of the Manor he built. Fearing marriage would rid him from his daughter forever, many theorised that he had murdered the groom from beyond the grave. His selfish doings forever dooming his child to an eternity waiting.

Post-refurbishment, Henry’s motivation has been greatly simplified, if a bit inconsistent given his new Phantom alter-ego. Now, Ravenswood is drove to murdering the four suitors through rose-tinted glasses. He believes no man would ever be good enough for his darling daughter and such, no man should ever be with her.

Although this does ring through an exaggerated protective parent story, it fails to establish why – in after doing such acts – does the Phantom remain haunting the Manor walls. Indeed, neither does Henry’s new motive explain why he continues to haunt his ‘perfect’ daughter, laughing maniacally throughout.

As with the Phantom Manor refurbishment’s major changes to the attraction’s ending and epilogue, so too has the end of Melanie’s story that guests witness.

In the original version, Melanie of course makes a daring, selfless act. Sacrificing her soul to the evil Phantom to allow you the guest to escape from the Manor. The final scene proving that she has succumb to the evil spirits now baring no memory of what just happened.

Now, Melanie is seen one last time in the mirrors before guests disembark their Doombuggy. Appearing inside the vehicle, she is pleading guests to marry her, another sign of her new desperation to be wed that she is now asking whomever she may encounter.

Now curious friends, we have reached our conclusion. Every change, additional and removal from the massive, 16 month long refurbishment of Phantom Manor has been detailed, and so it is up for you to give your thoughts on this new era of the Disneyland Paris classic.

Should you be ever so inclined to, you can find my own opinions on right here in my Phantom Manor refurbishment review which available both in non-spoiler and spoiler edition.