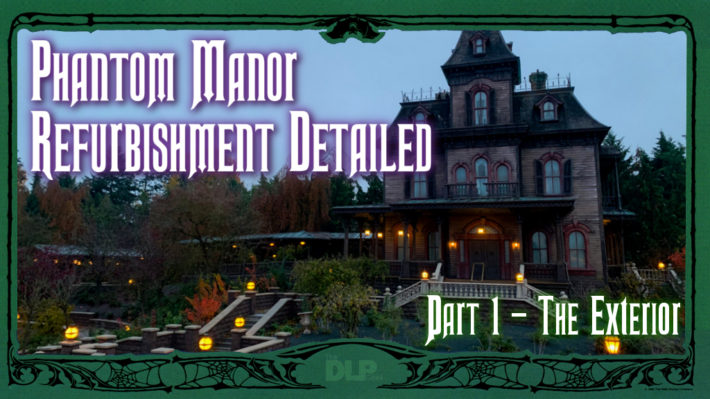 Where hinges creek in doorless chambers. And strange and frighting sounds echo through the halls. Where candlelight flicker though then air is deathly still. Phantom Manor is back.

After 16 months of closure, speculation, rumours and announcements the iconic Disneyland Paris attraction has finally reopened. For dedicated fans and regular guests alike the wait has been eternal.

In this three part series each and every detail regarding the Phantom Manor refurbishment will be identified and showcased. Being such a hardcore super-fan of the attraction and experiencing its new look for myself I’ve gone through every aspect of the Manor to find what’s new, what’s different and what’s gone.

Our tour begins here, not in a gallery but outside in gardens of the Ravenswood estate. Here’s you will find everything you need to know about the queue line, Manor building and surrounding area in this new post refurbishment Phantom Manor.

If you do not want to learn anything about what is new, gone or is different from the attraction, turn back now. Once you have experienced the Manor’s returned we’d be dying to have you back. For the curious souls left, have a frightfully good time… 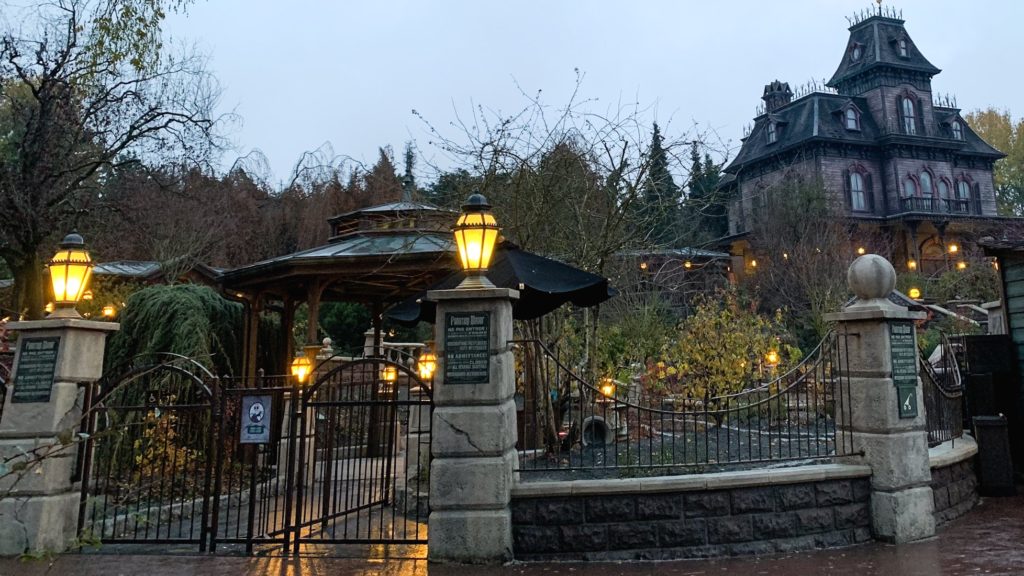 It may have been opened several months before Phantom Manor’s long awaited return, but located well within the grand home’s garden is something that came with thanks to this refurb.

Just left of the entrance gates to the old Ravenswood place is where you’ll find a brand new gazebo. Topped with its own lighting and winding path, it has become a popular spot for Disney characters to frequent and meet guests since opening in October 2016.

For the Halloween season, fan favourite Jack Skellington moved from his old photo spot to become a debut star of this new meet zone. As the festive months rolled in the Pumpkin King continued to reign, albeit under his Sandy Claws alter-ego.

By January however, a new character had made their way into Manor’s new gazebo and immediately felt at home. Throughout all of this year Mickey Mouse has been posing for photographs with guests donning a new outfit inspired by the Phantom himself.

It is unclear as of yet if the main Mouse will continue his residency now Phantom Manor has returned to welcoming curious souls. I for one however certainly hope so.

NEW – Details to the Manor building 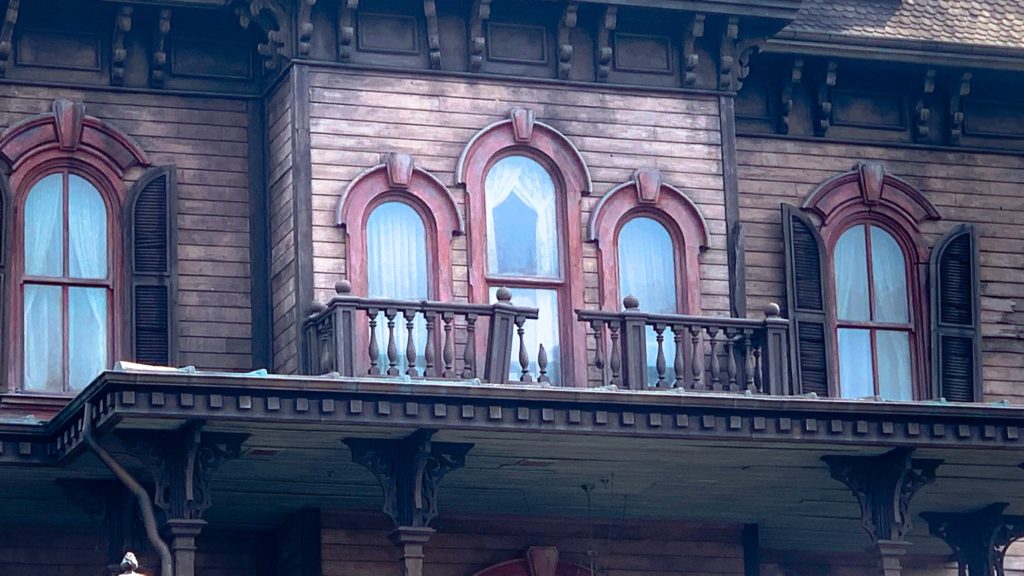 Gazing once again upon the deteriorated beauty of the Phantom Manor itself, eagle eye’d fans will be able to spot a few key additions to the structure’s theming and detail.

Dead center of the manor below the middle window of the first floor, the balcony support railing is now partially destroyed. A splintered break is now very visible.

Additionally, several roof tiles from the top left of the house have been removed. A weathered look from years of thematic neglect gives a visual hint of the inner supports Ravenswood and his family used to build up the impressive homestead.

Did you know: Some of the new details added to Phantom Manor’s show building directly reference that of WDI’s original model for the building. #PhantomManor pic.twitter.com/GgClNrDBso

These new levels of detail may seem very random to many, perhaps even unnecessary as the manor hasn’t exactly been void of the run down and forgotten appearance.

Those familiar with Walt Disney Imagineering’s original concept model created for Phantom Manor may recognise that these spots of interest were intended all the way back for 1992. Due to Phantom already exceeding its budget exponentially however they were seemingly scrapped until now. At last these little touches have found their way onto the real thing. A small part of WDI’s full vision for the attraction’s appearance has been realised. 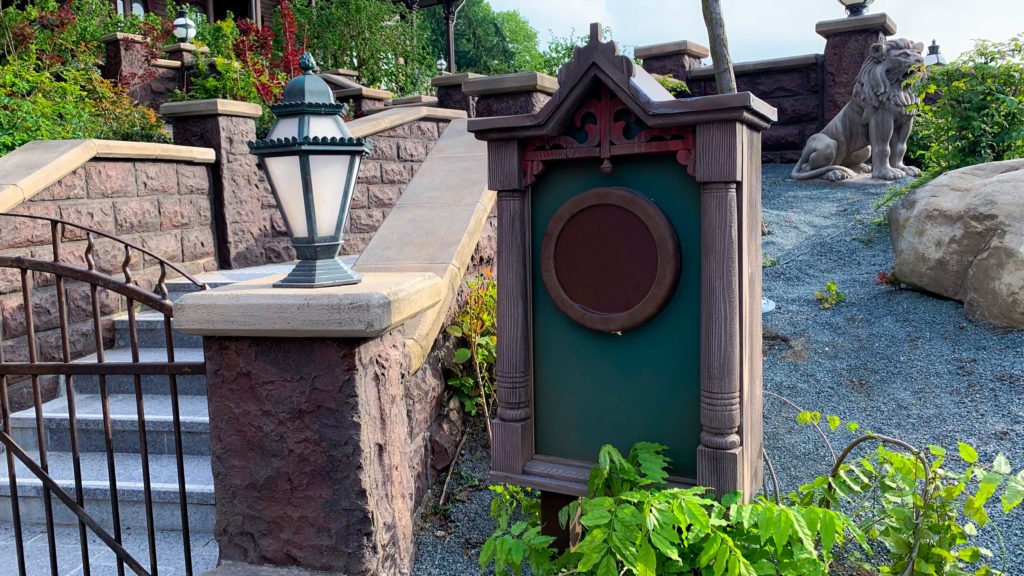 It may not be the first attraction that comes to mind when you think of the queue speeding service, but in the near future guests will be able to add Phantom Manor to the lucrative list of Fast Pass compatible experiences at Disneyland Paris.

Despite not being yet being officially announced, signs of the service coming have been clear for a while now. As early as last year signs and text indicating as such began to appear in the attraction’s entrance. These – including a Fast Pass clock provided by new DLP sponsor Citizen – essentially confirmed the rumours.

Indeed, the FP addition only became clearer and clearer when queue line railings appeared in the front staircase of the Manor. Something that wouldn’t be done unless they were planned to be used at a regular basis in future. 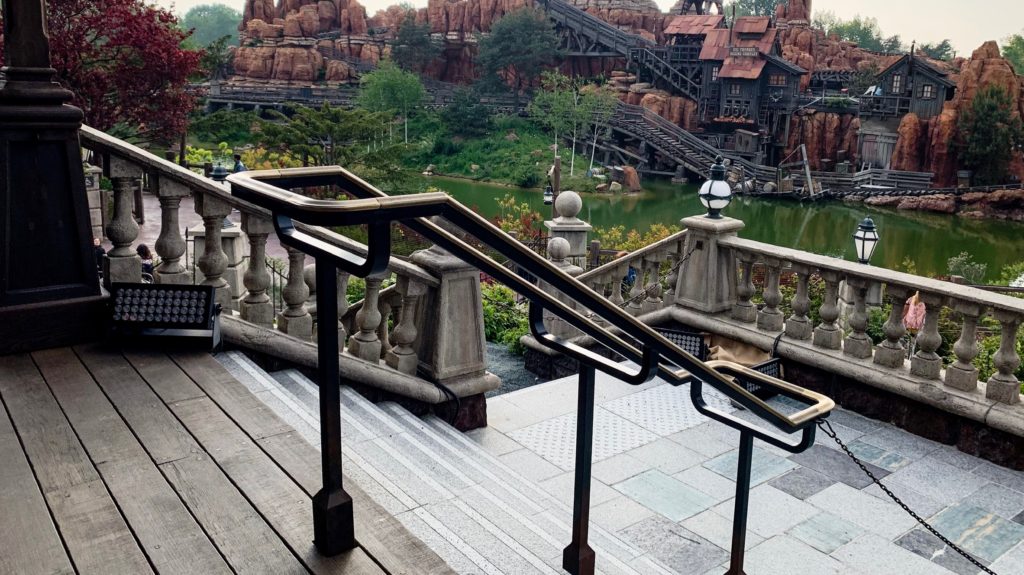 Unfortunately, we have no information when Fast Pass will be implemented into Phantom Manor. Indeed, with no sign of the ticketing machines questions are raised as to how the service will even be provided. Given the recent trials of Lineberty and the announcement of a revised Disneyland Paris app, it is possible Phantom could become the first DLP attraction with a fully digital Fast Pass system. 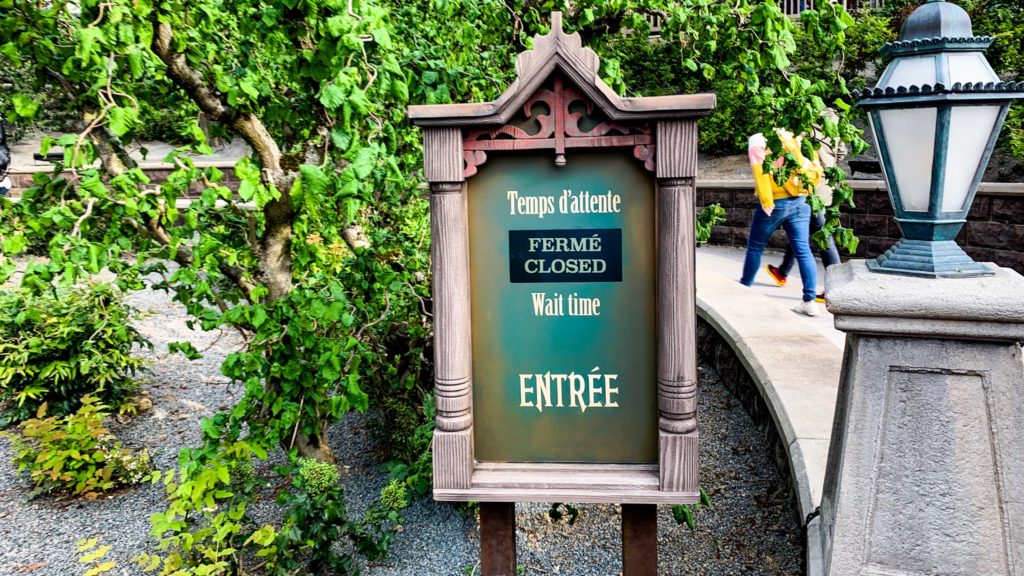 As you enter Phantom Manor again for the first time in over a year, you would be right to believe not everywhere is where it once was. The old, dated queue wait time has been completely replaced with a brand new digital system which still manages to nicely stay in theme. The Victorian era style board is partnered with the instantly recognisable font from the attraction’s logo.

This new wait time board has also seen a minor change to the queue line itself. Where the previous sign could be found right by the gates in Fontierland, this new one is further beyond inside Phantom Manor’s garden. Ushering guests in to the second pathway from the left.

Once a vary rarely used part of the Phantom Manor queue, the winding, splitting path towards and around the gazebo appears to be the new regular route for guests, at least on busy occasions. Time will tell what decisions Cast Members will choose on crowd flow from within their newly constructed shelter. 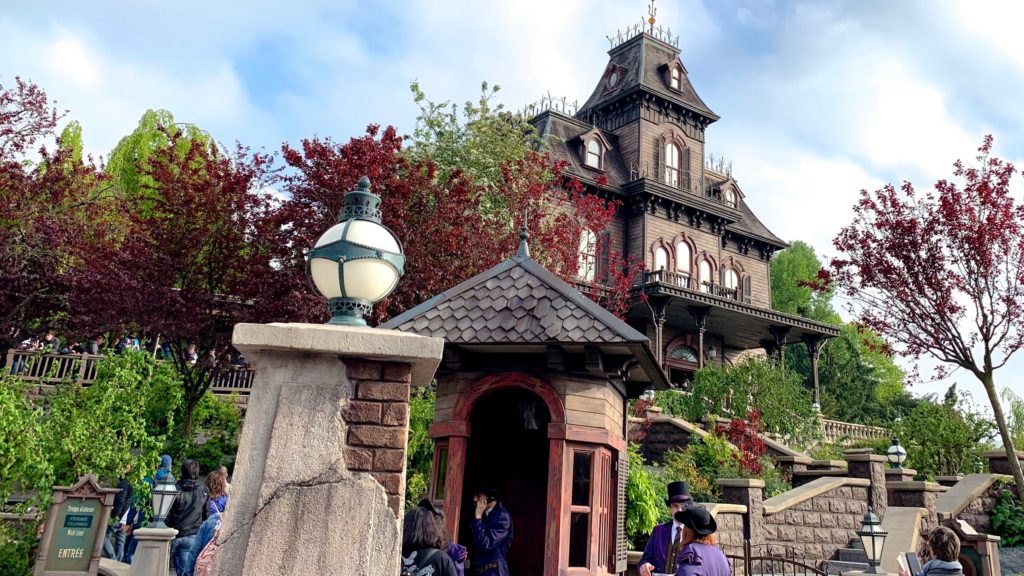 In the second part of this series, we will be passing through Phantom Manor’s queue, beyond the grand entrance doors and into the attraction itself. Click here to discover what new secrets may lurk within the walls of Ravenswood Manor.