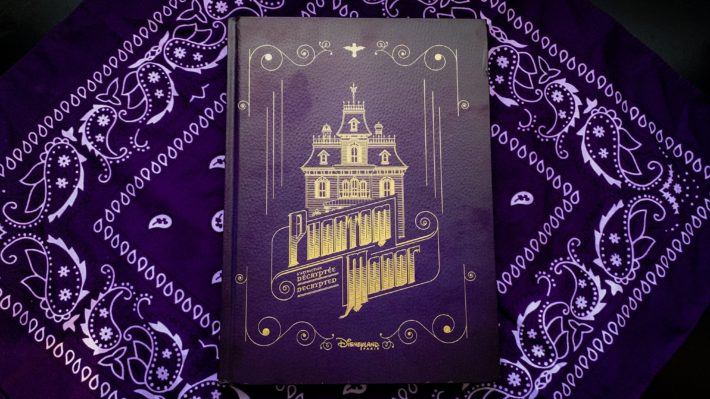 Phantom Manor is an attraction at Disneyland Paris that needs no introduction. The iconic re-imagining of The Haunted Mansion has garnered its own loyal following of adoring fans throughout its 27 years of welcoming curious souls brave enough to walk through its doors.

Indeed there is enough history and detail surrounding the attraction for a book solely dedicated to it – which is exactly what Disneyland Paris has done. Off the immediate success of last year’s Pirates of the Caribbean book the same team are back with Phantom Manor: Decrypted.

Where other Haunted Mansion inspired books understandably focus on the original attraction, Decrypted is the first time the tables have been levitated and turned. At last Phantom Manor has a dedicated, insightful and beautiful book to call its own. Encased in an elegant faux leather hardback this coffee table talking point goes into detail about the making of, the inspirations and the dedicated Imagineers who all went into creating the legendary Frontierland attraction. Here you will learned many of the behind the scenes secrets as well as some fascinating trivia about Phantom Manor’s early days.

Structured by several chapters, readers are taken on a literary tour of the 1992 attraction, stopping along the way to share important or noteworthy information. Every turn of the page takes you to another key part of the attraction as if experiencing it for real but with an in depth look beyond your Doombuggy. From the how the exterior was designed to help paint the story to the expert voice talent who was selected for each set piece, Phantom Manor: Decrypted spared no expense to give the most detailed and insightful look at Phantom Manor you will find in any book. 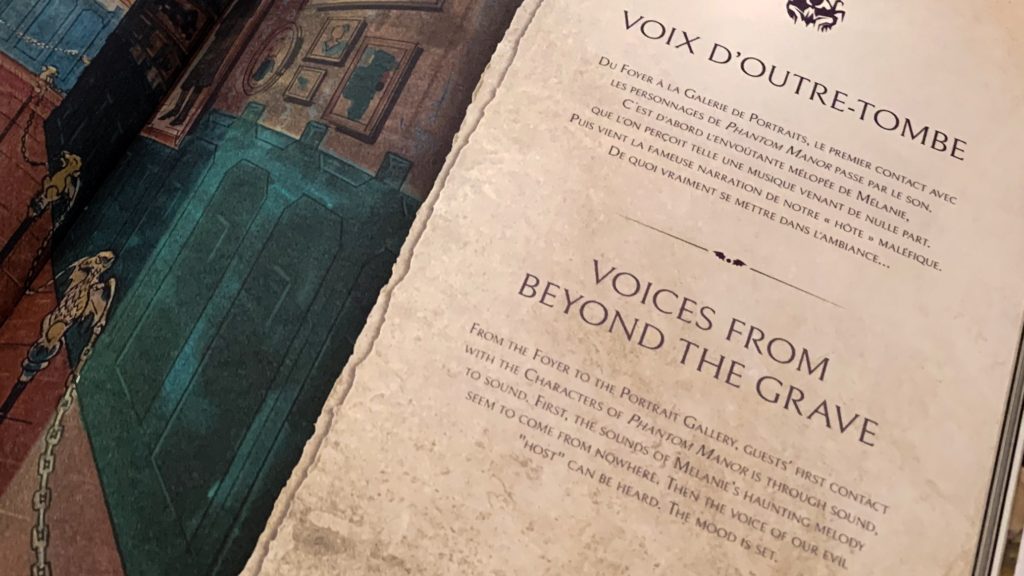 Of course Phantom Manor has recently been the subject of its most ambitious and extensive refurbishment to date, seeing major changes made to both the exterior, interior, effects and story. While much of Decrypted details that of what originally went into the attraction a large portion is also dedicated to the new changes to discover the how and why towards the decisions that were made.

Those familiar with other Disneyland Paris books such as the 25th Anniversary’s ‘A á Z‘ and ‘From Sketch to Reality‘ will feel right at home with Phantom Manor: Decrypted following a very similar layout. A general narrative structure is paired off with a wide selection of images and trivia on the manor throughout. Just as how the attraction caters for English and French guests with dual language dialogue, all text appears in both languages. That fear of picking up a book you can’t read completely eliminated thanks to this simple ingenuity.

Much like others of the coffee table variety, where the book truly shines is in its imagery and display of both highly detailed photos and concept art. Hardcore fans will no doubt recognise and welcome seeing many famous shots and masterpieces though there are several rarer items to be found. Despite a self proclaimed ‘Phantom Manor expert’, there were some pieces of concept artwork I had never seen before. That alone makes this a must own in my eyes! 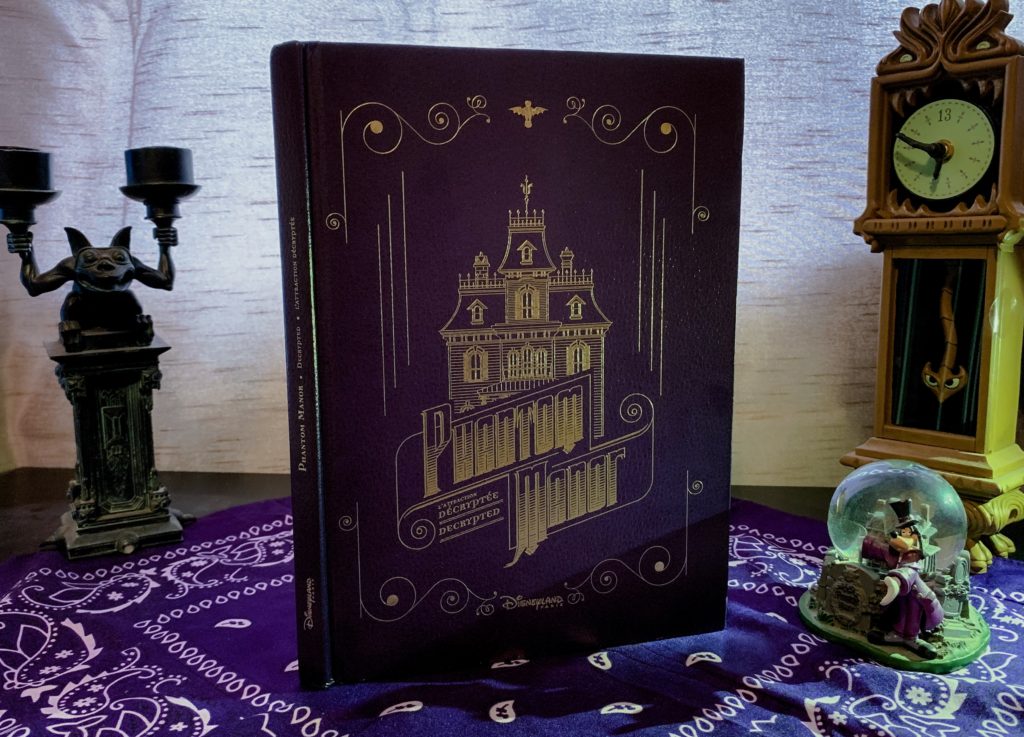 Whether you’re a DLP regular, honourary 1,000th ghost or just experiencing the attraction for the first time, Phantom Manor: Decrypted is the ultimate companion piece to the iconic attraction. As The Haunted Mansion celebrates its 50th Anniversary this year at last its younger, Parisian cousin has a completely dedicated history book and one to be proud of.

A big thank you to Disneyland Paris and the InsidEars team for providing me with a copy of the book.