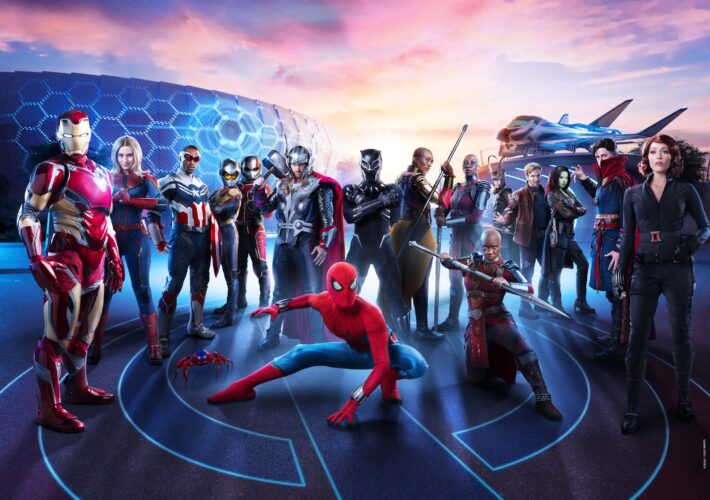 Avengers Campus is here and with it comes a whole new collection of stories and adventures for our favourite Marvel superheroes. One question I have seen mentioned a lot however when discussing the brand new land at Walt Disney Studios Park is where (or indeed, how) the story of the Campus fits? Is Avengers Campus part of the Marvel Cinematic Universe? How can certain characters be here if [SPOILER] has happened? Alternatively, is the Campus part of its own universe, planning to be expanded upon in other parks? Or is it a mesh of the two?

My goal here is to answer these important questions and establish the full story of what I am calling the Marvel Theme Park Universe. I have carefully went through all the previous Marvel attractions and shows that have appeared throughout the world in Disney parks and curated what I believe is the closest possible narrative structure leading us right into this new phase and the opening of Avengers Campus.

Do note however, this is just a fan creation. I am not part of nor have I any affiliation with Marvel or their theme parks division. This is merely the explanations of a dedicated fan who wishes to create a coherent structure to all Marvel projects that have appeared within the theme park. This does mean some creative liberties have been explored.

Without further ado I now present: The Marvel Theme Park Universe… the Story so far…

We live in the Age of Superheroes

Society is in an era where we don’t just walk among heroes, but we share this world super soldiers, sorcerers and Gods. While threats may emerge that could spell disaster to this planet and beyond we have protectors willing to do whatever it takes to save the day. A group of remarkable individuals who have came together to become something even more great: the Avengers.

Our story begins when one of the most eccentric of this group, Tony Stark aka Iron Man, looked to put his unique stamp of technological prowess onto the rest of the world in his signature headline grabbing way; simultaneously launching his Stark Expo exhibition across the global in Europe and Asia. With a platform in Paris and Hong Kong the visionary had truly achieved recognition throughout the globe from outside of the iconic suit just as much as in. But that level of notoriety can garner unwanted attention, enough to cause Avenger level threats.

The flagship exhibit of the first Parisian Stark Expo was without any argument the showcase in the latest of Arc Reactor technology. Such a valuable and unique engineering marvel was sure to raise eyebrows of power hungry foes of the Avengers. That’s exactly what it did do for the Asgardian God of Mischief, Loki.

Despite a surprise attack upon the expo, the quick thinking of Natasha Romanoff aka the Black Widow and Thor Odinson, accompanied by the new masked vigilante Spider-Man, they were able to thwart Loki’s plans and reclaim the Arc Reactor. And all with Mr Stark oblivious to any disruption while he dealt with his own issues on the other side of the globe.

Meanwhile over at the Stark Expo exhibition in Hong Kong, the Tony was busy presenting his latest vision in mass transit, the Iron Wing. Designed to give passengers a glimpse of what it’s like to fly in the style of Iron Man, those promises soon turned to reality as the exhibit was brought under siege by the evil Hydra. While the sinister organization were determined to bring mechanical destruction upon the city, Iron Man found help in fellow attendees and was able to push by the Hydra threat, for now.

A year had past and Stark Expo was adamant to rise from the controversy of before and nowhere could that be seen more than in Hong Kong, as work quickly went underway to create a permanent Stark Expo platform in the area. Additionally, Tony had managed to end generations of rivalries and begin a co-operation with PYM Technologies, creators of the Pym Particles and responsible for fellow Avengers Ant-Man and The Wasp.

Through a co-development with S.H.I.E.L.D, Pym was ready to unveil the EMP Blaster, a brand new handheld weapon capable of eliminating synthetic threats. Hydra, lead by their researcher Arnim Zola crashed the party, vowing revenge by unleashing nano bots to attack the S.H.I.E.L.D power core.. Thanks to the quick thinking of Scott Lang aka Ant-Man and Iron Man, attendees to the event were equipped with the prototype weapon, providing enough firepower to defeat the bots and put an end Hydra’s second failed attempt on Stark Expo. Formidable leader of the evil group, the Red Skull, was not present to witness this humiliating defeat, but only because he had his eyes set on bigger spoils in Europe.

Stark Expo returned for a second year to Paris with a catchy new theme song and a true spectacle to showcase. An upgrade from the previous year’s Arc Reactor, this latest version of Iron Man’s power source has been made from the precious and nigh indestructible metal Vibrainium. A result of the new found alliance Stark and the Avengers had made with Black Panther of Wakanda.

With Loki once again keen to get his hands on the renewable power source, the God made an unlikely alliance with the Red Skull. After besting that of security, Black Widow, Thor and Spider-Man, a deal was brokered between the two super villains. Loki had hoped to obtain the reactor in exchange for the Casket of Ancient Winters, a Frost Giant device capable of instantly freezing an object’s temperature. Loki quickly learned one could never trust Hydra as Red Skull turned on him, vowing to combine both weapons and achieve global dominance through the threat of cataclysmic destruction.

Such a powerful weapon requires a hero just as powerful to stop it, so that is exactly who the Avengers called towards. When all hope had seemed lost, Captain Marvel answered Romanoff’s distress call and flew in to help save the day. While this wouldn’t be the last time Earth’s Mightiest Heroes would call upon the cosmic protector for help, it did show the universe that Earth was ready for a higher form of war. This had the potential to call all sorts of unfathomable threats onto the world.

It wasn’t long after their encounters with Hydra and Loki that the Avengers were thrown into the fray once again, but this time facing odds they could never have predicted. The Mad Titan Thanos, on pursuit of his goal to wipe out all of existence in the universe, had been on a quest to gather the Infinity Stones to achieve exactly that. Seeing the heroics of the ragtag superheroes of Earth, he knew they would pose a threat to his plans. Working together they could topple his aspirations of destruction, so he had to make sure they never would assemble.

Using the mind stone, an Infinity Stone so powerful it has the ability to brainwash, several Avengers were forced to turn on one another, sparking spats and conflicts between the closest of allies. It was up to those unaffected by Thanos’ manipulation drones to remember where they came from and what it means to be a superhero and save those under the evil Titan’s spell, and that’s exactly what they did.

Having freed their friends from the prison of the Mind Stone, only Thanos and his adoptive daughter Nebula stood in their way. They had to put a stop to the Mind Stone Intensifier before it was too late and all of Earth would be under its power. Avengers… Assemble!

It was a long fought out and harrowing battle, but the team worked together and bested that of Nebula and her minions and destroyed all of the drones for good. Defeated but ever defiant, Thanos retreated his pursuit of Earth for the time being. Vowing revenge on Earth’s Mightiest Heroes in the process.

Preparing for the Future 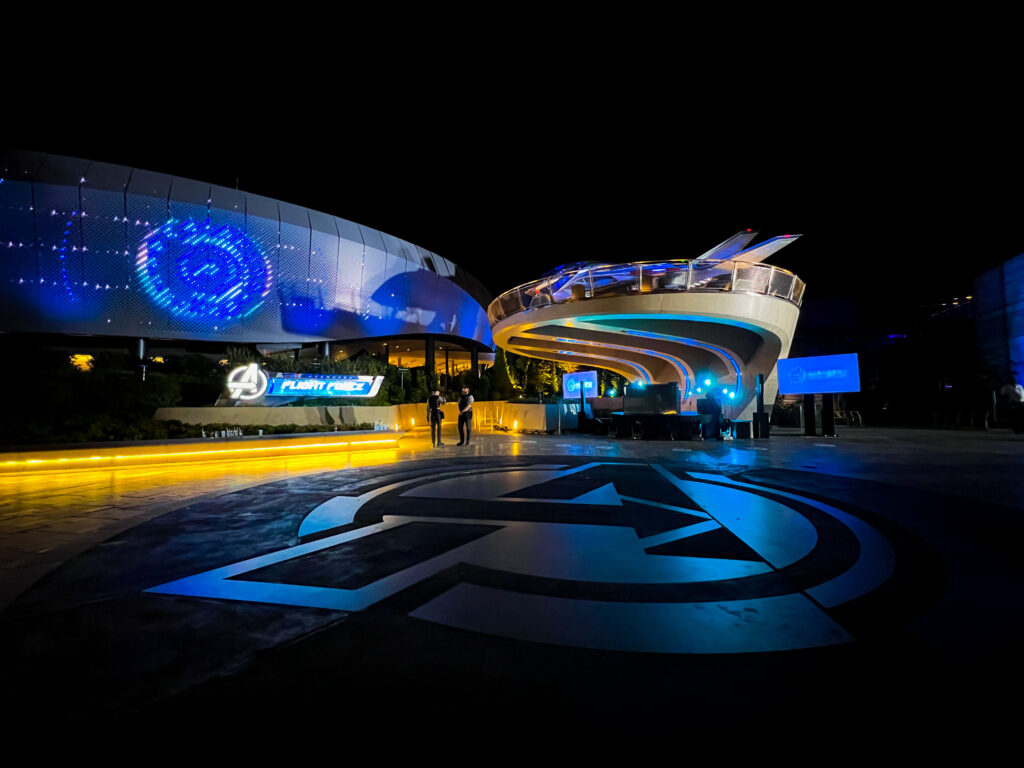 New heroes were recruited into the Avengers and mantles upheld. Steve Rogers’ long time friend and ally Sam Wilson, also known as the Falcon, was bestowed with his own shield and armour, earning the title of Captain America alongside his Brooklyn brother.

While work was achieved, more needed to be done and new heroes needed to be found. That is where an idea formed, the idea of a place anyone gifted with super abilities can go to understand their skills. To perfect these enhanced abilities and ultimately become the next generation of superhero. This idea was Avengers Campus, and it needed to be a global initiative.

Researching his old father’s portfolio for ideas and inspirations, Tony found a couple of long forgotten Stark Industries sites that would prove ideal for the campus project. An old military base of the Strategic Scientific Reserve in California and a research factory for prototype projects in Paris were quickly selected as the first two sites for Avengers Campus. Meanwhile, Hong Kong’s permanent Stark Expo presence would remain to achieve much of the same goals.

Construction teams worked tirelessly retrofitting and upgrading the existing buildings and adding new ones for the opening of each respective campus. While California would allow a mystic link to the Sanctum Santorum and Doctor Strange, Paris would become the European headquarters for the Avengers in a facility entirely operated by Tony Stark’s loyal AI, F.R.I.D.A.Y. Additionally, both campus’s would see a brand new initiative known as the Worldwide Engineering Brigade (or W.E.B) where the brightest and most eager of individuals can come to perfect their work and master their own inventions.

The European wing of the initiative also housed a new Training Centre for upcoming recruits can train among fellow Avengers while Stark Factory continued its makeshift role as a maintenance bay for battleworn equipment but also providing a quick spot for refreshment. That new found allyship between Stark Industries and PYM Technologies has continued into this new era of the Avengers too as Hank Pym’s legacy makes permanently residency in both campuses, with the two sites researching the affect of Pym Particles on foodstuff in a bit to end world hunger. 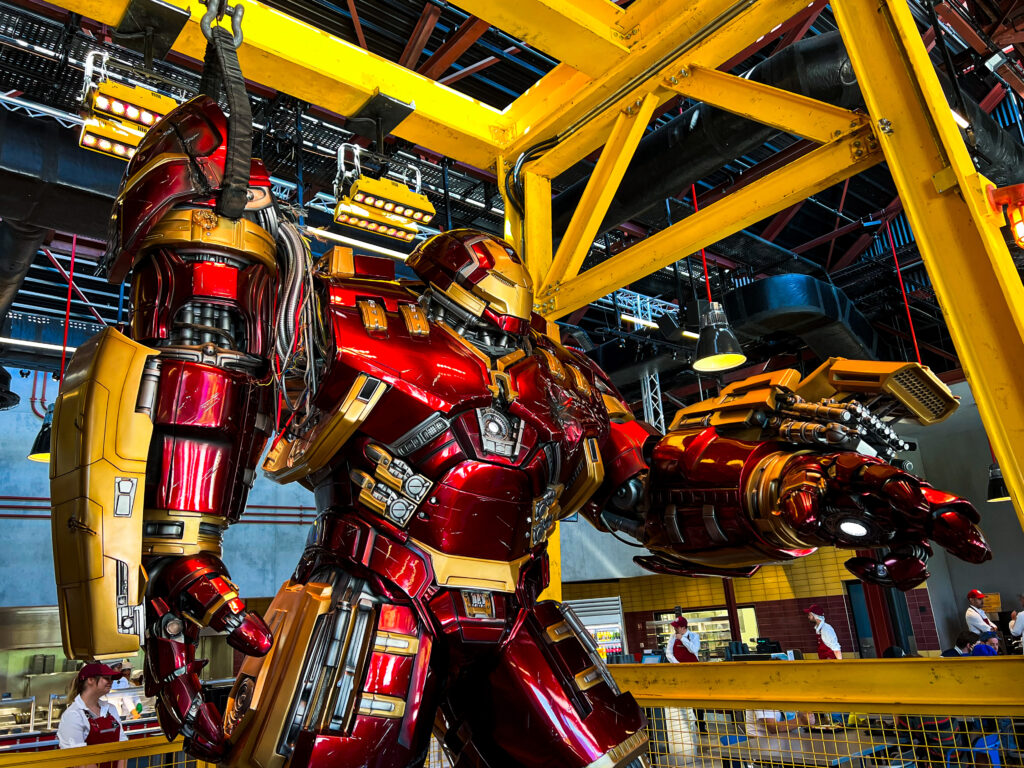 This is where you now come in and are part of the next stage of the Marvel Theme Park Universe. With Avengers Campus now complete the team are actively looking for new recruits. The W.E.B is now offering an Open House experience to see the facility for yourself while tours are now underway within the new European Avengers HQ.

Do you have what it takes to be the next Avenger? Find out when Avengers Campus officially opens to guests on 20th July 2022!