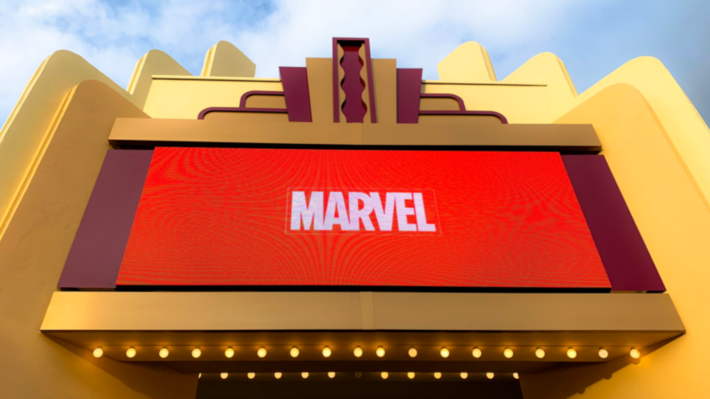 The Marvel superheroes are returning to Disneyland Paris! 23rd March to the 16th June 2019 is when you can encounter the likes of Captain America, Black Widow and Thor in the second dedicated season after Marvel Summer of Super a Heroes this year.

Few details on the season’s content have been announced of yet – though I have plenty of suggestions on changes that should be made. One that must be made regardless of feedback is the name. You can’t hold something exclusively in the Spring period and label it Marvel Summer, after all. Though nothing concrete has been said, official sources have using the name Marvel Season of Super Heroes. 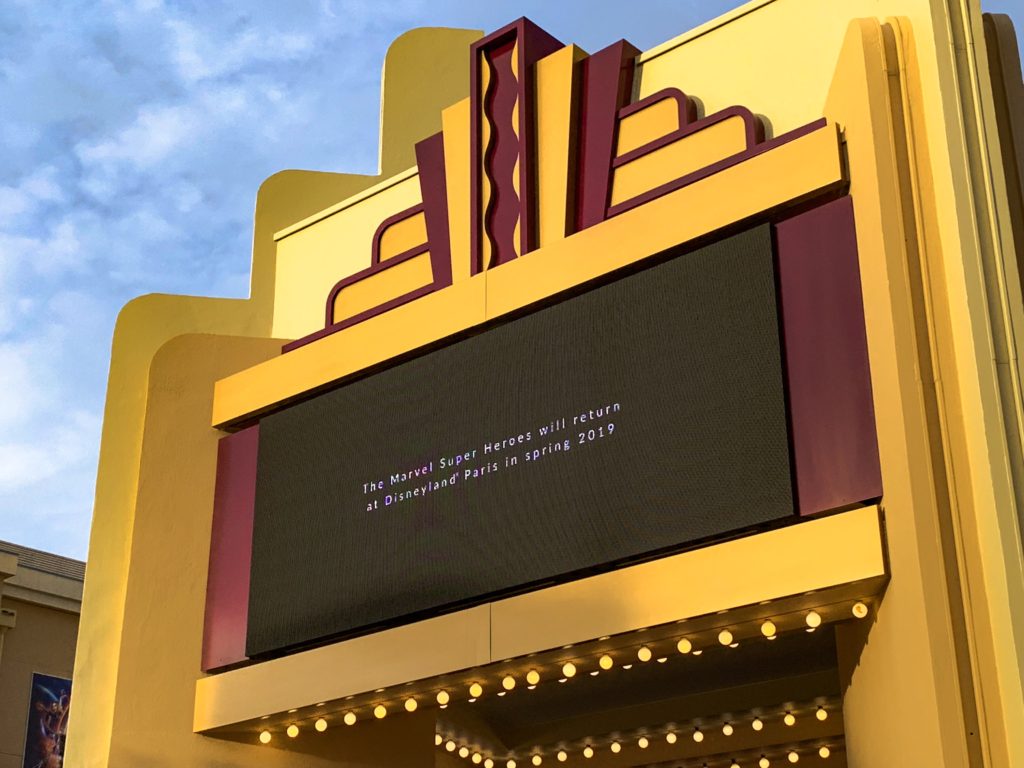 Is it just me or is this name, well… a bit boring? Granted Summer of Super Heroes wasn’t the most original of titles but more originality could have been used. Marvel isn’t the only season to get a name change this year. Star Wars’ own festivities has been nicely renamed Legends of the Force ahead of its 2019. This gave me an idea. If it can get it’s own unique name, why can’t Marvel?

To come up with these name pitches of mine I set myself several rules. These I feel are vital aspects when coming up to a season name and, though I have no evidence of this, are ground rules I would assume Disney and Imagineering also implement when deciding upon these sort of peojects.

The Marvel name must be included – This one is fairly obvious. It is a Marvel dedicated season after all, so the famous comic book name and branding should appear prominently. Also, as Walt Disney World legally can’t use the name due contracts signed long prior to the Disney Marvel purchase, Disneyland Paris should make full use of their marketing advantage.

Positively fuelled keywords – Having a look at the Marvel Cinematic Universe you’ll quickly spot a trend in its naming conventions. Civil War, Infinity War, Ragnarok, The Winter Solider… many subtitles tend to have a connection to some sort of violence or conflict. That’s understandable, these our action-packed blockbusters of super powered people beating up bad guys.

The same however doesn’t translate to the family friendly, safe environment of a Disney park. For my ideas I made sure not to include any words that could sound too intimidating especially for younger guests or concerned parents. So no war, no battles, and thankfully no Deadpool!

Potential for narrative – You’ve heard this one before, at Disney the story is king. Everything that Imagineering works on and strides toward must complement and conform to the central narrative they are telling. This should be no different when coming up with the name of a season, particularly one with such a rich pool of inspiration like Marvel. I’ve tried to come up with each name that could easily connect into an overarching story of the season. This could be an in-universe connection or simply a fitting title to describe the festivities as a whole.

With that out of the way, here our my four name ideas for next year’s Marvel Super Hero Season. These are in no particular order with concepts serving only as a visual aid to what these could look like if they were real. 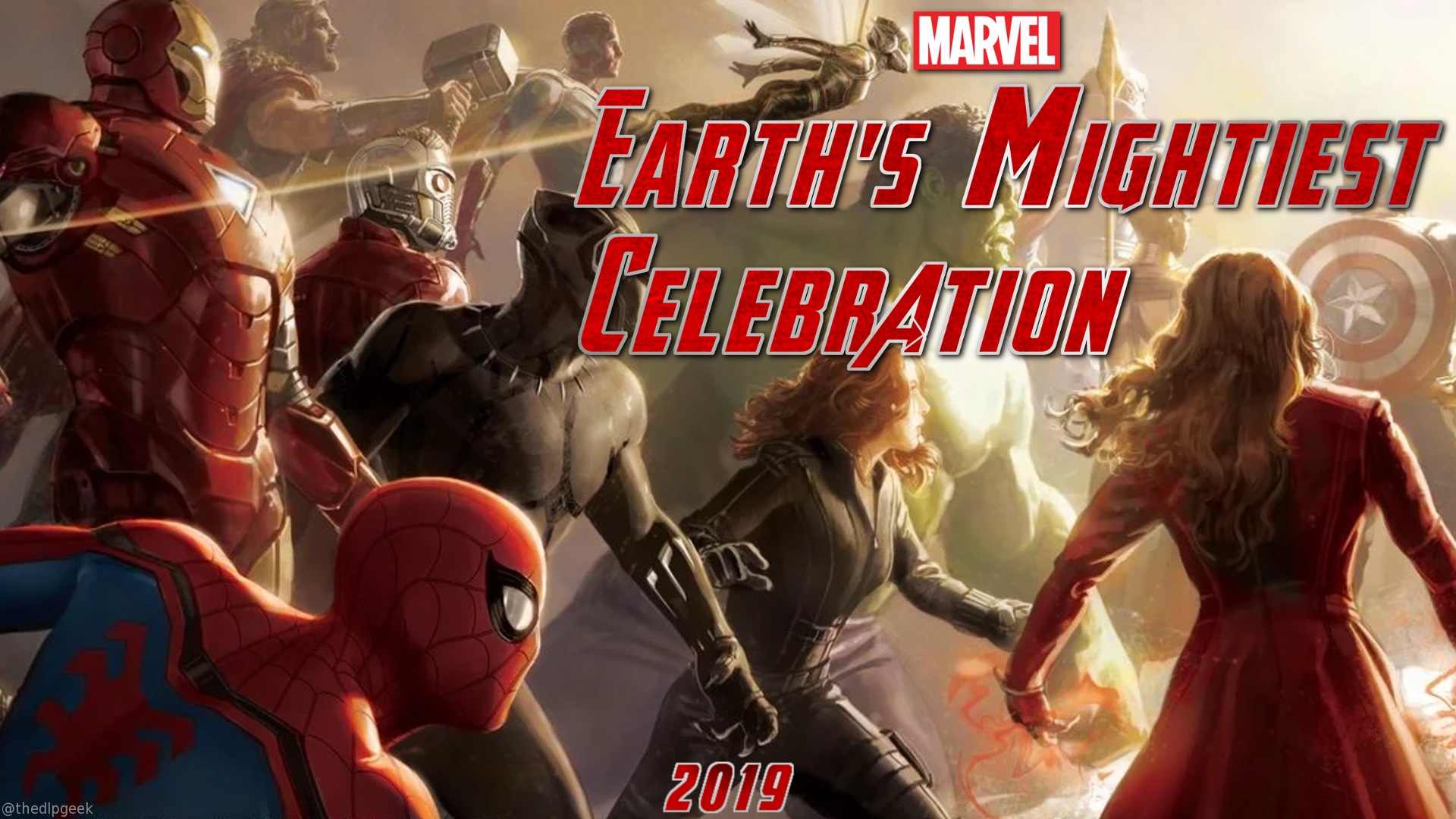 Those familiar with Marvel and the superhero team-up The Avengers will instantly see this is a reference and play on the famous tagline to the group – Earth’s Mightiest Heroes.

It’s a very simple idea but I think works very well at capturing the event in a broad sense. That means the new season could run with all or none of this year’s shows and still work within theory. The openness allows virtually a clean slate with Marvel based content as well as enable it to run at any point of the year.

2. Marvel – Age of the Superhero 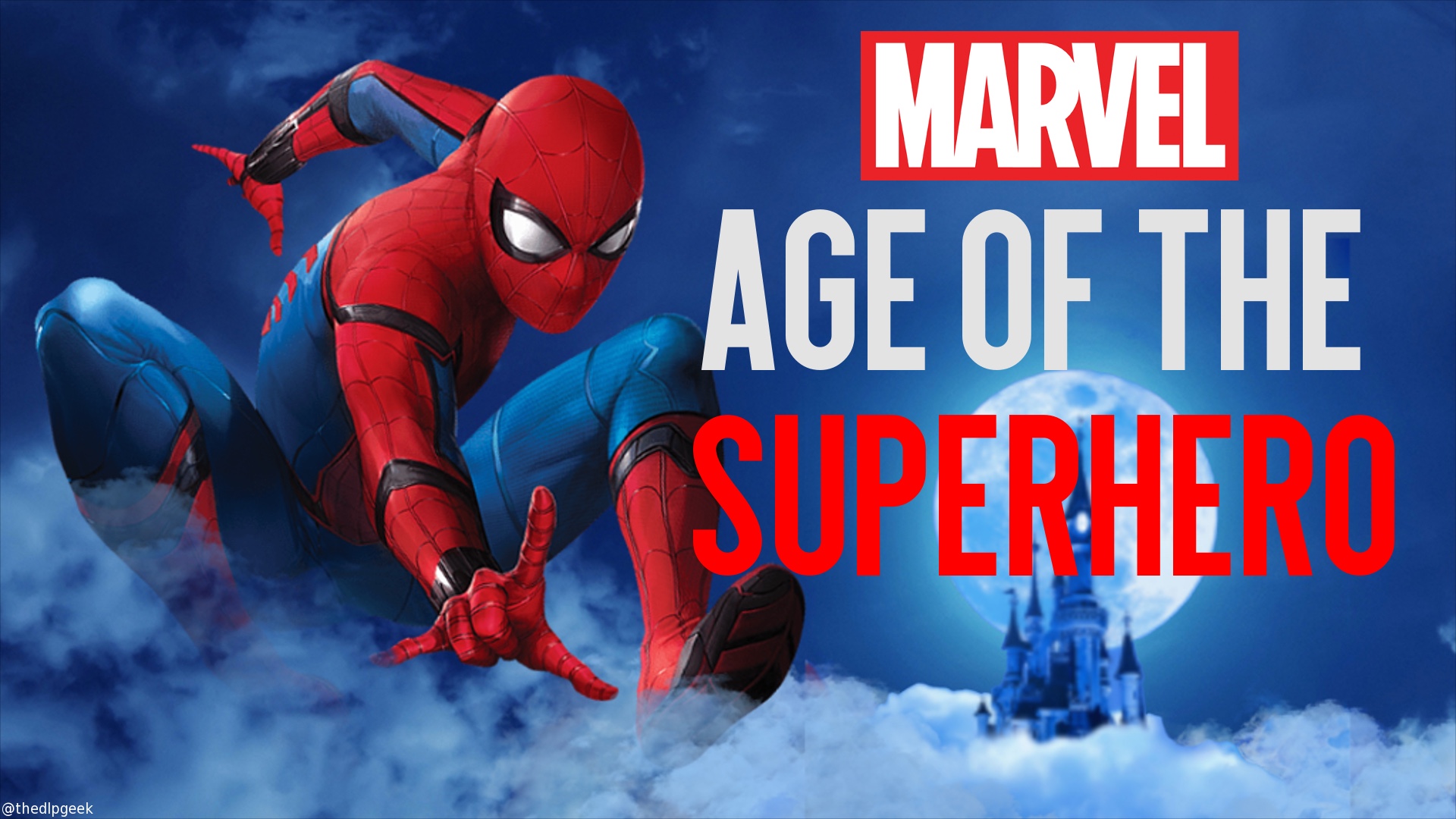 The Marvel universe is a massive and interlocking one that combines all manner of different and wonderful characters together. Whether on the big screen, the comic books or even television and video games one constant always remains. The stories told in each medium may be different, and interpretations varying on massive scales, but what stays is a universe and society where superheroes are more than a singularity.

As proven in Marvel Summer of Super Heroes this trend is set to continue when it comes to theme park representations of these stories and characters. Should a Marvel season become an annual norm in Disneyland Paris then it’s only fitting that the name suits the grandeur of the event.

This could even be used as a commentary on the superhero genre today. The likes of Marvel Studios are releasing several movies each year with virtually all to major success. The likes of Black Panther has broken all manner of records with Avengers: Infinity War joining the $2 billion profit club. We truly are living in the age of the superhero. 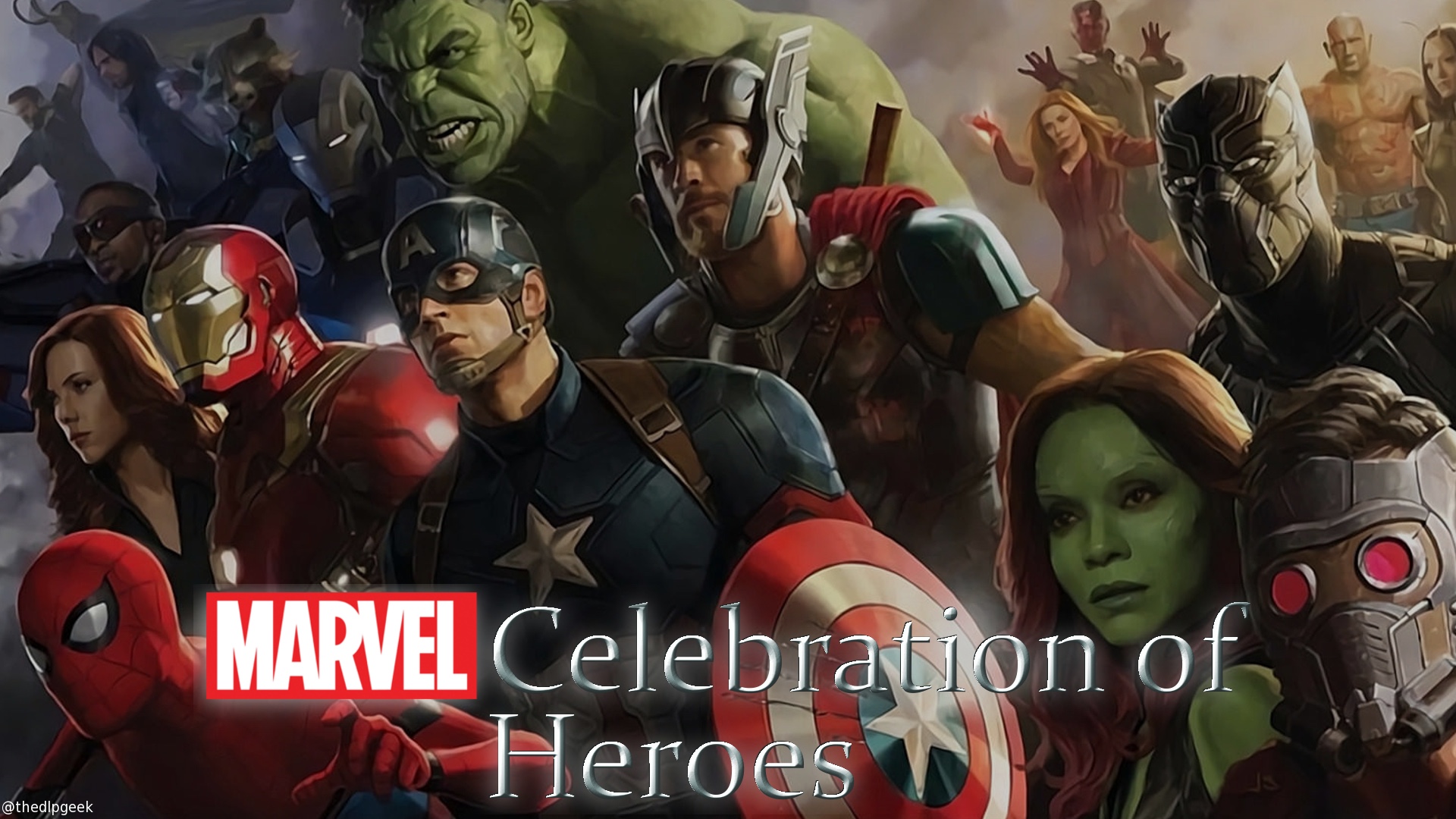 Let’s take a more in-universe approach to a Marvel Season of Super Heroes. What if we see the WDS season as a celebratory festival to commemorate those who always save the day. The sort of event you would find giant statues of the Hulk along with the opportunity to buy merchandise based on a Star Spangled Man.

Looking at the season in this sort of viewpoint, a Celebration of Heroes sounds very fitting if I say so myself. Following such a narrative would allow existing shows to continue without any issues. An in-universe festival dedicated to the superpowered saviors of the world sounds like a suitable location for a Stark Expo to launch, or for Star-Lord and Gamora to crash by to see their fans, only to be interrupted by Loki and co. 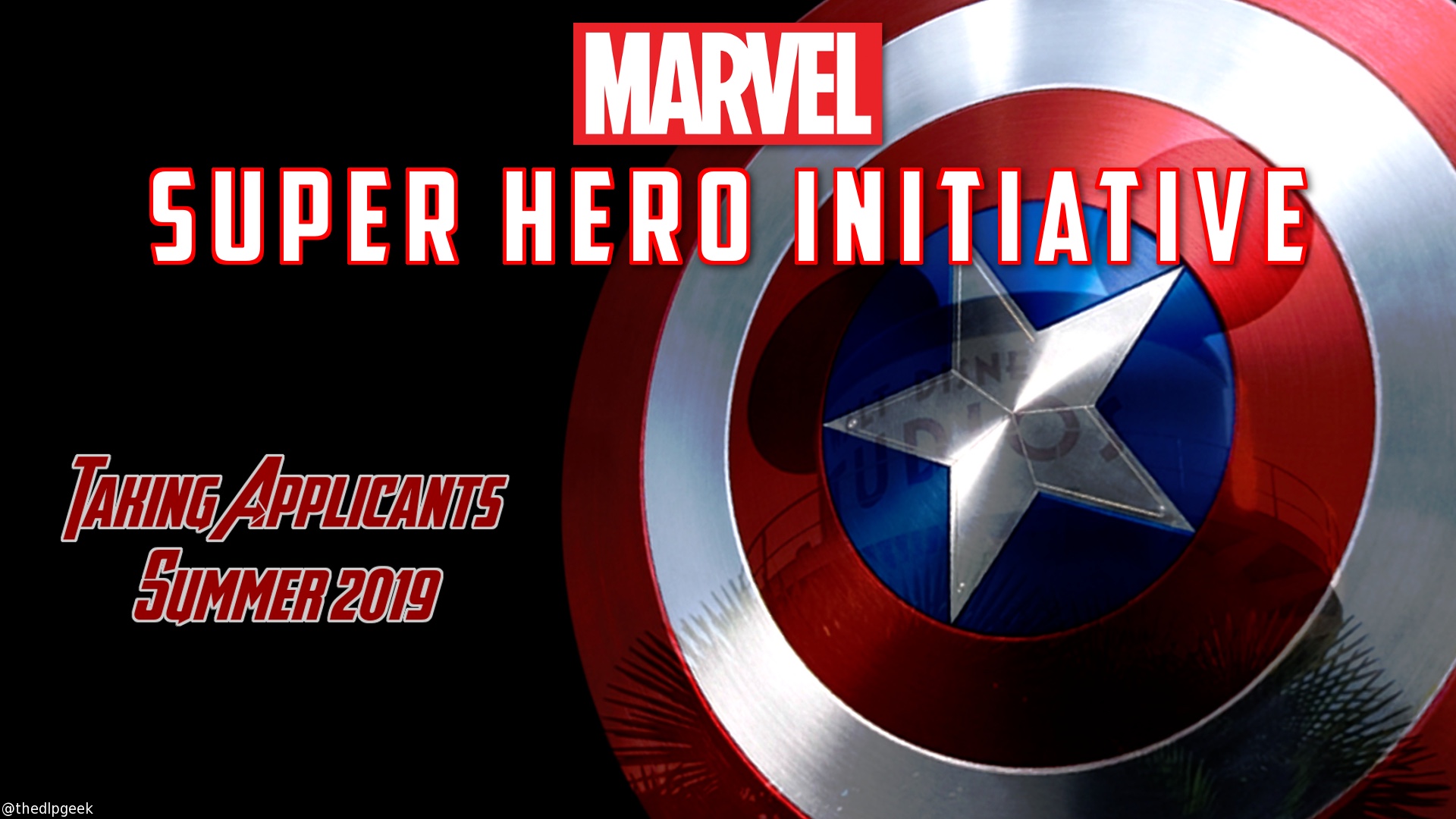 Keeping the in-universe idea for the Marvel season, there is another spin one could take it. Naming it a Super Hero Initiative would give the impression that the entire season is an opportunity for the Avengers, Guardians, S.H.I.E.L.D. etc are look for you the guest to join them on taking down foes and saving the day.

This of course goes hand in hand with that original TV advert for the inaugural Marvel Super Heroes season which made reference to “expert training” and “previous experience”, much like a recruitment advertisement.

It may not be the most original of ideas but certainly one I feel would mostly capture the imagination of families and younger fans. Having the opportunity to join the Avengers and helping out the likes of Spider-Man and Black Panther is something I’m sure most kids would scream at the chance to. Indeed, this angle could help encourage guest interaction in shows like Guardians Awesome Dance-off, a show that so desperately relies on the public being in the right mood to work.

What do you think of my title pitches for next year’s Marvel Season of Super Heroes? Are there any you would like to see Disneyland Paris take on-board or do you have your own suggestion? I’d love to hear your thoughts and own ideas over on Twitter.