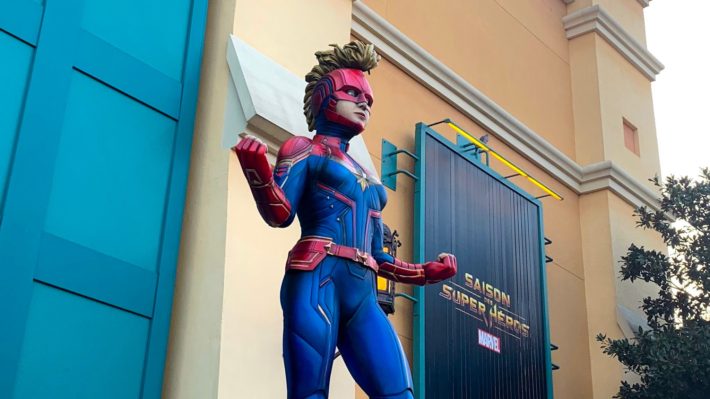 Marvel Season of Super Heroes 2020 has been cancelled as a result of the temporary closure of Disneyland Paris.

Disneyland Paris closed its gates to the public on 14th March to help counter the spread of the coronavirus COVID-19 shortly before it officially became a global pandemic. With France going into a lockdown on non-essential travel the resort has now updated its status, announcing the parks will remain closed “until further notice”.

News on Marvel Season of Super Heroes 2020’s cancellation came from the companion webpage set up to answer questions regarding the resort and bookings admits the closure.

We will continue to communicate any adjustments to our operations, experiences, or events. For now, the Marvel Season of Super Heroes (March 28-June 7) and Disneyland Paris Princess Run (May 8 – 10) will no longer take place.
Official Disneyland Paris statement

The superhero centred season was planned to return for a third outing from 28th March – 7th June in Walt Disney Studios Park. This was expected to also be the final version of the Marvel seasonal event due to the scheduled completion and opening of Avengers Campus in 2021.

Marvel Season of Super Heroes 2020 is not the first event to be cancelled as a result to the coronavirus COVID-19 outbreak and subsequent closure of the resort. The planned Annual Pass exclusive event Disneyland Paris Adventures was the first to be called off, with the Disneyland Paris Princess Run next to be axed as a result. Although nothing else has yet been announced to be cancelled many do expect more events and seasons may not go ahead due to either the parks remaining closed or a lack of rehearsal and preparation time.

For all the latest news on Disneyland Paris be sure to stay tune here and on my Twitter.