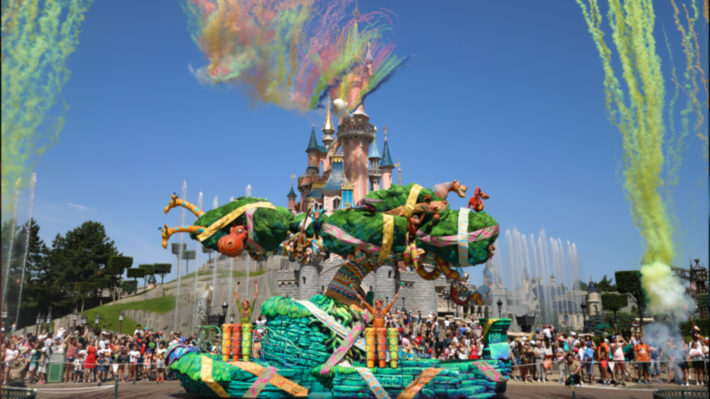 The Lion King & Jungle Festival will return for another outing in 2020 at Disneyland Paris, it has been confirmed.

Since roaring its way into Disneyland Park and guests’ hearts at the end of June, the season has very quickly became a fan favourite with unanimous positive feedback. Heavily inspired by the stories of Disney classics The Lion King and The Jungle Book, the season looks to bring a whole new level of fun, vibrancy and music into the park during the hotter months of the year.

Many have praised the festival for its unique musical approach with The Lion King: Rhythms of the Pride Lands while the daytime show, The Jungle Book Jive, quite literally became an overnight sensation for the DLP faithful. That’s not to exclude the smaller but also very fun mini show Timon’s MataDance, which features the comedic duo Timon & Pumbaa.

Indeed, with such an outstanding quantity of glowing reviews as well as the clear production value and effort that has gone in, it seemed a certainty The Lion King & Jungle Festival 2020 would happen.

News of the season’s longevity came just as Disneyland Paris released a brand new, 40 minute documentary that goes into the behind the scenes story which brought The Lion King & Jungle Festival and its standout performances to life for this summer.

The Lion King & Jungle Festival is currently reigning dominance in Disneyland Park since its arrival on 30th June. Guests still have ample time to catch this triumphant spectacle as its tenure for 2019 will last until Sunday 22nd September.

Although no confirmation has yet been made as to when exactly The Lion King & Jungle Festival 2020 will commence, a predictive fan should be inclined to guess another summer outing for Simba and co. While previous festivals such as Pirates & Princesses and Marvel have seen moving dates for their respective celebrations, the warm and bright weather almost feels like a dependency for a season so heavily inspired on African and Indian aesthetics, food and culture.

Are you excited for The Lion King & Jungle Festival to return for 2020? Have you had the chance to experience the season yet for yourself and what did you think about it? Be sure to send me your thoughts and opinions over on Twitter!