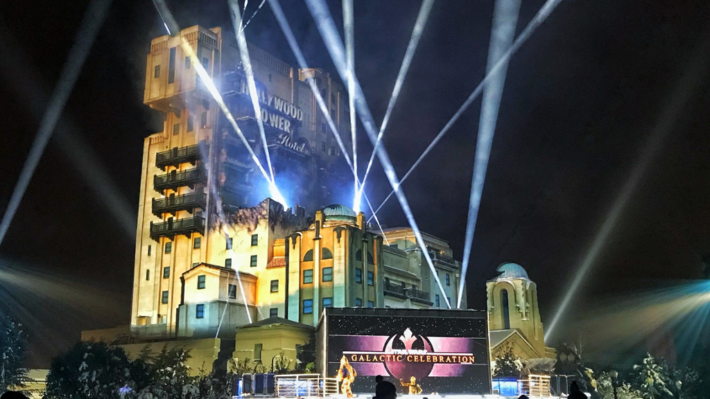 It’s time for the season to end. At the time of publishing there will just be one week left of Season of the Force at Disneyland Paris. Soon, the lightsabers will have been extinguished, the Stormtroopers are marching off and the galaxy, far far away will be little but further again.

It’s certainly been a fun Star Wars season this year in the Studios, and the first time experiencing it all for myself. While it may have been under conditions that would rival the cold of Hoth and Starkiller Base, I still had a lot of fun and totally in the mood of the Galaxy, far far away when the festivities were able to kick off. I do have some critiques on the season as a whole, however. Some key features (or lack of) that I feel could and should be addressed for when the Jedi, First Order and Rebel Alliance make their triumphant return to Walt Disney Studios Park next January. Starting with key personnel.

Meet and greets must happen

This feels so obvious I feel like I shouldn’t even have to say it. When it comes to any seasonal event, bet that based on a specific IP or a holiday, characters should be the supporting element that props the entire celebration up. At Halloween we have Disney Villains, at Christmas we have Santa Claus and co, at Pirates & Princesses we have – believe it or not, pirate and princess characters.

Star Wars is a franchise rise in unique, interesting and beloved characters and fans would be ecstatic to meet in Disneyland Paris. Currently the closest guests can get to interacting and having a photo with their favourite sci-fi stars are either with Darth Vader in Discoveryland (something I don’t strictly count as being part of SotF) or if they get lucky with the Stormtroopers. That’s all well and fun but how about some hero characters? I want to get a Wookiee hug from Chewbacca, or get a photo with the latest Jedi Rey.

Additionally, I feel these should be permanent fixtures of the season with their own schedule rather than a sporadic one. Guests would certainly plan their time in the parks with meeting Star Wars characters in mind, and might even give them more reason to stay in the quarter-day park.

More narrative in the entertainment

Star Wars: A Galactic Celebration and its little brother, A Galaxy Far Far Away are both very fine shows in their own right. They are strong introductions to stage entertainment of the Star Wars saga and both use technology in creative ways to ensure a show that can be enjoyed no matter the guest placement or winter conditions. The problem is that now in their second year they’re starting to feel more like an introduction than ever. Much like Disney Illuminations, Galactic Celebration stumbles by lacking a central narrative to tie all of the impressive scenes together. The show feels more like a highlights reel of the movies in a mishmash order than an explosive finale to a day of Star Wars goodness.

There doesn’t need to be much of a story to the entertainment, I’m not looking for a dialogue heavy, in-cannon addition to the Star Wars expanded universe. For the show to truly feel like a celebration of this epic saga I feel it does need an overarching ideal and more character interaction between one another to truly immerse us into the world. Perhaps Rey is journeying through the franchise’s history through force visions, similar to what we see in 2015’s The Force Awakens? This would be the perfect opportunity to have her come toe to toe not only with Stormtroopers but also classic villains like Darth Maul, Darth Vader and of course, Kylo Ren.

Return of the props

This isn’t an improvement per say, more an acknowledgment of this year’s addition and hope they become a regular part of the season. For 2018 we saw several fan created and owned vehicles dotted all around Walt Disney Studios Park. These included the classic X-Wing and TIE Fighter found in Studio 1, a Jedi Starfighter, an A-Wing and even an Imperial combat assault tank. It still makes me so giddy that such a niche element from Rogue One made its way to Season of the Force.

These were excellent additions to the season and really helped paint that picture of a Star Wars celebration beyond that of the Production Courtyard stage. I’ve no idea how the agreement with the Star Wars fan community worked to make these props come to Disneyland Paris but I definitely want to see them return.

Season of the Force is by no means a poor season for Disneyland Paris. I had a lot of fun in my February trip and very glad I was able to experience it all. Much like a young padawan however, much to learn it still has to reach the heights of entertainment Jedi. Competition is set to become more difficult soon as Disneyland Resort and Walt Disney World’s Galaxy’s Edge grows nearer and nearer to completion. It is very possible should DLP decide to run exactly the same entertainment come January 2019, many Star Wars fans will instead opt towards saving up for the long haul journey to the States. With a few small improvements and additions to what Walt Disney Studios Park already has going for it I truly believe it can make SotF become the number one place for Star Wars fans to visit in Europe. The temptation of Galaxy’s Edge will be a stiff competitor no doubt, but until WDS’ receives their own in the 2020’s Star Wars must continue to be represented as well as creatively possible in the resort.

What did you think of Season of the Force this year at Disneyland Paris? Would you make any changes or additions and if so, what? I’d love to hear your thoughts and ideas over on Twitter and in the comments below!