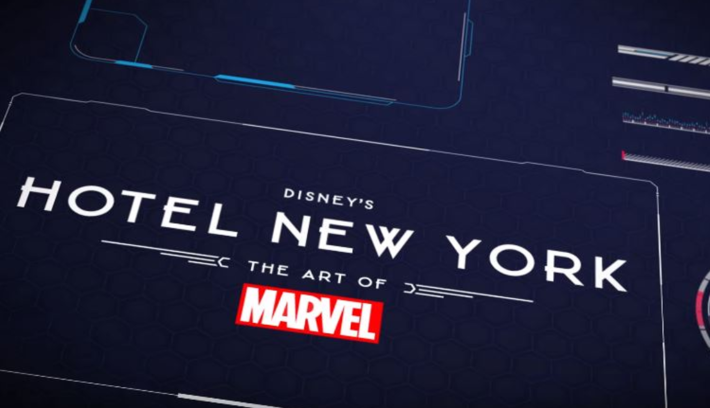 Further details have been announced regarding the future touches and theming coming to Disney’s Hotel New York – The Art of Marvel.

The on-site Disneyland Paris hotel, formerly known simply as Disney’s Hotel New York, will keep the art deco style and inspiration of the Big Apple, with an emphasis on the artistic talent that goes into both the comic pages and film reels of Marvel superheroes.

This will be prominent more so than anywhere else at the main lobby. Taking an ultra modern approach with sleek designs and flat colours, guests will also find costumes, props, concept art and even storyboards inspired by their favourite Marvel Studios movies. 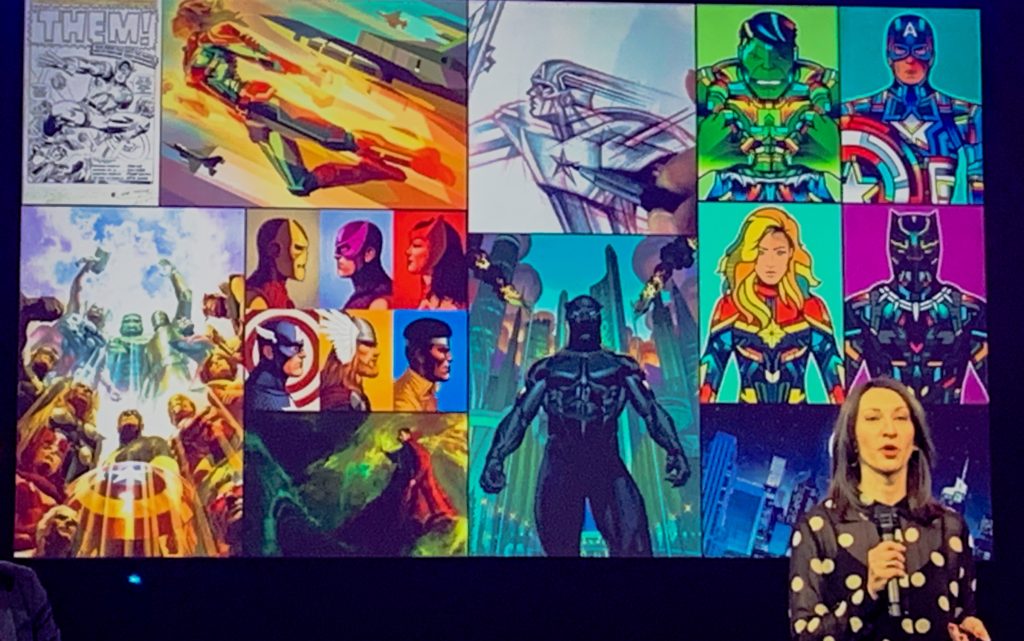 Perhaps the most exciting addition to Hotel New York – The Art of Marvel’s lobby are two original stories that will be told through storyboards on the h0tel’s large windows. Imagineers working with Marvel artists and writers will present the basis of an Avengers and Spider-Man tale the same way it would when being brought to the comic pages.

Moving on to the amenities of the hotel, you’ll find the same level of subtly with an art driven focus in the restaurants of Hotel New York. The Downtown Diner will continue the modern, luxurious theme with its neutral colourings, round lightning and very sophisticated feel. Not unlike somewhere you could pay top dollar to eat at in Manhattan. 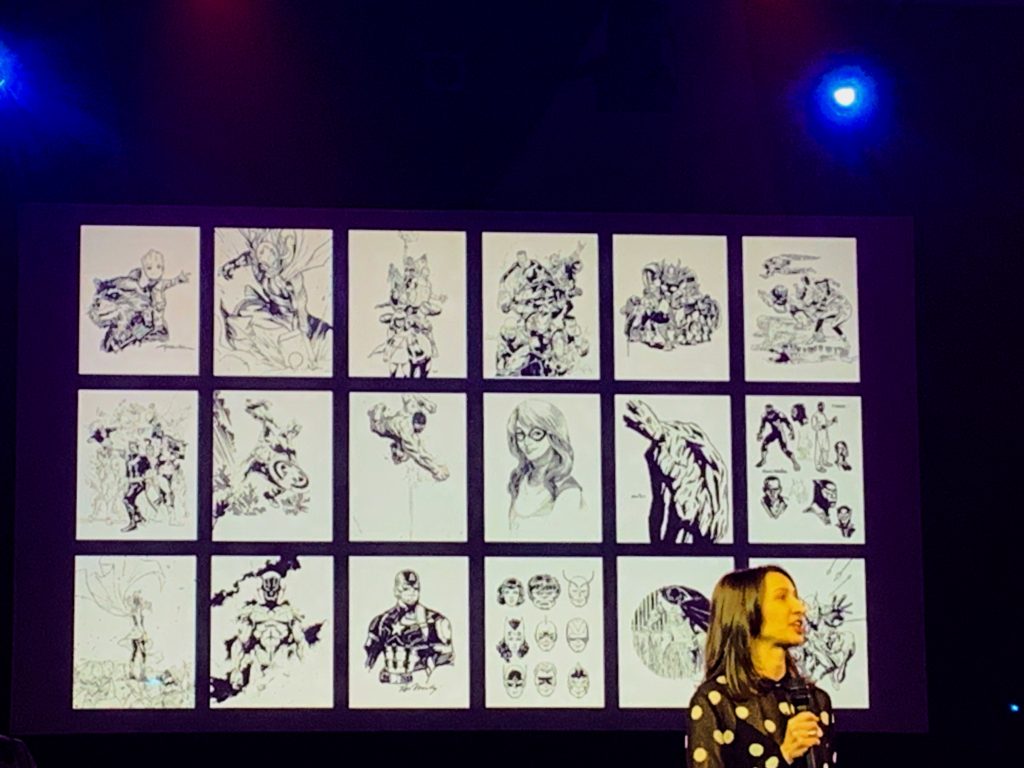 Populating the walls of the restaurant will be black and white Marvel artwork showcasing the extraordinary talent the comic book giants have employed throughout its 80 years. While many recent and current Marvel artists will get their pieces on display, designs from comic book legends like Jack Kirby and Steve Ditko are also set to appear.

Guests checking into the rooms of Hotel New York – The Art of Marvel will truly be in for a treat as they are greeted with a contemporary, modern design bringing the hotel right up to today and beyond. Though the rooms colour palette is inspired by Iron Man’s iconic armour, the real star of is the amazing artwork that will populate each room.

A massive variety of designs and art has been selected for rooms within Hotel New York, with the goal that returning guests will always have something different to enjoy each stay. Most of the art selected hardcore Marvel fans may recognise as actual comic book covers with their titles, logos and pricing stripped away. As someone with several comic book covers hanging on my walls, I love this idea. 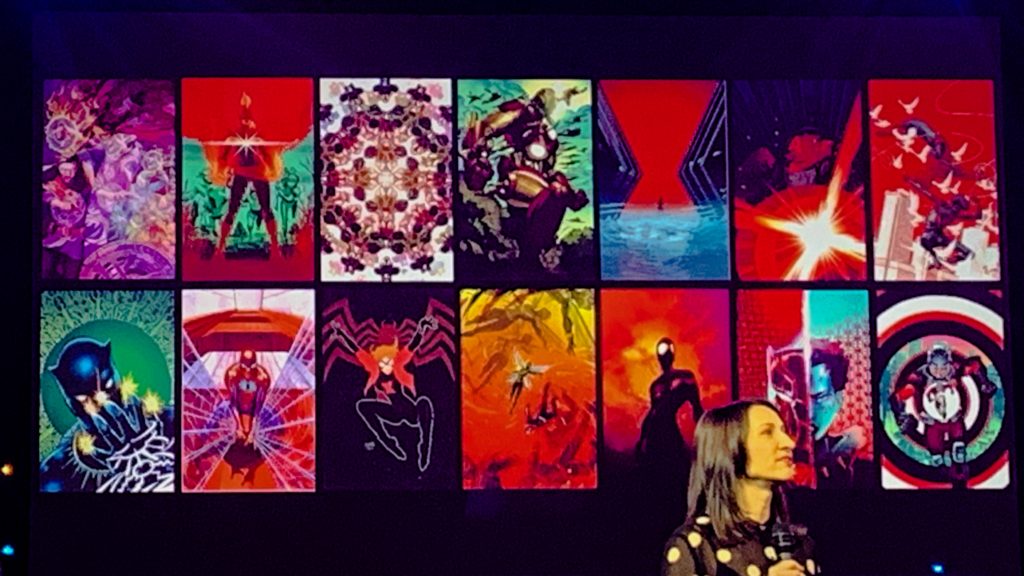 Indeed, this strive for each visit to Hotel New York – The Art of Marvel to bring something new to the table is continued even on the daring mission to the room itself. Each floor in the hotel will be dedicated to a different Marvel superhero, with artwork surrounding that Avenger, Guardian or whichever to them. Although only Captain America and the Hulk has been announced so far, there are more than enough heroes within the roster to create some fantastic corridors and hallways.

Part of the original several on-site hotels to open with Disneyland Paris, New York closed its doors on 6th January 2019 to make way for its Marvel retheme. Information has slowly been unveiled regarding the hotel for some time, with exterior concept art suggesting an open green area at the hotel’s back. Recent pictures of the old map being demolish seem to confirm this idea.

Hotel New York – The Art of Marvel reopens at Disneyland Paris in the Summer of 2020.