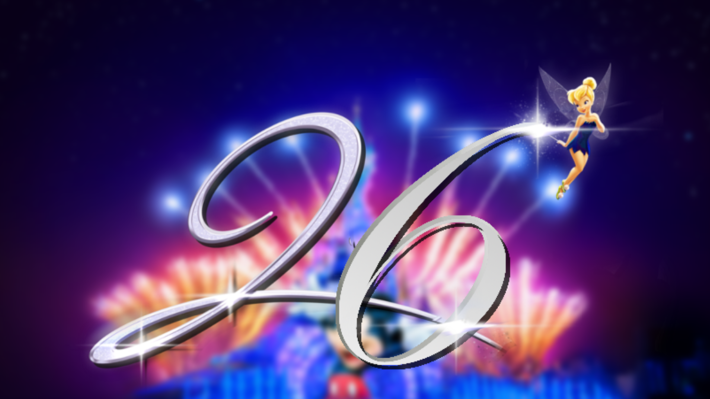 The 12th of April is a date etched into the minds of Disneyland Paris fans throughout the world. On this day in 1992, the then Euro Disneyland officially opened its gates for the first time. A brand new era of The Walt Disney Company in Europe had been formed. For those in the continent, finally the Disneyland experience that become synonymous with American culture, timeless tales and dreams was within their reach. For those even younger or yet to be born, it was the opportunity to grow up with it.

For the past quarter of a century, this day has meant many different things to many different groups for many different reasons. In the early years I suspect it came with a lot of relief and pride that the park was aging and maturing despite the rocky beginning. By 1997, it really was something to shout about with all the stops pulled out for the 5th anniversary. When the resort doubled in age and size, however, 12th April was very much a sidenote on a much bigger spectacle happening next door with Walt Disney Studios Park’s grand opening just weeks prior.

Arguably the biggest of these days was exactly a year ago, 12th April 2017. The exact date of the resort’s 25th year in operation. The day was dubbed as ‘The Grand Celebration’, and that it certainly was.

One of the most exciting, surprising and fun days of my life being lucky enough to witness it all in person. Guests that day (mostly consisting of fans, planning years in advance to be attending the parks for the milestone day) were treated to an opening show and experience unlike anything the resort has seen before. Character debuts, a perfect speech from CEO Catherine Powell and the hard working cast members getting the well deserved limelight for a change, it was an event of high emotion and love towards the place that means so much to us. Add to that the beautifully commissioned ‘Everyday’s A Celebration’ just for this and you have moments that everyone in attendance will fondly remember for the rest of their lives.

That wasn’t all that occurred that day either, oh no. Special meet ‘n’ greets of characters in unique outfits, a fan focused quiz night and a truly special goodnight kiss just to top off and already perfect day. It was Disney unlike anything every done before and one that will be very, very difficult to beat.

As with many birthdays, this is a time many may look back on their previous years to reminisce, but it is also a time to look forwards. Last year as I stood in Town Square of Main Street U.S.A., tears in my eyes and waving towards the characters atop the station, I kept thinking about the history of where I was standing. All the amazing minds that came together, who dreamed and envisioned this magical place and then went forward to make it a reality. The difficulties that ensued with doing so but the commitment that drove it along. And now as Disneyland Paris turns 26, and the future already paved ahead of us, there is no doubt we have many more exciting April 12th’s to look forward to.

How are you celebrating Disneyland Paris’ 26th anniversary? Are you in the resort itself today? Are you planning your next visit or just reliving some fond memories? I’d love to hear all you have planned in the comments below and on Twitter!