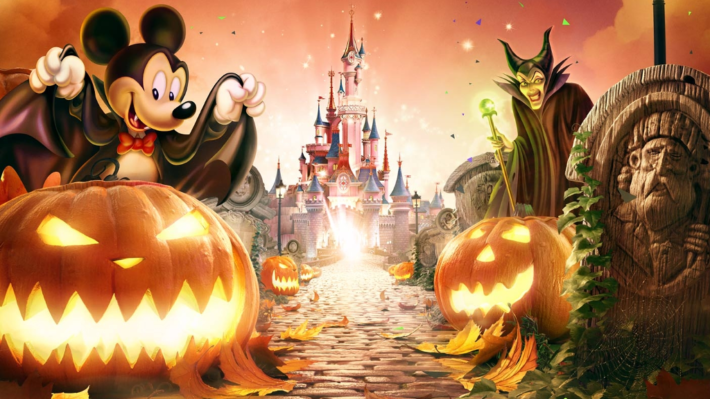 It may be the summer right now in Disneyland Paris, but fiendish spirits never rest. With the month of August coming in it was inevitable that news on Halloween 2018 wouldn’t be far behind it. The impending loom of the Autumn breeze a reassuring reminder that all things spooky and villainy is just around the corner.

Last year many were left underwhelmed by the seasonal offerings compared to what we are used to. As the resort’s 25th year celebrations where in mid-swing it was decided upon that Halloween needed to take a step back to ensure the silver could sparkle. Decorations were minor, shows were cut and focus was instead moved to Frontierland rather than front and center of Main Street U.S.A. Though what was on offer was enjoyed, it was a mixed affair to say the least.

With the anniversary wrapping up several weeks before this Fall, this year’s ghoulish gathering is promising to return in a big way. The decorations we know and love from Main Street are expected to return, as are the new ones of Thunder Mesa. Indeed, most of the entertainment of 2016 and prior has also been announced to make a triumphant rising. Ah, but things are not always as they seem…

Perhaps the most critically praised and beloved element of the Halloween season since its rebrand in 2013, Mickey’s Halloween Celebration was well and truly a fan favourite and a highlight of the season to many. The shake-up from traditional spooks and ghouls, the harvest celebration brought a fresh, Autumnal feel to Main Street with it’s warm colours and catchy rhythm.

For Halloween 2018 however, some minor additions are coming in to change up the parade in a big way. As announced previously in the year a brand new float will be added to the roster; bringing the total up to a respectable four. This possible new centerpiece to the cavalcade is taking heavy inspiration not only from Mickey’s 90th birthday celebrations (set to kick-off, rather aptly, on 1st October) but also the true MVP of most Halloweens – Phantom Manor.

Dubbed ‘Mickey’s Illusion Manor’ I am already excited to see what the new float will bring to one of my all-time favourite parades DLP have ever done. From the old concept art of several months back it seems like it will truly bring some Phantom Manor spirit into the resort as the real thing continues its extensive refurbishment.

What’s interesting to note too is that for the first time ever, Mickey’s Halloween Celebration will make a brief parade stop in central plaza as characters and dancers take to the mini stages in the center of the area. The popularity of the Festival of Pirates & Princesses truly lives on and makes me wonder if the same level of energy and fun will be replicated for this new segment of the cavalcade. Could the ‘Team Princess’ leader and fan-loved superstar Bette Rose make a joyous return to lead Halloween 2018’s showtime, donning harvest inspired attire?

Meet familiar and not so familiar faces 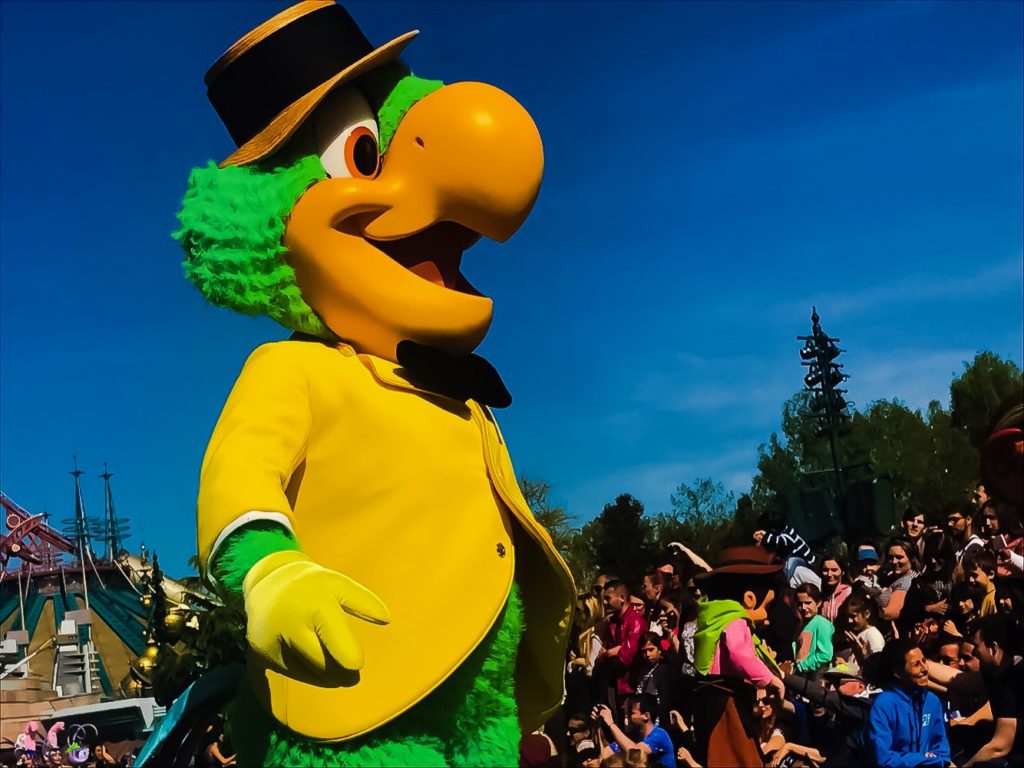 A staple of any Halloween at Disneyland Paris, unique character meeting opportunities has always been a key factor in the modern iteration of the season. Tried and tested regulars Minnie, Goofy, Stitch, Cheshire Cat, Maleficent and Jack Skellington will all be returning, presumably with their recognisably themed backdrops to boot. Another welcome returning face is the puppet of Coco’s Miguel, who of course made his debut last year along with the beautiful touches added to Fuente del Oro.

It is within the newly added meets which has gained the most excitement. Fresh from their much loved appearance during Disney FanDaze, José Carioca and Panchito Pistoles of The Three Caballeros fame will be meeting guests for Halloween 2018! No information just yet on where the birding duo will be setting up shop for their meet & greet. I do expect it will more likely than not take place towards the northern end of Frontierland, keeping in the Latin American theme.

I must admit, I’m not the biggest fan of this show. After first experiencing it in its debuting year I panned it for the lack of energy, purpose and terrible crowd control. Hopefully though in the years that have passed quality has prevailed and the show can become something worthy to stand among its other seasonal cousins.

And by far the most telling sign of this will be the inclusion of last year’s amazing Maleficent cosplaying Donald! This gem from 2017’s Halloween stole the hearts of character lovers and skeptics alike, leaving us yearning the opportunity to get a photo with the famous duck. Although by no means confirmed yet, his inclusion in this show-turned-meet does lend credence to it finally become a reality.

After a quiet year playing in the shadows of the 25th anniversary, it seems that Halloween is back and with a bang as it promises to take over Main Street U.S.A. and Frontierland again this October. There are plenty of returning features for seasoned ghoul-lovers to sink their teeth into here yet with enough new elements to resist the feeling of becoming stale. Having taken a few years off from October I cannot wait to see Halloween 2018 come out to socialise at the start of the month.

Thank you to Duffy Does Disney and DLP Town Square for images of Donald in Maleficent costume.