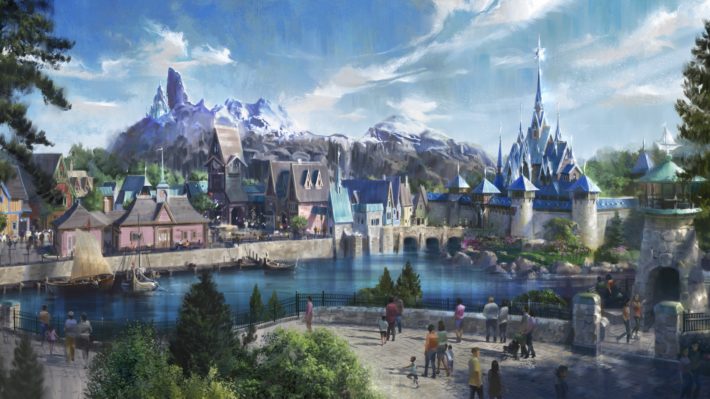 Showcased during the Disneyland Paris Media Expo, this is our first detailed look at the future area since its announcement in 2018.

As seen below, the land is set to be an immersive recreation of the Arendelle kingdom and Elsa’s Ice Palace. Careful use of sight lines and incorporation of the future lake have also been implemented to promise a truly immersive part of Disneyland Paris’ second gate.

Although no opening day has yet been given, when complete guests will be able to enjoy a brand new attraction along with a restaurant to match. Shopping and character meet & greets have also been confirmed for the land.