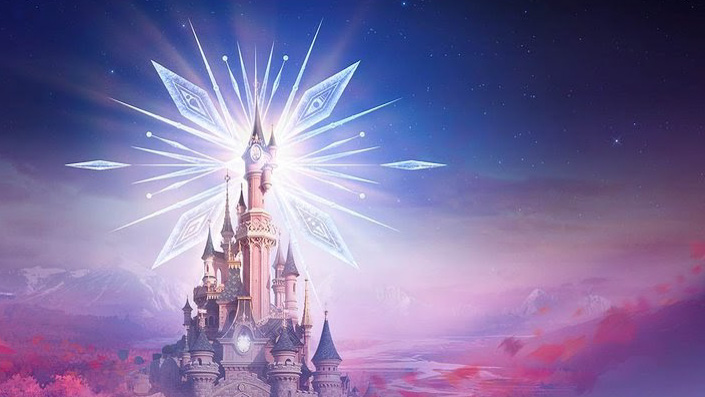 When Hollywood’s worst kept secret was announced several years ago that Frozen, the worldwide phenomenon and most successful animated movie, was to receive a sequel I would be lying if I said I hadn’t reservations. While I have always loved the characters, music and world of Arendelle I wasn’t sure if Chris Buck and Jennifer Lee could find that lightning in a bottle a second time like they did in six years prior. I was so very wrong.

Despite the overarching loom of Star Wars, Frozen II has been a colossal success for Walt Disney Animation Studios critically and financially. Audiences worldwide have praised it for its bigger scale yet more mature story, several songs have been tipped for big honours in this year’s awards season and – most impressive – the film has de-crowned its predecessor in becoming the highest grossing animated movie of all time.

It’s very clear that Disney knew they were onto a winner early on when it was decided to return to the mega franchise, a confidence that has been echoed to the parks with the launch of Frozen Celebration at Disneyland Paris. Coming just off the back of the tremendous cinemas release, where songs are still fresh in the head and merch flying off of toy shelves now really is the perfect time to make Europe’s number 1 tourist destination the place on earth to be for everything Frozen. Even the extended run all the way into May seems like a stroke of genius from a distance. Possibly catching that last surge of hype and excitement when the sequel makes it to home release.

Frozen Celebration could have been the ultimate season at Disneyland Paris. Another notch to the belt on how anything their American and Asian cousins can do, it can do just as good or better. In actuality however, the season has turned out to be anything but.

The flagship of the season is the new mini parade and Central Plaza show hybrid Frozen 2: An Enchanted Journey. Following the success of guest and fan favourites like Pirates & Princesses: Make Your Choice, The Jungle Book Jive and Mickey’s Halloween Celebration, this is the next attempt to capture that magic again by providing two pieces of entertainment for the price of one. Unfortunately the lesson to take from this is that simply providing one without effort or context won’t automatically translate into another hit.

With no story or context to the two Frozen tales, a lack of focus on what it wants to tell and an extremely small roster, An Enchanted Journey feels more like a forgetful, fleeting moment than the highlight of a full season. It’s only saving graces are the quality soundtrack of Frozen II songs (though that can be attributed more to the talent of the Lopez’s) and the brand new parade float inspired by the new film.

As for the rest of Frozen Celebration… well, that’s it. Aside from some new treats available there is no other new content as part of the celebration. Anything else marketed as part of the season – be that officially communicated, through the website or on the park programme – consists of content already available throughout the year.

The sheer thought that an entire season can run as a top billed experience with just a single element to its name is simply laughable. This would be akin to Walt Disney Studios Park’ Marvel Season of Super Heroes opening with the Stark Expo show as its sole component, or The Lion King & Jungle Festival having just the Rhythms of the Pride Lands show. No matter how good that show may be it isn’t enough to hold up an entire celebration.

There is of course the upcoming Magic Over Lake Disney: The Frozen Edition, the long rumoured nighttime spectacular on the backside of Disney Village. I’m sure the show itself will be a lot of fun but where it has already failed is with its longevity, or lack there of. With just three showings in late January against the five month long season there simply is no way it can realistically be included on the Frozen Celebrations guide.

Indeed, it feels almost paradoxical that just next door we have Legends of the Force. The Star Wars dedicated season is now going into its final outing after years of mixed bagged reviews. The biggest criticism by far was to the lack of things to do and see during the celebration. Yet now it seems meaty in comparison to what Disneyland Park are offering up.

When resort entertainment wow’d us with top quality seasons like Marvel and Lion King, a new standard was set by what was expected and needs to be matched by these seasonal celebrations. It is true that quality will always rise above quantity, but I believe there is a threshold that must be met to be granted the status of an event.

For something like the story driven, character focused and musically charged phenomenon that is Frozen, a couple pieces of entertainment and character meet & greets are the minimum. Not a single mini parade. Not permanent features disguised as seasonal offerings. True, unique content that can only be found during the timed event.

Disneyland Paris were handed a golden opportunity with Frozen II and Frozen Celebration. Despite an admirable start the resort failed to fairly represent the 2013 original, particularly with the lack of character meet experiences. This was an opportunity of redemption. A chance to learn from those mistakes of the past, to take what superb work the resort has done with other seasons and make some truly special for the millions of Elsa & Anna fans around the globe.

Alas, this Step Into Unknown has resulted in a slip back to the days of old, where management must now look to see what The Next Right Thing to do is. It is entirely possible that the average guest visiting the resort for the first time will enjoy Frozen Celebration. They will likely get a kick from the short but passable Enchanted Journey and may know no other of the permanent elements that feature the Norwegian siblings. Those familiar with the resort however could feel disappointed by the lack of new features, maybe even mislead given the standard that has been created.

At least soon Elsa, Anna and friends will finally get the recognition they deserve when Arendelle comes to Walt Disney Studios Park. Or at least, I hope they will…