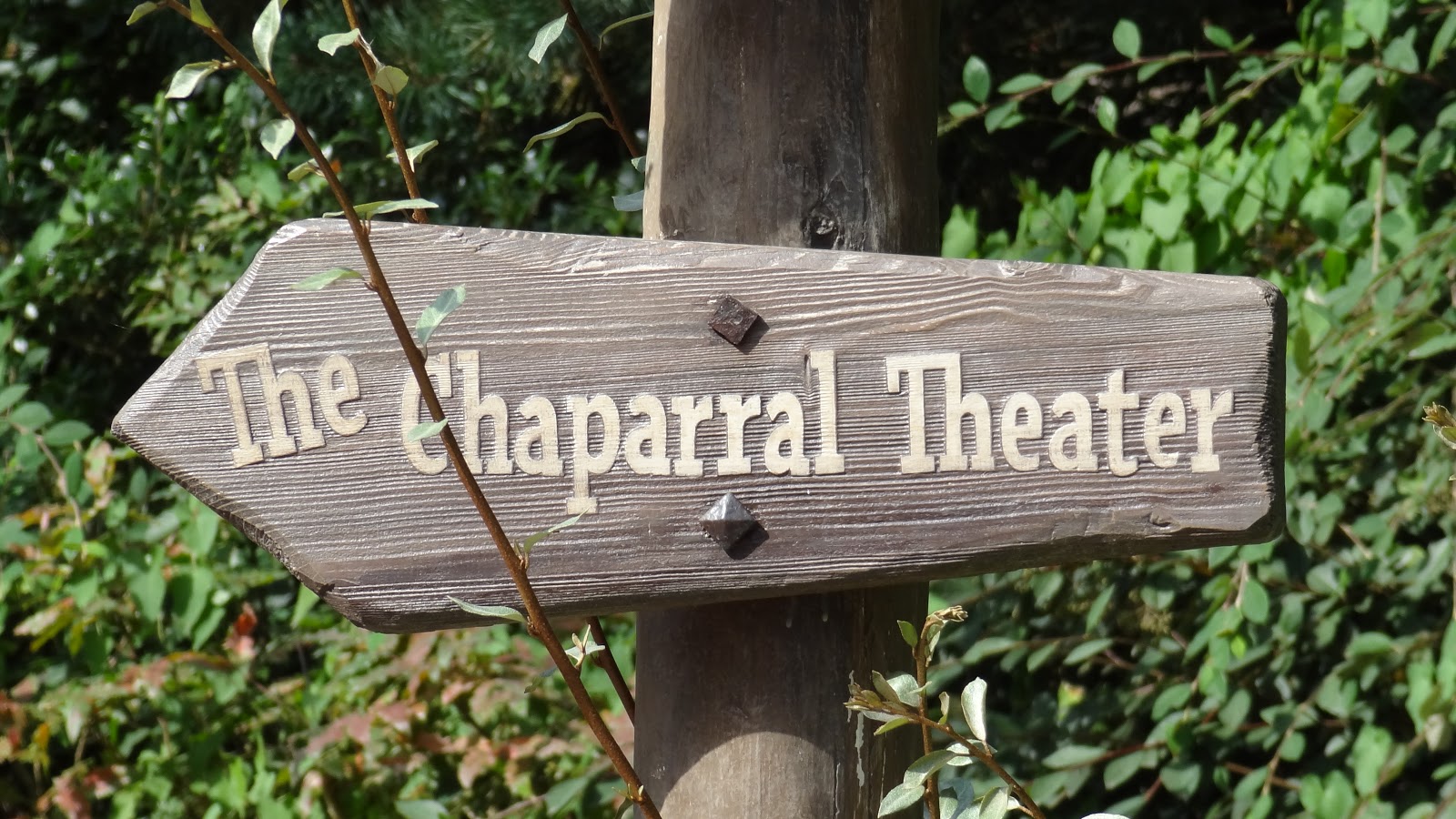 Early this morning Twitter was rife with speculation over the latest rumour to emerge from the parks, this time over the long abandoned but fan favourite Chaparral Theatre in Frontierland. The rumour (from @InsideDLParis) stated that in the next couple of weeks we will find out what the future holds for the theatre, with speculation soon circulating towards a Frozen Christmas show. InsideDLParis went on to state it will NOT be as such, but hinted it may be something Frozen related.

Like a ‘Let It Go’ parody, this news escalated almost immediately, with one prediction/speculation being a permanent meet & greet location for Anna and Elsa, effectively closing the theatre forever. While I can understand why this would upset the majority of fans, I’m actually all for this idea and seriously ask, why stop there?

Before I start, let me just explain that I am a huge fan of Frontierland and its story, if you saw my tweets when the Phantom Manor renovation rumour sprung up you’ll see that clearly. I am (almost) completely in tune with the Thunder Mesa story and well aware how it makes our Frontierland unlike any other in the world. That all being said, we need to look at the facts. The Chaparral Theatre has – in all honesty – been forgotten and ignored by DLP management and Imagineers alike and no amount of rumours on a Tarzan Encounter return is going to change that. Add to this the fact Videopolis hasn’t seen a show since Legend of the Lion King (with the props for both aforementioned shows still lying around in the theatres), it’s quite clear they don’t want shows in the parks; be that for finance reasons for something unknown.

Furthermore, the entire area around the Chaparral has been virtually abandoned for some time. Woody’s Roundup has been closed for several years and, unless I’m mistaken, never found a replacement. While the area leading up to the Frontierland station does have that scenic atmosphere and Far West feeling, there isn’t much call for being around there – not happy reading for anyone involved with DLP. We’ve all discussed our disproval of Captain Eo’s empty building and the truth is obvious, SOMETHING is better than nothing.

This is exactly why I will more than welcome a permanent Frozen meet & greet area replacing the theatre. It would bring life back into that forgotten corner of Disneyland Park, give fans of the movie a chance to meet their favourite sisters all year round and, best of all, keep the Princess Pavilion in Fantasyland Anna & Elsa free – allowing us to access It’s a Small World without having to squeeze past a snake of guests queueing for a completely different attraction! (Marks my words, that’s going to happen come November 7th)

If a 365 day meet & greet is indeed what InsideDLParis was alluding to in their very speculative tweet then I can’t help but wonder, why not more? By fully detaching the Chaparral Theatre and the rest of Critter Corral from Frontierland and the Thunder Mesa story, something huge could be born.. an Arendelle mini-land. As you walk into the area from the Cowboy Cookout, snow and ice slowly surrounds you to create the deep freeze the Kingdom experienced as shown in the movie. This wouldn’t be just for the winter season either as Frozen should never been classed as a Christmas exclusive movie in my honest opinion, how can it when it’s set in July?!

I know this is an idea that won’t be welcomed by a lot of people, I can understand completely why some are tired of the Frozen fandom and feel it’s invading Disney Parks, but I argue this is too good of an idea to pass up on. That area of Frontierland is dead as it is and while I would love to see a return of its former glory, even the acknowledgement of that would have surely happened by now if it were on the agenda of park management. Continuing to look at this from a management point of view, Frozen is the biggest goldmine Disney has had since Johnny Depp wore a bandana and something DLP has failed to properly pick up on yet. Yes, we have that float on Magic on Parade – along with Elsa appearing in Disney Dreams! of Christmas – but the resort is a full year late on a meet & greet and as things begin to ramp up with talks of a broadway musical, TV show appearances and books, it’s quite obvious Frozen’s succes isn’t just a fade; it’s the next Disney Classic. By introducing an entirely new mini-land into Disneyland Park, this could also path the way for attention being brought back into DLP’s first gate once the Studios has been given some actual theming. Could we see the highly anticipated and sought after Splash Mountain actually come to Disneyland Paris, albeit with Kristoff, Sven and co. providing the dark ride entertainment?

*SMASH!* Hang on.. Did you hear that? It’s the sound of park attendance records breaking.