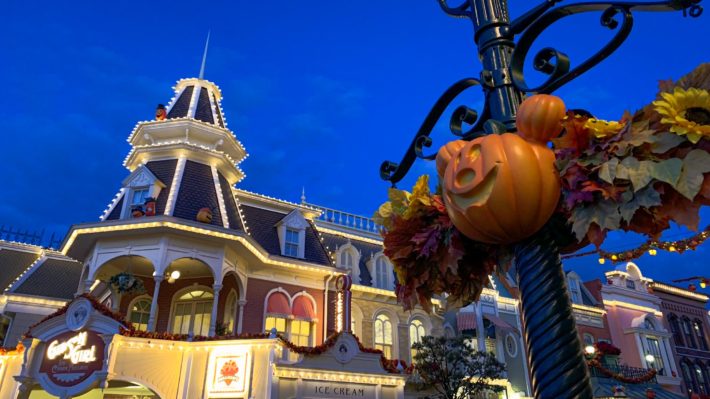 It’s Halloween! The spookiest time of the year is back once again and it’s time to feel the Autumn breeze with Disney’s Halloween Festival 2019!

After several successful years that has seen new additions, characters and stunning decorations this year looks set to be better than ever with most of your favourites coming back for over a month of ghoulish glimmering. 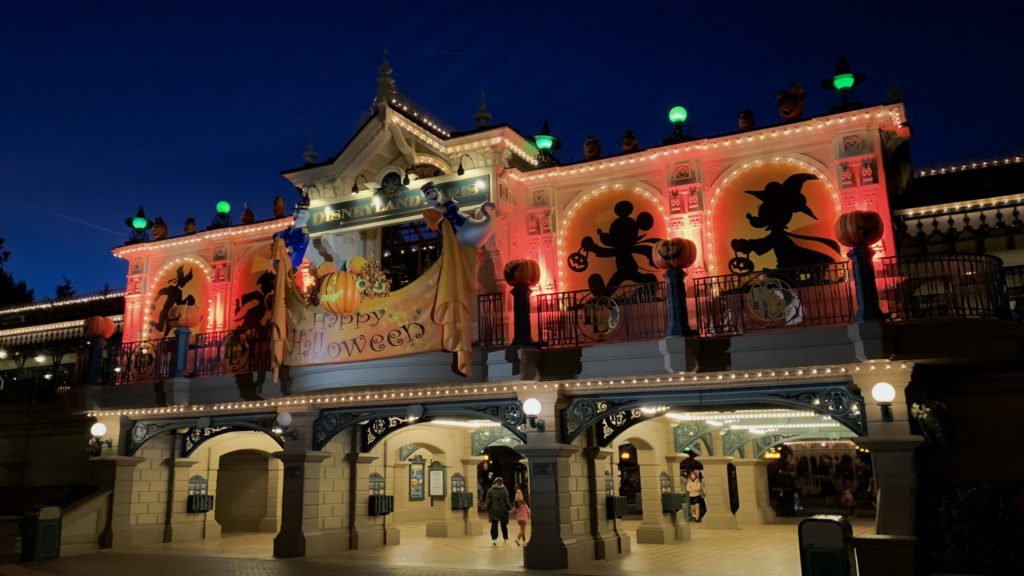 Much like that of Christmas, Halloween is usually a season that sees Main Street U.S.A. transform into something even more stunning to fit with the celebration. This year Halloween will once again see the iconic land decked in pumpkins and ghouls and hopefully the same oranges, yellows and browns that makes it so beautiful in the Autumn.

Returning once more will also be the fantastic Dia de los Muertos inspired decorations over in Frontierland, bringing a Mexican holiday twist to the far side of Thunder Mesa. This is one not to be missed when night falls!

NEW – Are you Brave Enough? 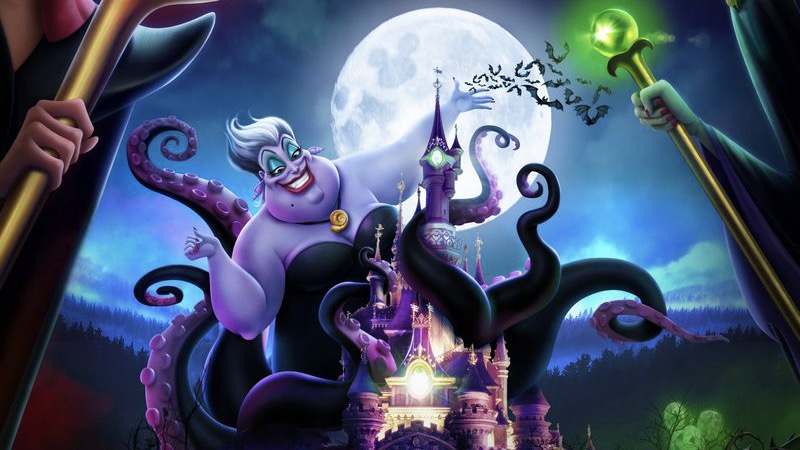 Be Prepared for the Castle Stage is set to play host to a range of Disney villains in a brand new show this Halloween Festival 2019. The likes of Maleficent and Jafar will be lead by the Sea Witch Ursula bringing her own style a menace to Disneyland Park.

Are you Brave Enough? will run several times daily on the Castle Stage in Fantasyland during the Halloween season. 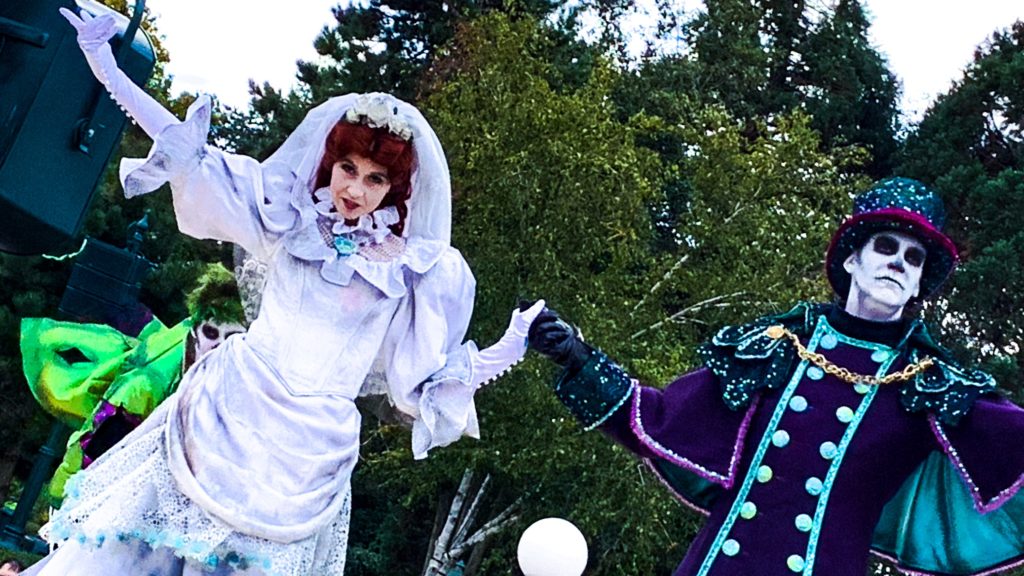 The fan favourite is back again and is better than ever! The beloved cavalcade will be making its fifth outing on the parade route for Halloween 2019 and it truly has never been better.

Last year saw the addition of the incredible ‘Mickey’s Illusion Manor’, a colourful, vibrant tribute to the iconic Phantom attraction of the same name which also saw brand new characters, costumes and an entire mini-show stop on Central Plaza! Hearing that the float and performers will be back for another harvest season is enough to make me already want to book my trip for the season’s opening.

Earlier this year it was revealed that the Walt Disney Studios Park favourite would receive a brand new experience just in time for Halloween. From 28th September 2019 The Twilight Zone Tower of Terror will change forever bringing 3 unique experiences to guests when this ride.

In this permanent change, each of the three elevator shafts will now feature a separate story, complete with the inclusion of an iconic character and drop sequence.

Disney character meets are always a staple to a Disneyland Paris season, and that is no different for Halloween 2019! Old favourites like Maleficent will once again takeover the Castle Courtyard while other regions of Fantasyland will see the Cheshire Cat of Alice in Wonderland fame return.

Elsewhere, famous Disney characters will also be donning their annual Halloween costume for the ghoulish period. Keep an eye out to catch Minnie and Stitch in their best and spookiest outfits. Brand new for this Halloween too will be none other than Max Goof, donning a brand new costume never before seen!

Right off the success of The Lion King & Jungle Festival, Halloween 2019 will welcome a wide variety of themed food and snacks both sweet and savoury for guests to tuck into during their time of All Hallo’s Eve.

Like most seasons, themed treats will be available all around the resort including donuts, cookies, muffins and Disney Villain shaped chocolate treats.

In one of the several buffets at Disneyland Paris, guests can tuck in to a number of soups, biscuits and desserts following traditional spooky themes such as Eye Bowl Jellies, Pumpkin Soup and Ghost Meringues.

For burger lovers two special menus are on offer over in Annette’s Diner of Disney Village and Frontierland’s Lucky Nugget. Though both unique menus are named the Maleficent Burger the two are very different in design and product.

Of course, all this food will need something refreshing to wash it down, and there’s no escaping Halloween even in the resort’s bars. All of the on-site hotel bars will be offering a selection of villainous cocktails including the Green Spider and Witch’s Blood. Non-drinkers haven’t been forgotten about either with the Maleficent chocolate milkshake.

For a full list and images of all the food & snacks available during Halloween 2019 at Disneyland Paris, check out my album HERE. 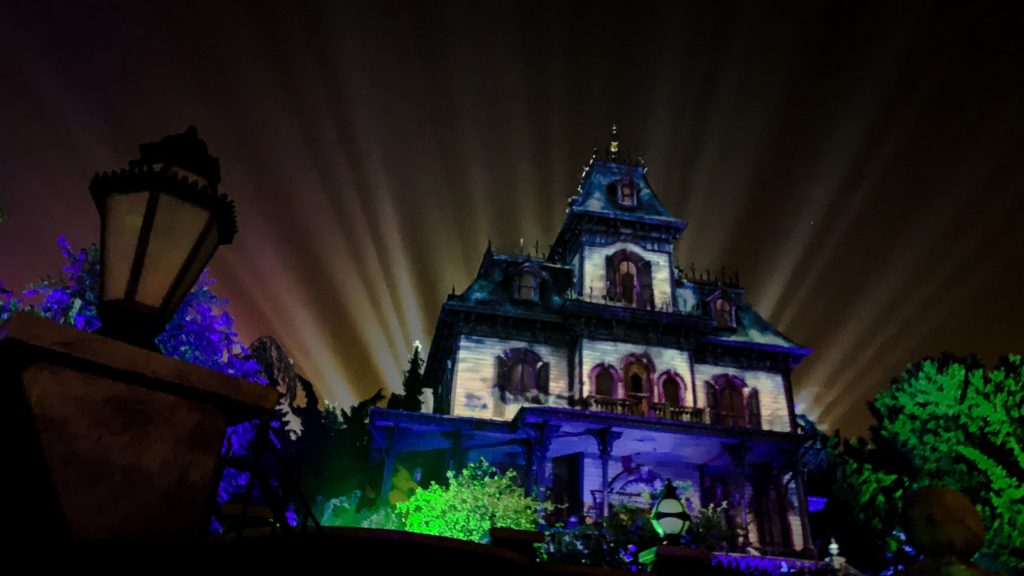 It’s true, Phantom Manor is not strictly a Halloween attraction. But what better one to experience during the festival of all things creepy and eerie than the Victorian horror show that takes place within the walls of the Ravenswood estate?

2019 of course saw the ambitious Phantom Manor refurbishment that made massive changes made to the exterior, pre-show, interior and – most controversially – the story. The refurb was the most ambitious project Walt Disney Imagineering has ever partaken on an existing Disneyland Paris (and in my opinion, the boldest) and although the reaction has been mixed, I implore everybody to experience the new version of this beloved attraction and making their own opinion on what is new.

I may not be a fan of these changes, but the attraction’s place during Halloween is still indisputable. Though I now long for a return to the original story, Phantom Manor will forever be a must visit during this time of year. 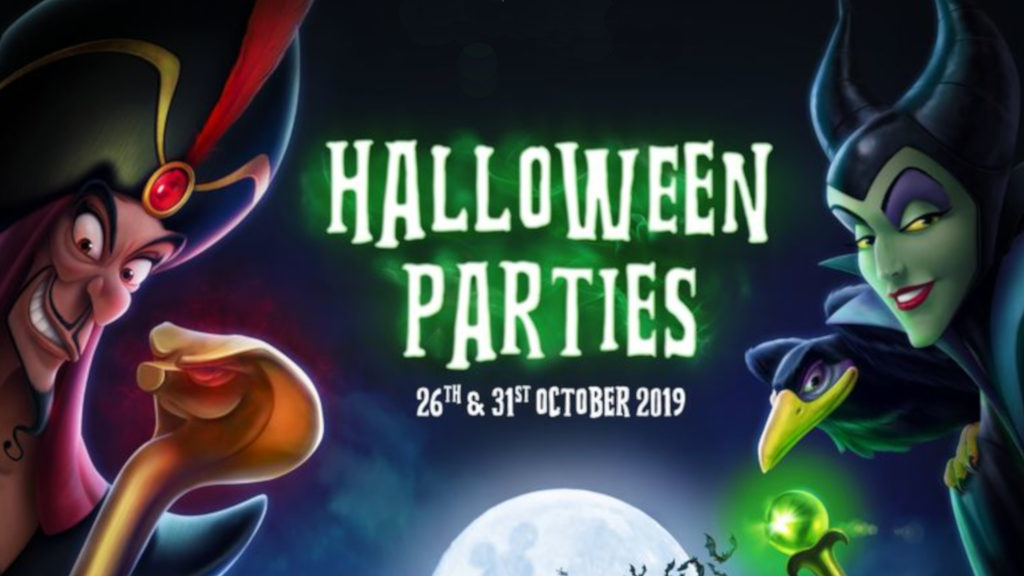 The Disneyland Paris Halloween Parties (or Halloween Soiree as they are more commonly known as) has always been a highlight to mark on the DLP calendar. One of the only occasions where guests of all ages are permitted to dress up, it is usually a night of great shows, extra spooky atmosphere and rare characters eager to meet guests.

During Disney’s Halloween Festival 2019 for the first time the exclusive hard trick event will be plural rather than singular. This year TWO Halloween Parties will take place, one on 26th October and the other – you guessed it – on 31st October.

A number of major additions have also been announced for the events, such as new character meets, dance parties and a project mapped show taking over Skull Rock throughout the evening. The two parties are sure to be events not be missed by the spookiest of Disneyland Paris fans.

Will you be visiting Disneyland Paris during Disney’s Halloween Festival 2019? What new or returning element are you most excited for or is there anything else you wish would materialise during the season? I’d love to hear your thoughts so please send them my way over on my Twitter!