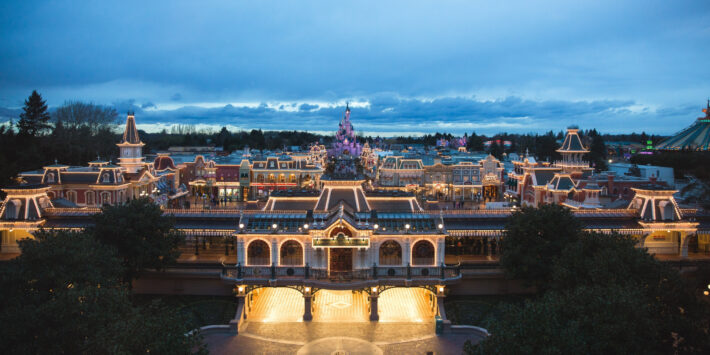 Disneyland Paris and its plan to re-open for a week during the Christmas period has been cancelled, with the resort’s official return now confirmed to be 13th February 2021.

The announcement came via French President Emmanuel Macron who revealed that further restrictions would be in place keeping theme parks closed for the entirety of the Christmas period.

With the global pandemic continuing and the spread of infection higher this Winter than anytime before, the decision was made place France into another lockdown on 30th October. Although it has not been announced yet when theme parks will be allowed to return Disneyland Paris already made the decision to extend their closure to cover the month of January with a re-opening later in February.

As a compromise to losing out on holiday celebrations, plans were proposed to temporarily re-open the parks from the 19th December to 3rd January. This evenings national address by the President has squashed these plans however, extending the resort’s closure to a single, longer one of over 3 months.

The current downtime is the second time the resort has had to temporarily close due to the global pandemic. Disney made the decision to close DLP back in March along with all other resorts as infection rates continued to climb and remained out of action for over 4 months.

Disneyland Paris famously re-opened its doors to a limited capacity back in July with a number of health and safety measures implemented to ensure Europe’s no.1 tourist destination was safe to visit for both guests and Cast Members alike. Although these measures were successful the decision was made to close both parks, Disney Village and all Disney hotels.