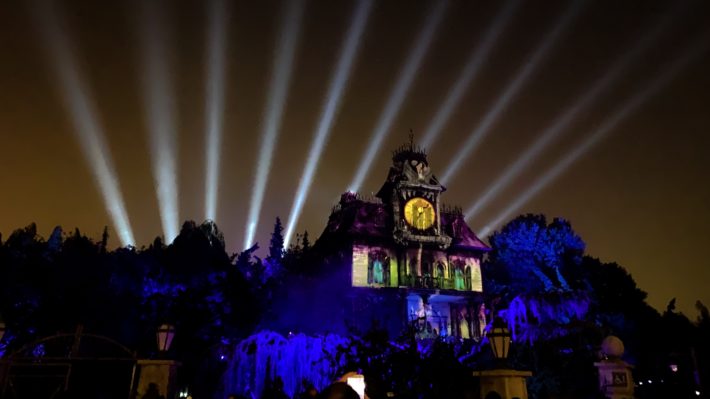 There exists a word nobody likes to hear when a Disneyland Paris trip is approaching. A word that sparks impending doom that your favourite attraction will be closed, possibly for the duration of your stay. Refurbishments.

We selfishly groan and grunt when we see them throw a spanner into our park schedules. A muddle-upper in our preparations for a perfect day of magic. though we know that ultimately they are for the greater good.

If the name hasn’t given it away, refurbishments are when an attraction goes under a period of downtime for maintenance work to be carried out. That could include a new coat of paint on the show building, or replacing effects and ride systems that have been worn by the test of time. In some cases refurbishment time may even be used to make some additions or changes to an attraction.

This year in particular there is has been a number of Disneyland Paris refurbishments, many of which more extensive than the general routine ones most attractions receive. Disneyland Park has seen Autopia and Dumbo close its doors for several months as important work and updating has gone underway. Even Walt Disney Studios Park – which is currently seeing a number of attractions close permanently to make way for future experiences – is not immune as Cars Race Rally has gone down to the maintenance fences. 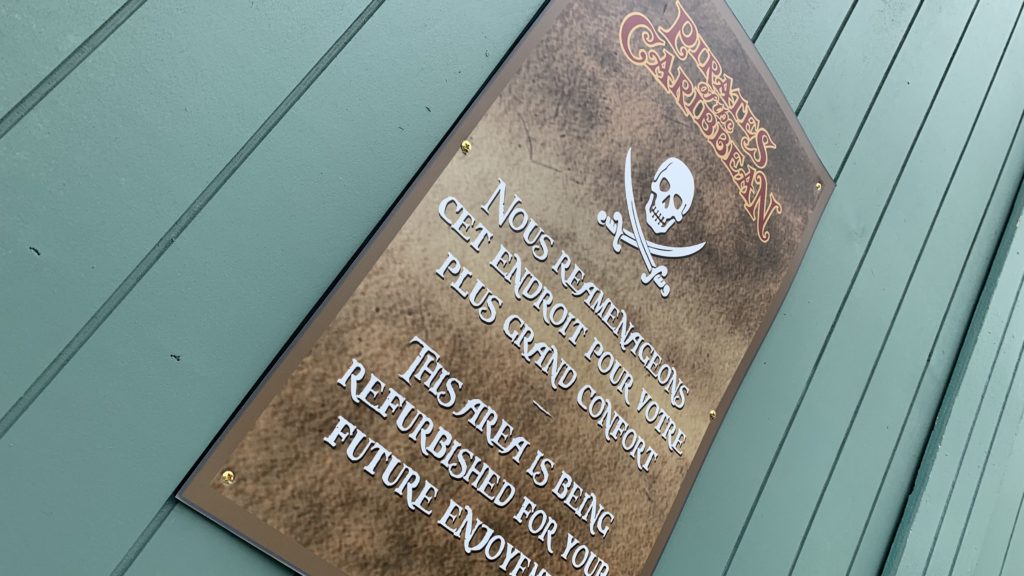 Of course this isn’t exactly alien, especially for Disneyland Paris. 2016 and the beginning of 2017 was a stage of DLP history that cause extensive downtime during what was known as Project Sparkle. The initiative to breath new life into several beloved attractions and ensure everything was running the best it possibly can during the 25th Anniversary.

What is new however is how the end of these refurbishments and their reopening to guests have been handled. Before it was almost exclusively a sombre affair with the attraction opening at 10am (or 8, should the attraction be an Extra Magic Time option) as if it had never been absent before. The only fanfare involved being the morning jingle of ‘Magic Everywhere’ welcoming guests into the park.

Things have started to make a major change however and Disneyland Paris refurbishments are starting to become points of interest. Several attractions after undergoing a major overhaul or clean up have seen fun, dedicated and even themed effort going into welcoming their return.

The first of these could most likely be traced back to 2017 with the long awaited reopening of Big Thunder Mountain. To mark the iconic E-Ticket’s return a special, limited edition Thunder Mesa Messenger newspaper front paper was handed to guests entering Frontierland, detailing the minetrain’s triumphant return. Even the draining of the Rivers of the Far West was given an in-universe explanation of a drought.

Just this past weekend Dumbo The Flying Elephant made its official return to operational status, ending a 5 month long refurbishment that saw two delays. The renovation which added new lighting, mechanics and a full paint job rejuvenating the attraction was marked with an occasion including Mickey Mouse himself (donning a very exclusive circus outfit) and even a live band.

? Dumbo the Flying Elephant is officially cleared for takeoff! pic.twitter.com/Az7jcFbRoU

The biggest of all from these refurb reopening events however has, by some margin, been Phantom Manor. As one of the longest and most ambitious refurbishments even conducted by Disneyland Paris, bringing massive changes to the attraction’s story, effects and beyond. To commemorate the attraction’s very much anticipated return all the stops were pulled out with an Annual Pass and press night dedicated to its reopening. Firework displays, ghoulish guests and even appearances from famous Thunder Mesa townsfolk was in store during the several hours guests had to celebrate Ravenswood’s return.

These mini events may fluctuate in size but Disneyland Paris cannot be faulted for the effort and creativity that is going in to them. Commemorating a return breathes more life not only into the attraction but the land itself.

As fans we are often guilty of looking beyond the bigger scope and demographic targets in lust for the smaller details. No matter how many new shows and attractions may come you will forever see shouts for more immersion and little streetmosphere additions. The type of content that made fall in love with the resort. These refurbishment reopenings are exactly that.

On the grand scheme of Disneyland Paris refurbishments, or indeed the resort as a whole, making a spectacle out of an attraction’s reopening is not the most important thing in the world. But for the dedicated fans who long to see the parks continue to live and breathe in more ways than just expanding this is one of the most welcomed additions. Long may it last and bring on the next one!