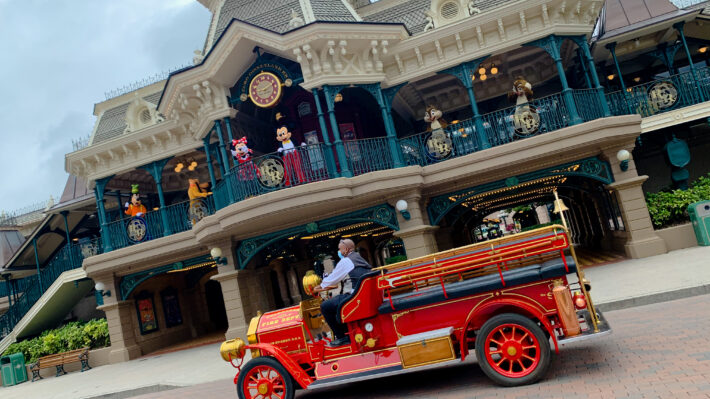 Disneyland Paris will remain close until 2nd April as plans to re-open the resort have been delayed again, cancelling the initial February return.

Under French legislation the parks, on-site hotels and Disney Village is currently closed with public access placed until a curfew to help suppress the spread of infection of the COVID-19 coronavirus pandemic. Initially announced in October it was projected that DLP would welcome guests once again by 13th February.

These plans have unfortunately been postponed following a statement from Disneyland Paris confirming that the resort would remain closed to guests and Cast Members until further notice, cancelling the originally planned re-opening date.

This news comes after an official statement from France Prime Minister Jean Castex last week regarding the global pandemic and the country’s efforts to quell the spread of infection. Announced via a press conference, it was revealed that further restrictions will be put into place including the mandatory isolation of any arrivals into France and a new curfew from 6:00pm throughout the country. This new curfew will last for at least 15 days.

This is the second temporary closure the resort has had to endure as a result of the global pandemic. Last March saw the first shut down before a short but welcomed return in July. Although a number of health and safety regulations were in place this meant that most of the Summer period was enjoyed in the parks before a rise in more cases lead France into another lockdown in late October.

While the magic may be out of reach for guests currently, work is able to be conducted safely within the resort on a number of key additions and refurbishments.

Work is nearing completion on Disney’s Hotel New York – The Art of Marvel as it looks set to become the first Marvel themed on-site hotel in any Disney Park while over in Walt Disney Studios Park Disney Junior Dream Factory plans to welcome guests for the first time later this year along with Cars Route 66 Road Trip, replacing the old Studio Tram Tour.

Elsewhere in Disneyland Park major refurbishments will be seen on Main Street U.S.A. when guests can finally return through the gates. The most obvious change of scenery will no doubt be the park’s castle and icon, while will likely be covered in tarp by the time the park returns. This hugely ambitious renovation project is set to last all the way until the resort’s 30th Anniversary next year and looks to completely refreshen the castle as well as replace several key turrets.

La Chateau is not the only beauty spot to get a facelift however. DLP Report recently noted that work is well underway on replacing the Town Square gazebo on Main Street. This has been a long planned project which saw a series of delays but looks like it is set to reach a completion by the time guests will return into the parks.

Disneyland Paris is to remain temporarily closed until at least Friday 2nd April 2021. Guests will bookings are urged to visit the official website for more information.