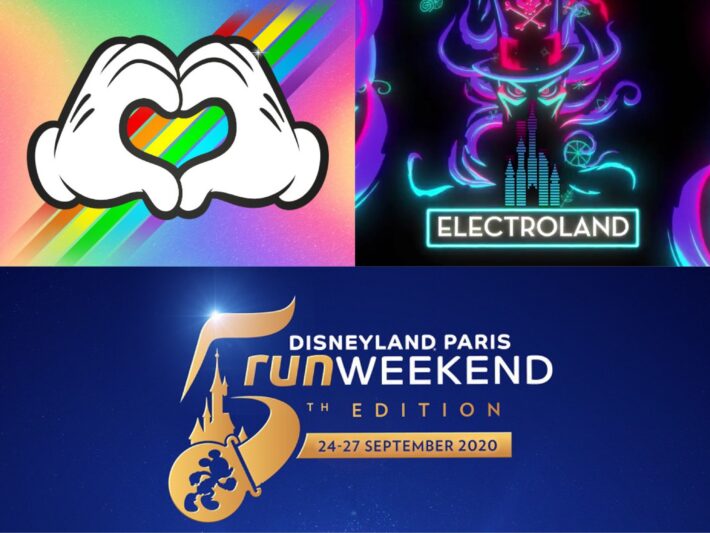 Rumours has been circulating for some time that these events would not return during the calendar year, despite an initial announcement in 2020. Today Disneyland Paris released the following statement confirming that the three staple Summer happenings would not be going ahead.

Disneyland Paris currently remains closed after an extension was announced to the res’ort’s second lockdown which began in October. Parks were intended to re-opening earlier this month but after an update to government restrictions a new return date was set for 2nd April.

Although the resort is confident guests will be allowed back through the gates by the summer, crowd restrictions would have made events such as Disneyland Paris Pride and Electroland difficult to operate without severe changes and limited capacity. Prior to the global pandemic both special parties would attract thousands of guests for evenings of celebration and party including live music, attractions and unique merchandise.

The Disneyland Paris Run Weekend on the other hand is a standout attraction in the typical DLP calendar and would have attraction a sizeable crowd, all of which huddled together in corrals like many marathons found all over the world. This year would set to celebrate the 5th Anniversary of the runDisney events after cancellations of two race weekends planned in 2020.

This is the second time these events have had to face the axe due to the current world conditions. Last April the two special parties were simultaneously ‘postponed’ with the hope of a future appearance in 2021, before the DLP Run Weekend joined them on the sidelines by June. At the time of writing no 2022 iterations have been revealed, but it is likely these will return next year should conditions return to a state in which they can operate.

Be sure to stay tuned here and over on Twitter for all the latest on Disneyland Paris Pride, Electroland and the Disneyland Paris Run Weekend, including if any future iterations are announced.