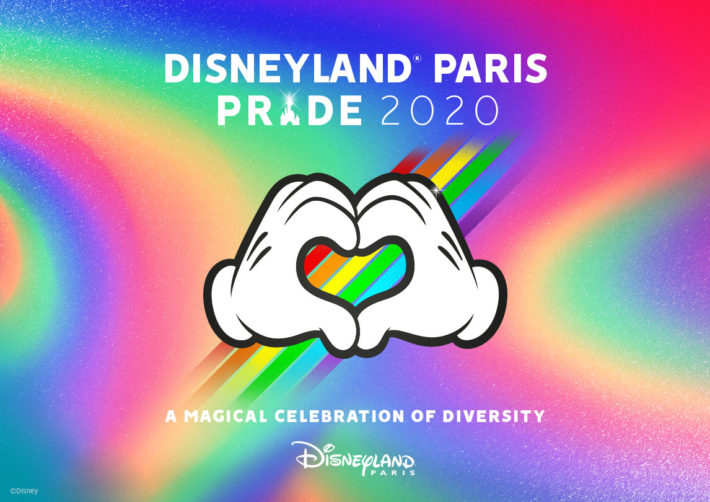 First details have been announced for Disneyland Paris Pride 2020, the third Pride event to be held within Europe’s number one tourist destination.

Launching in 2018 as Magical Pride, the event was a major success seeing a return the following year. Although sporting a new name next year’s special event the party will be more of the same with some along with some additions and one major change.

For the first time, Disneyland Paris Pride 2020 will be held inside Disneyland Park, moving away from the Studios park that previous events where hosted. As a larger and significantly more beautiful park this is without doubt a welcome change and something that seems to be a trend for the Disneyland Paris Events Group; as other special events including the Annual Pass exclusive nights are appearing more commonly in the ‘main’ park.

The Magical March of Diversity, a highlight for many in attendance last year, will once again return with the added quality of this time running along the traditional parade route. A DJ and dance party filled with special guests will also appear on the event’s programme once again, with the set list to be announced at the later date.

For those looking to do more (or less?) than sing along, the Disney Magic Lip-Sync-Along from last year will again return for Disneyland Paris Pride 2020. Should it be similar to its inaugural edition it is sure to be a fun show allowing guests to perform some of their favourite classic Disney hits.

As Disneyland Paris Pride 2020 will be a DLP special event, this of course means a number of rare and special characters will be in attendance for guests to meet & greet throughout the party. A selection of attractions will also be open, allowing for fans to relive their favourites or firstimers to discover their new ones.

Disneyland Paris Pride 2020 celebrates diversity for all on Saturday 6th June 2020 in a party running from 8pm – 2am. Details on tickets will be revealed within the new year.