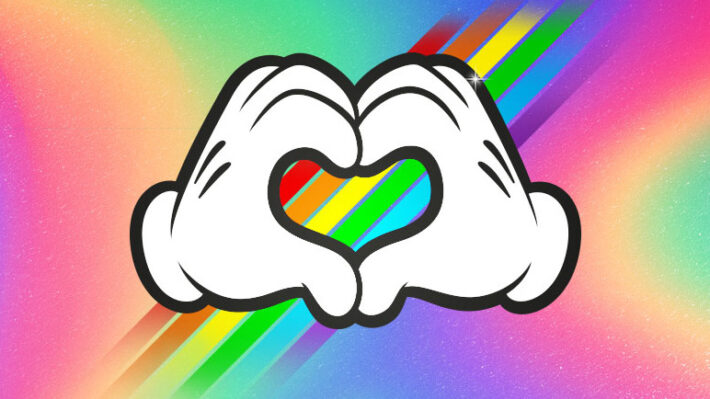 Update: Disneyland Paris Pride 2021 has been confirmed to take place on Saturday 12th June 2021 from 8pm – 2am. More info on the event is expected to come at a later date.

Disneyland Paris Pride 2020 has been cancelled due to the resort’s temporary closure, with a future iteration of the event announced for 2021.

The diversity and equality special event was scheduled to take place on 6th June and be the first Pride event held within Disneyland Park. Previous iterations of the party were held in Walt Disney Studios Park.

Interestingly Disneyland Paris are labelling the decision as a ‘postponement’ rather than a cancellation. Guests who had made bookings for the event, be that ticket only or via an official hotel package, will have their reservations cancelled and automatically receive a refund.

For more information, guests are being advised to visit the official Disneyland Paris Pride website which has been updated in accordance to this news.

As a result of the unprecedented situation and in line with most recent government measures, Disneyland Paris Pride (June 6) and Electroland (July 3-5) will be postponed until June 2021 and July 2-4, 2021, respectively. We look forward to seeing you then for these exciting events and will share more details soon.

Disneyland Paris is currently closed until further notice as France remains in lockdown due to the COVID-19 coronavirus pandemic. French President Emmanuel Macron recently revealed that the lockdown would be extended until 11th May.

President Macron also confirmed large gatherings such as concerts and sporting events will remain called off until mid-July, with a review on the decision to be made in May. Given the size and volume of guests who attend Disneyland Paris every day, this would no doubt include the resort as a location unable to reopen until the Summer at earliest.

Guests who are effected by the resort’s closure are urged to visit the dedicated page created on the official Disneyland Paris website for information on how to re-schedule or refund their bookings. Please note that this page is regularly updated so check back in the event of sudden changes.

Though now cancelled many details on Disneyland Paris Pride 2020 were announced prior to these unforeseen circumstances. The event seemed to follow the pattern of last year’s entry with different shows, parades and events such as the Magical March of Diversity and a Disney Magic Lip-Sync-Along. The major difference between it as previous entries of course being the venue of Disneyland Park and the theming, atmosphere and attractions that come with it.

Rare characters were set to appear for exclusive meet & greets along with a number of DJ and dance parties throughout the night. Global pop star Mika was scheduled to perform at the special event with a number of other artists set to be revealed in lead up to the party in June.

The announcement of Disneyland Paris Pride 2020’s cancellation is no doubt a disappointing one, especially as this was planned to be the first of these events to be held in the first gate of the resort. Rest assured however Pride will be celebrated once again at DLP when the special event returns in June 2021!