It’s been an awfully exciting weekend for Disney fans around the globe. Whether you love Marvel and Star Wars, prefer your animation Pixar or just want some traditional Disney entertainment, you have probably gotten hyped by an announcement or two at the D23 Expo in Anaheim. The Comic Con of DisNerds, this is where the Mouse reveals some of its biggest projects and ideas for the coming years.

Last night saw the along awaited and highly anticipated Parks & Resorts presentation. The final ‘big’ event of the expo’s calendar, this was a must watch by many Disney parks fans eager for news on their favourite parks and resorts around the world.

Last week I theorised how likely a Disneyland Paris presence would be at the presentation. While many had their own levels of expectations, what we did get was a nice little mention of the 25th Anniversary and two items of news connected to the Parisian resort. 2014’s Ratatouille E-Ticket will soon lose its Walt Disney Studios exclusivity as Epcot’s French pavilion looks to gain a clone of the dark ride, while the long rumoured Hotel New York retheme has been confirmed under the subtitle ‘The Art of Marvel’.

Firstly, my thoughts. Losing exclusivity of any attraction is always a little disheartening for any park. You want your biggest and greatest rides to be only yours and a main pull for international guests to visit. That being said, I personally don’t see Rataouille as one of our top attractions – in the Studios or the resort as a whole – so I’m not too upset. If we must sacrifice one of our unique attractions to be shipped elsewhere, it wouldn’t be the first I chain myself to in protest. Besides, we still have Mickey and the Magician all to ourselves. May it forever remain that way.

The Art of Marvel is something I am very excited to see and was surprised to see announced at D23. I have been calling for a long, long time now that Paris needs more Marvel in the resort and no hotel best fits the superheroes than one based on the city backdrop of their most successful movie. The subtle and classy look of this proposed retheme screams premium and taste, giving much more an Art Deco appearance at first glance rather than capes and spangly outfits. Much like the work done at Santa Fe, Sequoia Lodge, Newport Bay and Cheyenne, I think this is going to be a well executed marriage of IP and traditional theme in a way that will suit the brand faithful and those with no understanding of the Marvel Universe. 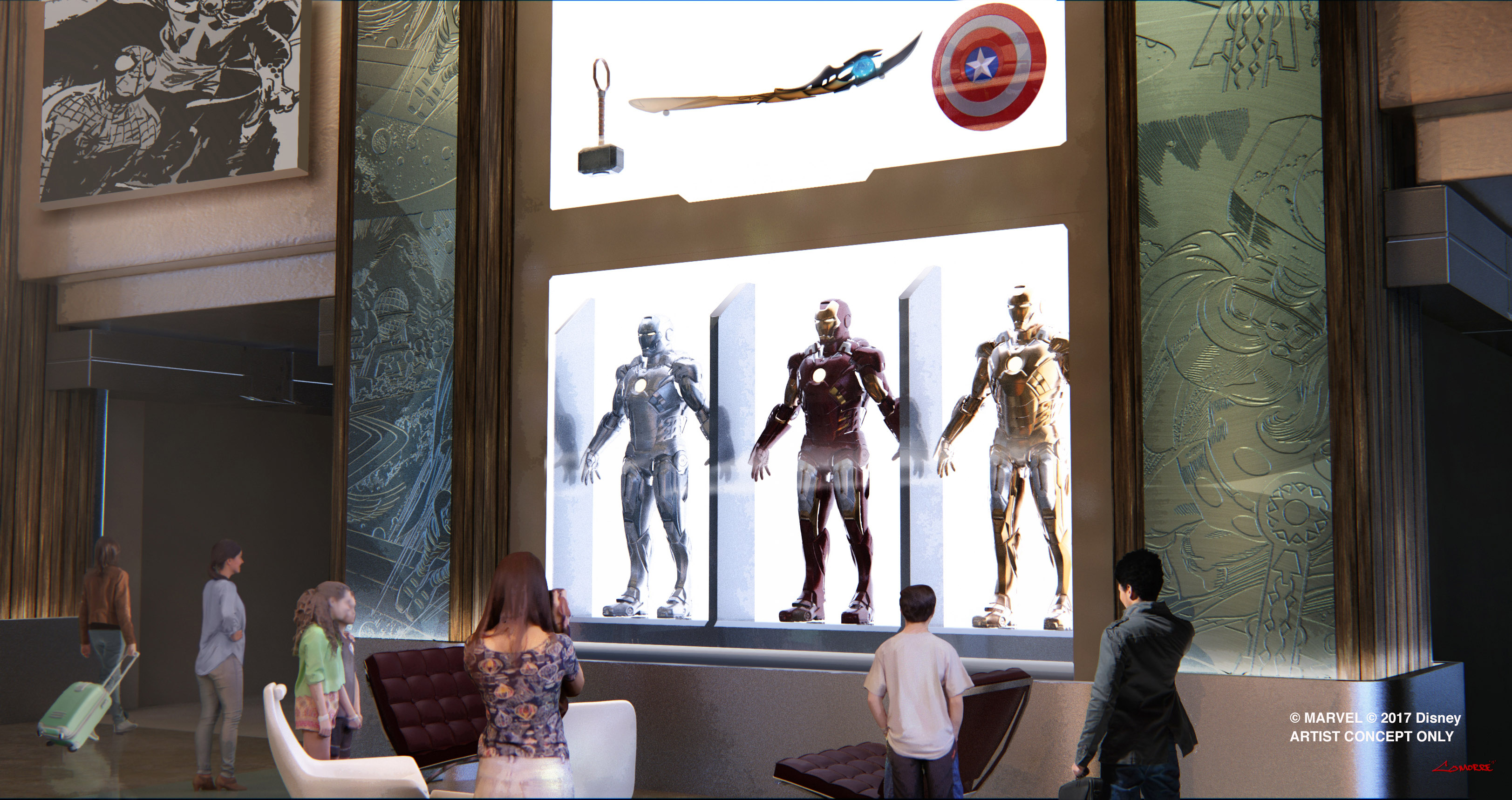 As for more DLP news at D23… that was it. No big attraction announcement. No Walt Disney Studios expansion revealed. Essentially we just got a shout out and a hotel refurb. As expected, this has lead to many voicing their frustrations both at The Walt Disney Company and Disneyland Paris. It’s a criticism I feel is being greatly blown out of proportion.

Of course, it would have been nice to have got more news at this presentation, who wouldn’t jump at the opportunity of hearing news on a new ride or land with all the Disney world watching? It’s important to remember though two things: prioritising and time constraints. Star Wars Land (now officially named as Star Wars: Galaxy’s Edge) was always going to be the big centerpiece of the show. It’s the biggest, most ambitious project Parks & Resorts has ever started onto an existing park in one go, and they’re doing it to 2 parks at once! Many people may not have realised, like myself, that Walt Disney World’s 50th is right around the corner too. That is something that needs huge treatment being the flagship resort for TWDC. Given how these expansion projects often take years to construct before they are opened to guests, D23 2017 was the perfect opportunity to reveal some of the plans in the works for that 2021 celebration. Maybe it even got your head calculating up the cost of a future trip to Florida?

By the time both these areas were addressed, there wasn’t a lot of time left to cram in all the other news. Disney Cruise, Pixar Fest and our own Hotel New York, they all managed to get slotted in to an already packed schedule. Something our friends in Asia weren’t so lucky with. Hong Kong’s and Shanghai’s Disneyland were relegated to brief mentions at best. And as for Tokyo, it didn’t even get as much as that.

Disneyland Paris is now of course fully part of the Disney family, the buyout is signed, sealed and delivered and is now part of the Disney Parks & Resorts umbrella. This means that Paris should have a true presence being this is a presentation held by that branch of Disney, right?

Yes, and no. DLP may be under full control of The Walt Disney Company now, but the ink on that contract is still drying. As many have said since the buyout was announced several months ago we aren’t going to see overnight changes and improvements – even by one of the biggest companies of Earth – takes time. Those who remember the construction processes of major E-Tickets like Ratatouille and Tower of Terror will remember they took years to create, and in the midst of the resort’s Silver Anniversary we don’t need attention brought away from that in favour of something half a decade away at best.

We may not have got a lot of news this year, but I am not worried about stagnation. It’s normal to feel a little bit left out right now, while the rest of the parks are excited for Star Wars and Marvel Lands, Epcot expansions and Toy Story, we’re sat in the corner sulking. Rest assured our time will come. Disneyland Paris will have a bright future.

The past year or so has seen a combination of lots of little improvements to make some real big improvements to the resort. Entertainment has greatly boosted in quality, character use so far has been handled well and there has recently been some fantastic synergy with the rest of the Disney Company as blog posts and exclusive announcements become part and parcel of the official Disney Parks blog. That may not seem like a big deal, but after years of being used to leaks from insiders and announcements made far too late this is a very welcomed change.

And this is only the start. Rome wasn’t built in a day and Disneyland Paris wasn’t changed in one either. Issues are being addressed and – through new management of Catherine Powell and Disney – we have no reason to doubt more is on the way. Taking a leaf out of the Marvel Cinematic Universe, I believe you could see DLP’s state as a series of ‘phases’. Phase 1 is nearing its completion, the lengthy refurbs are all but finished, the hotels are almost fully addressed, and a lot of guests’ major complaints are being handled. Once management is truly satisfied with this (and probably, given the green light from Disney) then phase 2 can commence; fix Walt Disney Studios.

I thoroughly enjoyed D23 this year. I loved the announcements made and the excitement of following it all, wide eyed with excitement in front of my laptop and phone. As fun as D23 2017 has been though, 2019 is the one to watch for. The resort will be 2 years into its new era, the 25th anniversary will be a memory and, hopefully, Hotel New York will have its Marvel additions. That should path the way nicely for DLP and Disney to address the fans, the audience and the world on the next era of their European resort. Yes, 2019 I feel could be the D23 for Disneyland Paris fans.