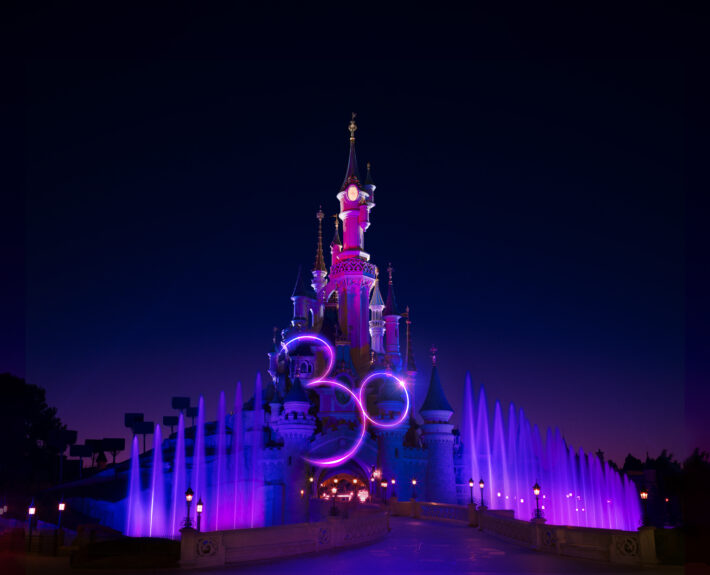 The announcement was officially made by Disneyland Paris themselves, who note the anniversary is exactly just 6 months away. Although no details have yet been given on what the anniversary will hold, there are promises of a “once-in-a-lifetime celebration of the resort’s enchanting past and exciting future”.

With a major milestone approaching in just 6 months, guests can anticipate more Magic on the horizon as Disneyland Paris kicks off the 30th Anniversary on March 6, 2022. This once-in-a-lifetime celebration of the resort’s enchanting past and exciting future will invite guests to enter a shining new era where they will dream bigger, laugh louder and smile wider. Creating a festive atmosphere, Disneyland Paris’ 30th Anniversary will feature a host of special experiences across Disneyland® Park, Walt Disney Studios® Park and the entire resort.

Despite a lack of info yet to be revealed, new additions such as the eagerly awaited Avengers Campus should be expected as the flagship addition of the anniversary. Progress is continuing on the Marvel dedicated land in Walt Disney Studios Park with construction really beginning to take shape. Work is also continuing on the new lake which will be coming to the Studios in several years time, opening up new expansion areas for Frozen and more.

Also revealed is a first look at the official logo for the resort’s 30th celebrations. A very classy design which has already won over many hearts of fans, the design cleverly incorporates the ’30’ of this Pearl anniversary into the form of a Hidden Mickey, the iconic silhouette known all throughout the globe. The logo is stylised in a beautiful seep of purples, blues and pinks, providing a regal yet warm appearance.

Disneyland Paris 30th Anniversary will officially begin on 6th March 2022. Be sure to stay tune here and on Twitter for all the latest news on what will be in store for the anniversary as and when it is announced.