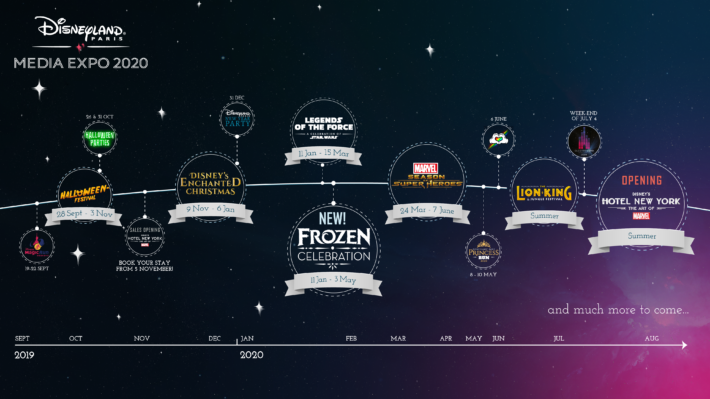 Though the launch of Frozen Celebration and the return of The Lion King & Jungle Festival mark key points in the next year for the resort, an announcement was also made for a “Princess Run” runDisney event. This first dedicatedly themed run will take place on the weekend of 8th – 10th May.

The unveilings came at the Disneyland Paris Media Expo, where selected press were giving the opportunity to see what the resort has to offer for next year and beyond.

Other confirmations include reassurance that the Avengers and co. will return for Marvel Season of Super Heroes on 24th March.

“Meeting our guests’ expectations is not enough; our goal is to exceed them. This is what drives us to reinvent ourselves constantly and to be bold, with a desire for innovation and creativity that are at the heart of the Disney DNA.”

Of course, stay tuned to The DLP Geek here and on Twitter for more news on Disneyland Paris 2020 as it is announced!