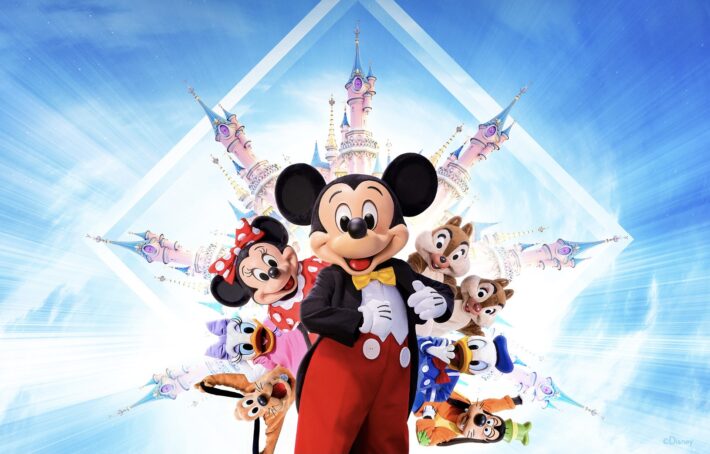 Disneyland Paris will re-open to guests once against on 17th June 2021, it has officially been announced.

Europe’s no.1 tourist destination is still currently under its second temporary closure as a result of the COVID-19 global pandemic and France entered another national lockdown back in October. Since then French government has allowed theme parks and other recreational areas to welcome the public once again, allowing the resort to return to a limited operation.

“We have all been dreaming of this moment,” said Natacha Rafalski, President of Disneyland Paris. “The moment we can reunite and enjoy unforgettable moments with our family and friends. When Disneyland Paris reopens, our Guests will be able to enjoy the outstanding experiences we are known for, from iconic attractions and new heart-warming Character moments to unique interactions with our Cast Members and even a few surprises along the way.”

Much like the initial return of the parks back in July last year, guests hoping to return to the magic again will expect a number of health & safety procedures to ensure the well-being of guests and Cast Members alike. This will of course include the mandatory wearing of face masks for those over the age of 6, social distancing, limited capacity in attendance and attractions, the implementation of hand sanitisation stations and reservations required to enter the parks. You can find more details on the safety measures as well as my personal thoughts on them from the first re-opening in my original review from last summer.

A number of changes and additions have been made to the resort for this second re-welcoming to guests, adding an extra layer of magic and joy the parks. Several Selfie Spots will return once again, allowing guests to capture a socially distanced photo with their favourite characters ranging from Disney classics to Pixar and Marvel.

New for this return to operation however will be Star Wars Legends, a brand new selfie zone dedicated to the heroes and villains from the Galaxy, Far far away as they take over the Videopolis after their previous occupation years prior. The Cheshire Cat Express Train will also be rolling down Main Street again, including favourites from Alice in Wonderland along with Mickey & friends.

Meanwhile in Walt Disney Studios Park, guests will finally be able to experience the brand new attractions Cars Road Trip as its official opening will coincide with the resort’s return to the public. Guests will join Lightning McQueen and Matar on a Cars inspired road trip along the famous Route 66 as they encounter a number of oddities and curiosities, cumulating in the fan favourite Catastrophe Canyon; a remnant of the new attraction’s Studio Tram Tour legacy.

Also announced today was the official opening of Disney’s Hotel New York – The Art of Marvel. Although it will just miss the resort’s return of 17th June it will start to welcome guests just a few days later on 21st June. This will be an historic moment for Disneyland Paris as it becomes the envy of the world with Disney’s first Marvel inspired hotel, celebrating the art and craft that magics the comic book giant’s name so iconic and beloved by so many.

Art of Marvel’s grand opening will be the second on-site hotel to welcome guests from this re-opening as Newport Bay Club will lead the way opening the same date as the parks. This will be followed by Hotel Cheyenne on 1st July and Davy Crockett Ranch on 13th July. No re-opening dates have yet been provided for Hotel Santa Fe or Sequoia Lodge Hotel while Disneyland Hotel will remain closed as work continues on its ambitious refurbishment.

A number of unique packages will be made available for guests booking an on-site stay with the promise of flexibility in modifications and cancellations given the current climate with the global pandemic. More information can be found by checking the new package page on the official website.

Disneyland Paris re-opens to the public on 17th June 2021.