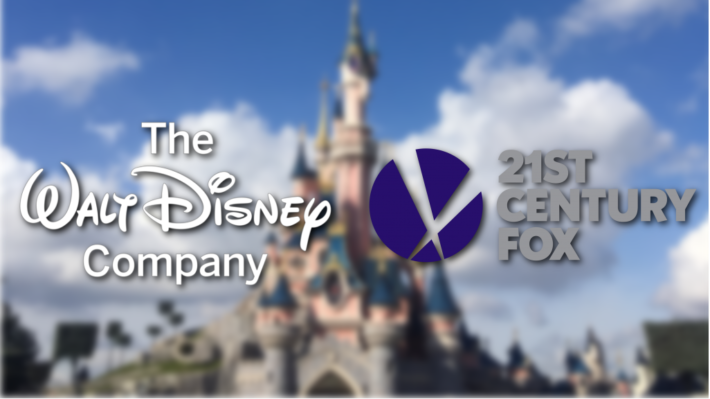 After months of negotiating, offers and counter offers, The Walt Disney Company has announced their stockholders have voted in favour for the company to purchase several assets from 21st Century Fox. Among those assets is the movie studio giant 20th Century Fox; the home of film classics like Alien, Die Hard and the X-Men franchise. What follows now will be several years of intense, brain-wrecking paperwork but it is a very exciting time to be a Disney fan. Bob Iger has secured yet another massive name to the company’s belt bringing more opportunities in to all of its departments. This has the potential could be an acquisition bigger than any before in his tenure. Even bigger than Marvel and Lucasfilm.

But, what will this mean for Disneyland Paris? Will we see an influx of new IPs shoved into every corner and crevasse of the parks? Is Space Mountain going to become a rollercoaster chase from a Xenomorph, with the upcoming Frozen Land in the Studios axed in favour of Avatar? The short answer – no.

It’s important to look at two key things when discussing Disney’s purchase of the Fox studio, especially when looking at it towards other branches: Why Disney has done this and what they plan to do with it. Of course, Iger and co. are keeping tight lipped on their master plan and reasoning for now, that only makes sense considering the $71.3 billion price tag they’re splurging on. That being said, I think we can make a fairly safe guess from knowing what 20th Century Fox is. One of the biggest movie studios in the world, the name, logo and even its title card is synonymous all over the globe with young and old alike… Emphasis on the old. I believe the entire reason for The Walt Disney Company purchasing 20th Century Fox and other assets is to cement itself with a reputable platform to release films outside of the family friendly genre, without fear of alienating its existing audience.

By definition, this is why I feel we’ll see very few, if any, current Fox properties making their way into a Disney park. Some of the studio’s most popular work are from genres like horror, thriller and mature action. Genres that simply don’t translate into an atmosphere like that of Disneyland Paris. Indeed, for all we know it could be well within the Mouse’s interest to sell off the licenses to movies they have no intention of using. After all, I don’t think anyone is calling out for a Babylon A.D. sequel.

Of course, there will be exceptions. I’m sure there are many franchises The Walt Disney Company have looked very closely at when these assets originally went up for sale. Success stories like James Cameron’s Avatar and the Planet of the Apes trilogy are hard to ignore. Fortunately we have the most perfect location for these multi-billion dollar pictures to call home in a park atmosphere; Walt Disney Studios Park. While I doubt the likes of Pandora will make its way to Paris (no matter how much room the concept art appears to show) it’s very possible we can see film references pop up sporadically when necessary. Think of scenarios where 2002 era WDS would call for the likes of Armageddon, Signs and Pearl Harbour, only with profitable, memorable titles instead.

There’s also the mutant in the room, the X-Men. Disney acquiring 20th Century Fox means the franchise, along with the Fantastic Four, will finally be returning to Marvel and could very possibly end up as part of the Marvel Cinematic Universe alongside the Avengers and Guardians of the Galaxy. Should that happen then I think its certainly possible we will see the likes of Wolverine and the Thing in our upcoming Marvel Land… eventually. Legally speaking Disney has been in a position where they can put any and all Marvel superheroes into any of their parks (the exception being Walt Disney World) ever since the comic book giant was purchased in 2009. This is how we were able to have Spider-Man make his Disneyland Paris debut while on his fifth Sony Pictures produced movie. The fact we have had 9 whole years of potential with these characters and nothing to come from it makes me feel we still aren’t going to see them anytime soon. This is a situation where the ball is firmly in Kevin Fiege at Marvel Studios’ court. The chances of meeting up with the X-Men and Fantastic Four in Disneyland Paris rely on if, and only if, the studio wishes to bring those heroes and their stories into the MCU.

Above all of this however, one shouldn’t tempt the risk to run away with their expectations and remember the long, complicated process that awaits Disney and Fox. While the deal may now finally be approved and the fee agreed for The Walt Disney Company to acquire these assets from Fox, it isn’t as simple as buying a Pineapple Whip from the Adventureland kiosk. The entire process is expected to last several years. Disney may not legally own 20th Century Fox, the X-Men and everything else until after Walt Disney Studios Park’s massive expansion plan is well into construction, or maybe even complete. If Disneyland Paris is to see any effects from this business venture, it won’t be until the ‘not-too-distant-but-still-kind-of-distant’ future.

What are your guesses for what Disney’s purchase of 21st Century Fox assets means for Disneyland Paris? Are there any movies or properties you’d love see brought into either of the parks? Let’s open up a dialogue. I’d love to hear your thoughts in the comments below and on Twitter!