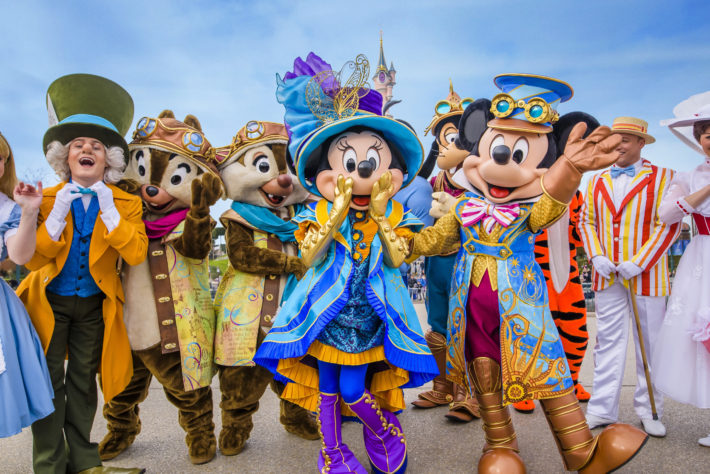 Disney Characters Night will be the theme of the next Annual Pass event, it has been announced.

The exclusive event available to both Infinity and Magic Plus passholders will be held on Friday 13th September from 10pm until 3am in Disneyland Park.

Big news at Disneyland Paris! Disney Characters will invest the entire Disneyland Park! Each land will welcome its own very special guests: immersed in their surroundings, characters will evolve in their stories. Emotions, adventures, encounters full of surprises… Get ready for the most magical evening of the year!

Details are of course scarce at the moment, though the headline of the party is confirmation that over 100 characters will be available to meet attendees. A massive feat that dwarfs that of previous exclusive events Disneyland Paris has held.

Character meet & greets have always been the main attraction to these AP nights, with the majority of them sparking interest with their rare characters often unseen at Disneyland Paris and other Disney parks around the world. With this part of the Disneyland experience becoming the official focus point this opens the door for all sorts character to make an appearance during the 5 hour party. No character can be restricted or excluded due to reliance on a theme.

Attractions, restaurants and shops will also be open during the event. A brand new show will also play host on the Castle Stage featuring several classic characters of Walt Disney Animation.

Perhaps most interesting is the announcement that the night will see the introduction of new meet & greet system, designed to ensure every guest has ample opportunity to pose for photos with as many characters as they can. Although no further information has yet been provided on this, I would personally love to see a return of the duel queuing system from Disney FanDaze.

This will be the 6th party exclusive to Annual Passholders since the introduction of such events last year. The last AP night was the Pirates & Princess Annual Pass Party in March which was seen as an overall big success from those in attendance.

Tickets for the Disney Characters Night Annual Pass party will be available from Wednesday 17th April at 11am (Disneyland Paris time). Annual Passholders will be able to book their tickets either via the AP phone line or online. Infinity and Magic Plus members who book tickets will also be able to bring up to two non-AP holders as guests.

Are you excited at the prospect of a character driven Annual Pass night on the 13th September? Will you be hoping to attend the Disney Characters Night? I’d love to hear your thoughts over on Twitter!