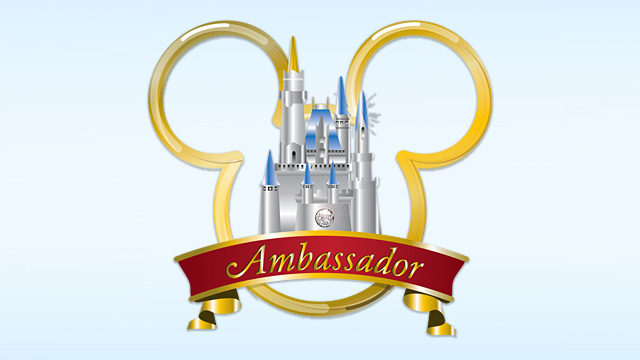 The global Disney Ambassador Program, which sees selected Cast Members become ceremonial faces of Disneyland Paris and representation throughout the world, will be extended for another year.

Typically Disney Ambassadors hold the title temporarily for 2 years. Given the unprecedented times of this year however which has seen Disneyland Paris and every other resort on Earth face temporary closure, the decision has been made to extend the time of current ambassadors until the end of 2021.

This means that the friendly faces you will be used to seeing to represent Disneyland Resort, Walt Disney World, Hong Kong Disneyland and yep, Disneyland Paris, will be sticking around for another year.

The Disney Ambassador Program is a highly prestigious title selected for by fellow Cast Members. Ambassadors represent their specific Disney resort at any and all official events, meetings and more. They also become a defacto face of the resort, appearing regularly at annual events, Annual Pass nights and other special goings-on at the resort.

Since 2019, Disneyland Paris has been represented by Disney Ambassadors Giona and Joana and have provided nothing less than an excellent job in the role. The dynamic duo can always be found either in and around Disneyland Paris at any special event or repping the resort at many of the international Disney Parks events, such as the D23 Expo.

Unfortunately ambassador Joana will not be continuing her role and will be moving on from Disneyland Paris. I personally would like to extend a massive thank you to Joana for all her hard work both as ambassador and Cast Member for the resort and wish her all the best very in her future career.

Rest assured, Giona will continue now as the sole Disney Ambassador of Disneyland Paris in the position right through 2021. Should you attend any special party, event or significant date of the resort you’ll be sure to see him around somewhere, so be sure to say hi!

A big congratulations to Giona and all of the Disney Ambassadors on news of their extension in the role, and here’s to another year of fun and magic all through the Disney world!