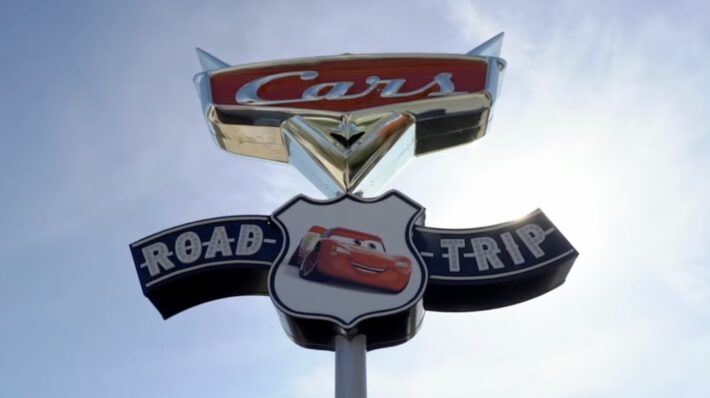 Cars Road Trip, the anticipated new attraction at Walt Disney Studios Park will officially open with the re-opening of Disneyland Paris, it has been confirmed.

The announcement came as part of the special virtual event ‘Celebrating 29 Years of Dreams’, where DLP Ambassador Giona Prevete met with several key Cast Members and Imagineers to discuss the history of the resort as well as provide updates to several key projects current in the works for the future.

Although no actual date was mentioned it was revealed that Cars Road Trip has finally found an opening and will be ready for guests when the parks are ready to return. Disneyland Paris is currently under its second temporary closure due to the global pandemic, and as France enters another lockdown and curfew it is unlikely to see the magic gates re-open for another few months at least.

Once guests can return however they will be able to join Lightning McQueen, Mater, Sally and Cruz along the famous Route 66 on a road trip inspired by the adventures seen in the Pixar franchise. The attraction is of course a major re-theme from the original Studio Tram Tour but with one fan favourite remaining in some form.

“It’s very family based, and a makeover has also been carried out of Catastrophe Canyon which was the highlight of the former attraction.” said Beth Clapperton, Artistic Director at Walt Disney Imagineering. “It has been made over with a new character and a new message.”

The launch of this new attraction isn’t the only novelty guests will be able to enjoy when Disneyland Paris makes a triumphant return. A number of other key additions and news was discussed during the virtual event including the return of the Goodnight Kiss where Mickey, Minnie and a number of other classic Disney characters wave goodbye to guests at the end of each day.

On the subject of characters, several new ways to see characters will be introduced as part of the resort’s re-opening, including surprises and the addition of a more varied roster.

“We know how much people love seeing the Disney characters, we know how much they love their surprise pop-up appearances. We also know just how success the selfie spots were.” said Vice-President for Entertainment at Disneyland Paris David Duffy. “So we look forward to bringing many of those back but then introducing some new experiences as well.”

Of the ‘new experiences’ will including a brand new selfie zone in Videopolis Theater themed to the Galaxy, Far far away and Star Wars. New surprise opportunities were also teased including the possible appearance of Cruella DeVil as well as another return of the regularly re-painted Casey Jr train, currently themed to Cheshire Cat will play host to a selfie spot area for the colourful cast of Alice in Wonderland.

On top of all the new character experiences will also be a brand new song, taking the place of ‘Coming Home to Disneyland’ which debuted as the theme to the resort’s first re-welcoming of guests. Back in the Summer of 2020 the song could be heard several times a day most notably at park opening and quickly became an iconic track for the resort’s history.

Also revealed during the ‘Celebrating 29 Years of Dreams’ event was a selection of new merchandise also set to debut soon in Disneyland Paris. Among the new ranges include the addition of nuiMOs collectables, a Pride inspired ‘La Vie en Pride’ collection as well as a selection based on the famous snacks and treats you can find throughout all the Disney Parks. A future range was also hinted at featuring Stitch which has been entirely designed in-house by Disneyland Paris.

Cars Road Trip will open along with the re-opening of Disneyland Paris later in 2021.