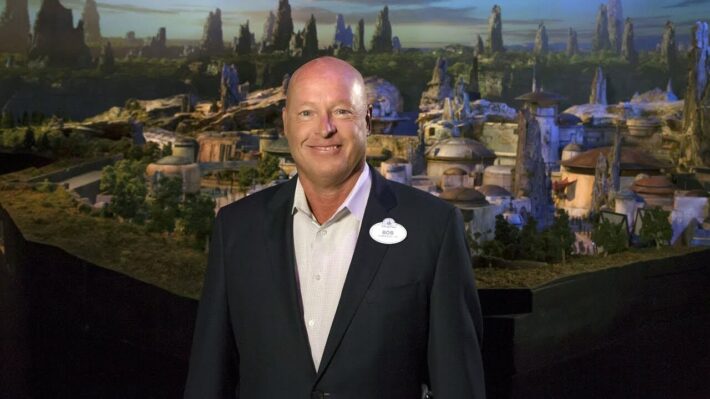 Bob Chapek has been announced as next Chief Executive Officer of The Walt Disney Company with immediate effect, replacing Bob Iger.

The surprise announcement came after the close of trading on Tuesday 25th February and was announced via an official press release from Disney. A special investors call was later held with both Bob Iger and Bob Chapek to further discuss the sudden and major change at the top of the company.

Disneyland Paris and Disney Park fans will most recognise Chapek for his time spent as Chairman of Disney Parks, Experiences and Products, a role he held from 2015.

“I am incredibly honored and humbled to assume the role of CEO of what I truly believe is the greatest company in the world, and to lead our exceptionally talented and dedicated cast members and employees,” said Chapek, who now oversees every aspect of The Walt Disney Company from Parks to film to retail and beyond.

“Bob Iger has built Disney into the most admired and successful media and entertainment company, and I have been lucky to enjoy a front-row seat as a member of his leadership team. I share his commitment to creative excellence, technological innovation and international expansion, and I will continue to embrace these same strategic pillars going forward. Everything we have achieved thus far serves as a solid foundation for further creative storytelling, bold innovation and thoughtful risk-taking.”

Meanwhile, Bob Iger will now assume the role of Executive Chairman and shift attention more towards creative endeavours during the company. While Iger still intends to retire from Disney at the end of 2021, this time in his new role will be used to help train new CEO Bob Chapek on the creative side of the company.

What this will mean for Disneyland Paris is obviously unsure as of yet, particularly as the announcement has caught many by surprise. Given how deep into production and planning the Walt Disney Studios Park expansion is however we can safely assume no changes or alterations should be made under Chapek’s new tenure.

This also leaves a vacancy for the role as Chairman of Disney Parks, Experiences and Products, the position held by Bob Chapek before this promotion. As part of the press release it was also announced that this role will be named “at a future time.”