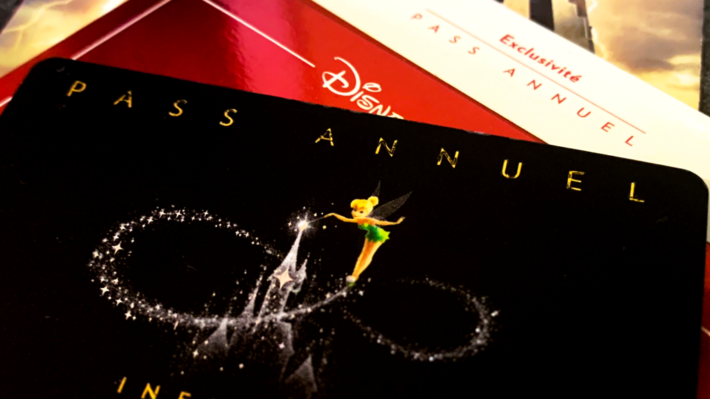 Annual Pass Nights at Disneyland Paris have been an interesting affair to say the least. Something that was long requested from passholders for years, the outings on their inaugural year of inclusion received a mixed reception.

In a way this should not be without expectation. New ventures will inevitably have teething problems and with no previous versions to look back on, DLP were firing in the dark for many of these. It should be expected – much like FanDaze – that the first editions may not make a financial gain. Relying on word of mouth from this in attendence to spread awareness for next time.

We now find ourselves in January and another batch of exclusive Annual Passhoder nights coming to Disneyland Paris. The first of which has already been announced as a Pirates & Princess themed party. We already been told that several more will appear throughout the year at Disneyland Paris.

With this in mind, I believe several things that need to be taken into account to improve these Annual Pass nights. While most of these parties have been seen positively but with issues, I’ve put forward what I believe are areas that should be addressed to turn these parties from fun additions to absolute must-do’s. Of course, these are all just my own opinion and thoughts.

A Disneyland Paris fan comes in many different styles and tastes. There are those who love characters and meeting as many as they possibly can, while others prefer spending their time riding that E-Ticket attraction over and over again. Some may be obsessed with the history and inner workings of what makes the parks operate, where many love to bask in the atmosphere the magical kingdom brings. The levels of which each individual who views themselves as a DLP fanatic vary significantly – its impossible to paint us with a ‘one size fits all’ brush.

Unfortunately, this is exactly what has occurred with Annual Pass Nights in their opening year, particular as they progressed. Though content from the Tower of Terror’s 10th anniversary did put the star attraction very much in the limelight, it was decided from then onwards that these nights were to cater for the character enthusiasts and them alone.

There is nothing wrong with character nights, of course. I may not be their biggest of fans but I can still have an enjoyable night from them when done well. Rolling out the same shtick each and every party however quickly creates the feeling of over-saturation and boredom. There’s only so many times I can be excited that a rare character is to appear for an hour or two.

What I want to see is more variety so that every type of Disneyland Paris fan, those who are purchasing annual passes, is catered for. I’d love to see an attraction night focusing purely on a specific E-Ticket or land, promising to give attendees the ultimate ride experience from queue to exit. Or how about an Imagineering night filled with panels, workshops and concept art on some of our favourite Disneyland Paris projects of the past and future.

When you take the blinkers off and look beyond that of the character fans the possibilities for these Annual Pass nights are wide and far stretching. Something that I feel fans from all over the world would even travel to be a part of. 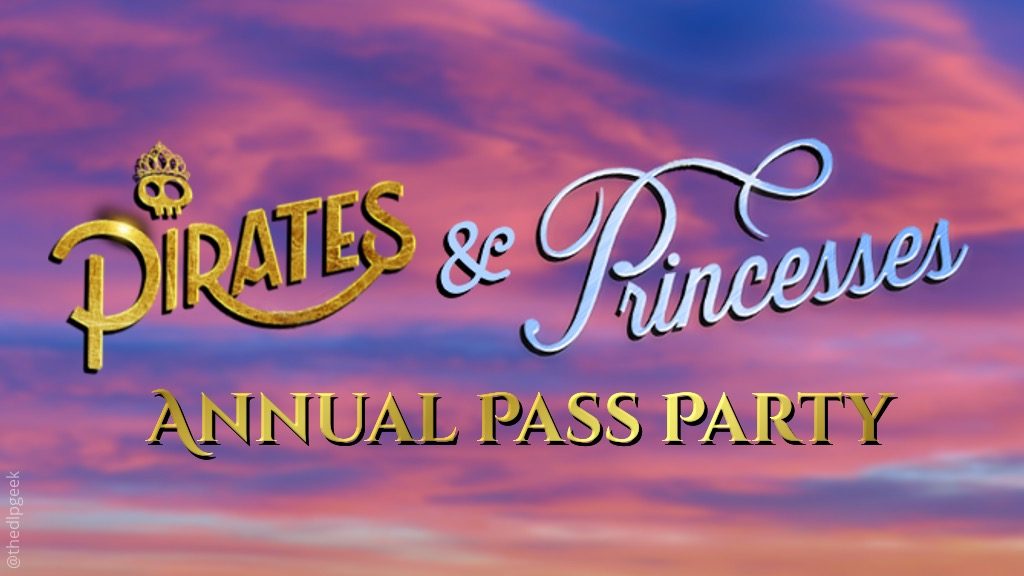 Yep. This was always going to be on here.

When Annual Pass nights were announced and continued to get teased and revealed throughout 2018, it quickly became known that each event would carry its own theme. Be that an attraction’s anniversary, dedication to a specific genre, the closing of a resort milestone or celebration a beloved character’s birthday. This opened the door for potential to make each and every party truly unique. Something unlike anything else you can find in Disneyland Paris and for one night only to truly absorb into the chosen theme. Alas, that door appears to be locked.

In reality what we received were several nights that in areas may have fit the event’s title, but ultimately became an afterthought. The infamous Marvel AP Night which I have already spoken in great detail of still leaves a disappointing taste in my mouth. September’s ‘grand finale’ to the 25th anniversary, while I wasn’t there in attendance, the content and even location failed to match up with the rest of the resort’s silver celebrations. A night celebrating the close of a season in a park that didn’t even recognise it save for one, lonely poster on Studio 1’s back end.

This simply has to change for AP nights looking forward. When a theme is announced for an exclusive, premium night such as these are then surely the most basic of expectation is that said theme is the focus of the night?

I understand that sometimes it can be difficult for a theme to suit the structured planned for an event, such as the Grand Finale in Walt Disney Studios. In cases like that however a different theme should be selected, one that will fit what is planned to provide guests with. Had the Marvel Night been labelled a “character summer party” event I probably would have enjoyed it.

Of course I don’t know how the themes of last year were selected, but given the appearance of a survey several months ago it’s possible future themes are already being considered. Should this be the case then Disneyland Paris must ensure that parties will carry its particular theme just a title for flashy posters. 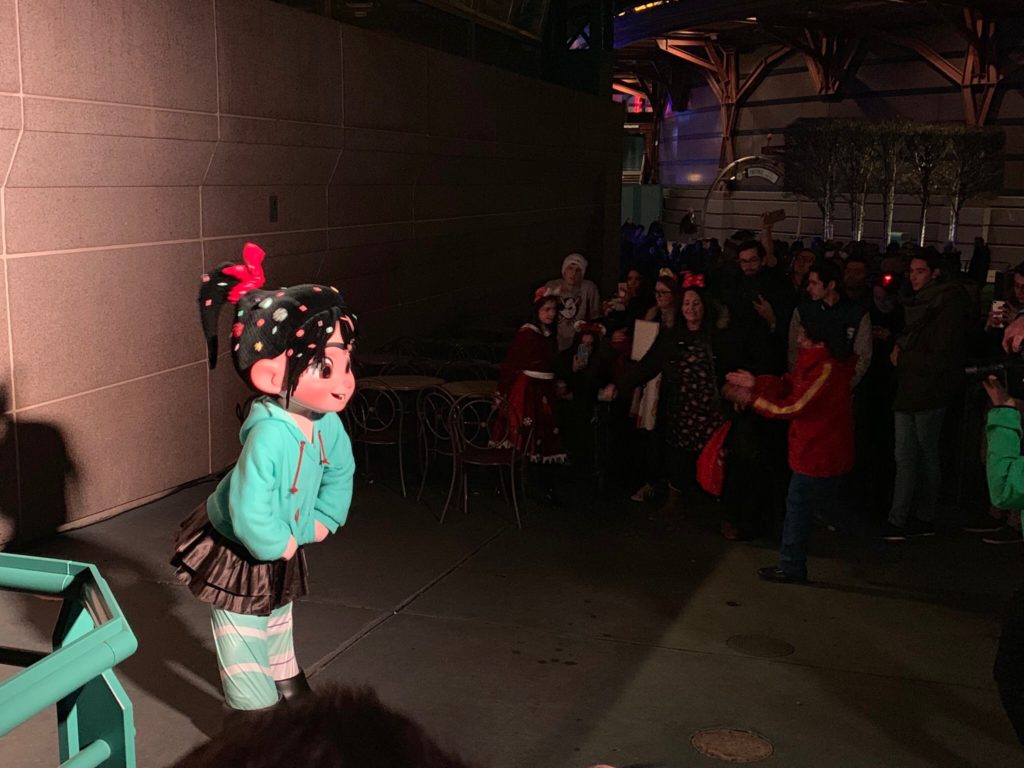 June 2018 saw the Inaugual Party Disney FanDaze, another exclusive after hours event held in Walt Disney Studios Park. Though not tied to Annual Pass Nights, their introduction of a dual queuing system for photo locations with more than one character is something that should become the norm at DLP events.

For those unfamiliar, the system consists of having two specifically marked queues each assigned to one of the two characters scheduled to meet at that location. This allows guests to quickly decide which character they want to meet and not have to play the lottery that their hopeful photo buddy has not ended their set before their turn.

This is a genius solution to an aged problem in Disneyland Paris and one I feel should be used everywhere and not just for specific events. After how easy and stress-free the system made a FanDaze I thought it would be a dead cert to reappear for AP nights, though it bizarrely didn’t. Should characters return in large numbers again for Annual Pass nights then this system is a must in my opinion. It’s easy to understand, easy to follow, and ensures guests will meet their desired character. 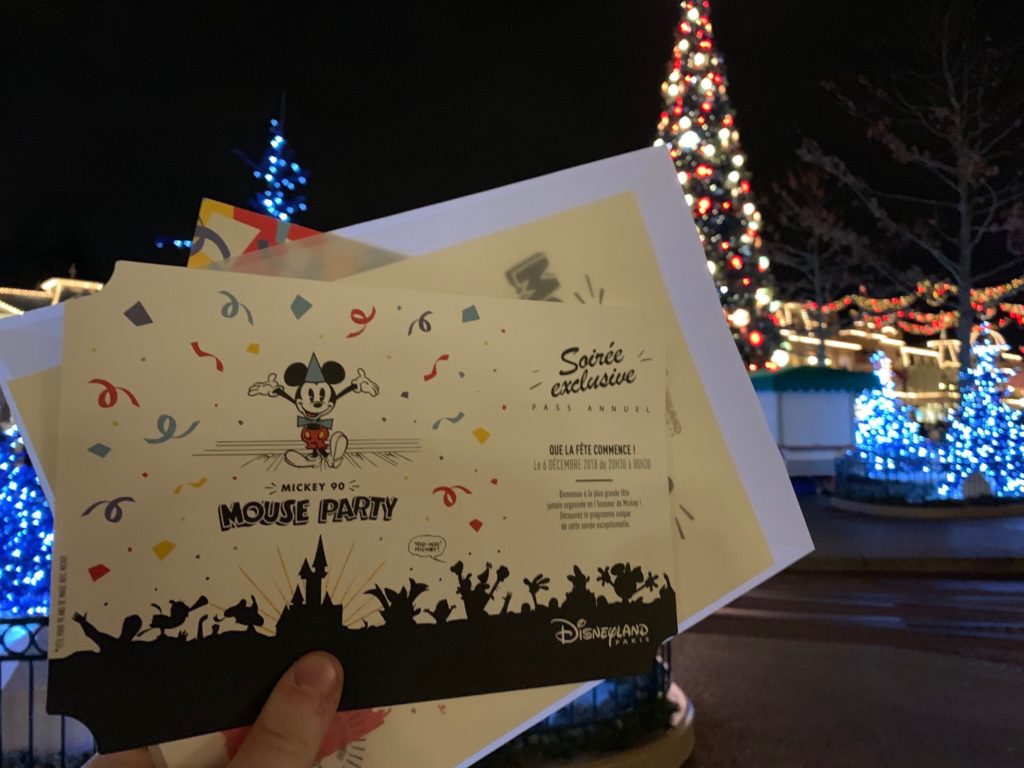 Unlike Halloween or New Years Eve, Annual Pass Nights are events aimed almost exclusively for fans. The dedicated and enthusiastic who have shelled out for Infinity and Magic Plus passes along with the added premium of the party itself.

If there’s one thing fans love it’s exclusive merchandise, something unique and special to commemorate the event. Aside from pins, a Tower of Terror themed key and some freebies these nights have seen no other exclusive merch become available for attendees to buy.

Disneyland Paris are really missing an opportunity here, but at the same time it must be approached correctly or risk its own set of problems. The aforementioned Tower of Terror keys drew controversy due to the mass panic from crowds struggling to get their hands on one, only for them to continue to be sold to the general public the next day from leftover stock.

The solution could be to stock items in more than one location, or introduce a pre-ordering system when purchasing an event ticket. The latter of which could give attendees the chance to select and purchase their merchandise prior to the event, then simply collect their swag at some point during the party weekend. Regardless, something would need to be done regardless to ensure the process is quick, safe and reflective of the premium pricetag.

Do you agree with my suggestions and ideas for future Annual Pass nights? Perhaps you feel entirely differently and have your ideas on what should be done? I’d love to hear your feedback and own suggestions over on Twitter!