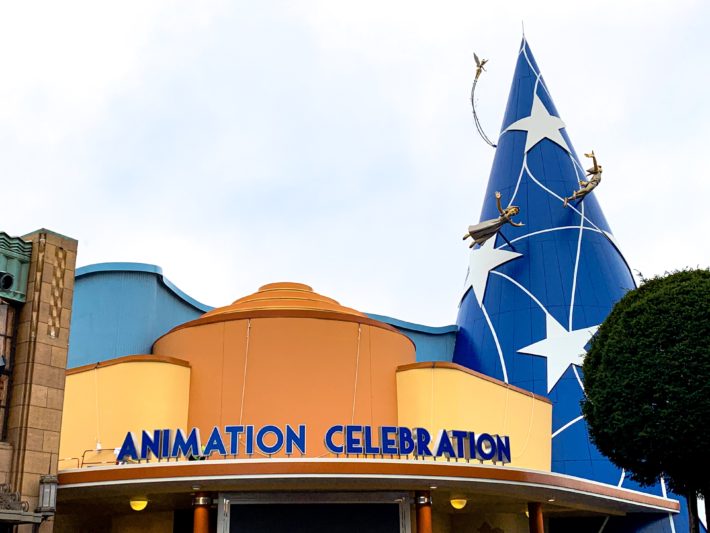 Animation Celebration has officially opened to the public, presenting the interactive experience Frozen: A Musical Invitation.

The brand new addition to Walt Disney Studios Park replaces that of Art of Disney Animation, which closed its doors permanently back in January of this year.

Acting almost as a spiritual successor to what came before it, Animation Celebration looks to – as the name suggests – celebrate the magic of Disney animation by bringing guests into classic stories and their songs, characters and visuals.

The entire interior has been renovated giving guests a fascinating history lesson into animation before the main show found in the two newly designed theatre rooms. Borrowing much from what was originally found in the original AoDA attraction the foyer room is filled with clever animation techniques and secrets used throughout the world for, quite literally, millennia. The iconic Multiplane Camera – an iconic and rare device that helped make so many scenes from classic Disney features come to life – is still proudly on display within the attraction.

The first story to be featured will be the modern day classic tale of Elsa, Anna, Olaf and company in the form of Frozen: A Musical Invitation.

The first scene guests will experience is Kristoff’s barn, where they will be joined by Anna, Kristoff and, of course, Sven! This beautifully themed set works as a great backdrop as fans young and old can join in on a sing-along of some classic songs from the 2013 massive hit.

Anna is teaching the choreography to Let it Go! pic.twitter.com/wiKucuTsjw

Onto the second scene guests will be transported into a loving recreation of Elsa’s Ice Palace, where the Snow Queen herself will be joined by Anna and Kristoff along with the happy snowman Olaf. The audience will once again be encouraged to join in singing the classic Frozen songs, including a wonderful rendition of the phenomenal ‘Let It Go’.

In addition to these two new interactive set pieces, guests will also have the opportunity to meet Olaf within Animation Celebration. At time of publish guests must use the Lineberty app to book a time to meet & greet with Olaf. This however is subject to change if or when necessary.

Animation Celebration presenting Frozen: A Musical Invitation is the first of what will be several extensive re-themed attractions coming to Walt Disney Studios Park within the next few years. Next Spring will see the opening of Studio D, a re-freshened take on Disney Junior inspired entertainment for the youngest of guests, sporting a beautifully designed new stage.

Meanwhile at the other end of the park work will soon be underway to transform Studio Tram Tour into Cars Route 66 in time for Summer 2020. This almost total re-theme will see the attraction’s station and core location moved into Toon Studio, though fan favourite Catastrophe Canyon is expect to stay.

Last but certainly not least, 2021 will see the return of more high thrills as the now closed Rock ‘n’ Roller Coaster becomes the first Disney coaster themed to Iron Man and the Avengers. The re-theme will of course make up part of the future Avengers Campus land that is part of the €2 billion Walt Disney Studios Park expansion.

Are you excited for Animation Celebration and Frozen: A Musical Invitation? Do you plan to visit the new attraction soon or are there any other classic stories you hope will be featured? Be sure to let me know over on Twitter!