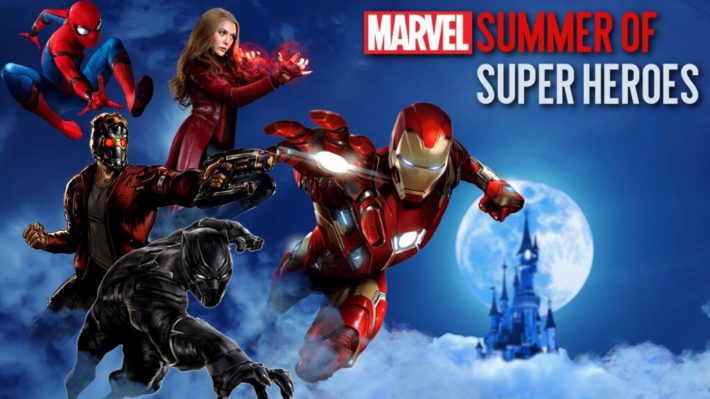 From June 30th, Walt Disney Studios Park has been playing host to Marvel Summer of Super Heroes, the latest season to the Disneyland Paris roster. After countless calls from fans and a very exciting fanfare to open, its now time for the Avengers, Guardians and co. to call it ‘mission accomplished’ as the festivities wrap up at the end of September.

Judging the season as a whole has been a difficult task, and something many cannot agree on. Although I received a mostly positive experience from the Summer fun I’m well aware of the problems and issues that have blocked it from true greatest. The weaknesses it must look to defeat should it return for a sequel.

And so, like a mid-credits sequence, I’m here to set things up for the future. If Marvel Summer of Super Heroes is to return to Disneyland Paris (be that in summer or not) these are the five areas I feel must be addressed. 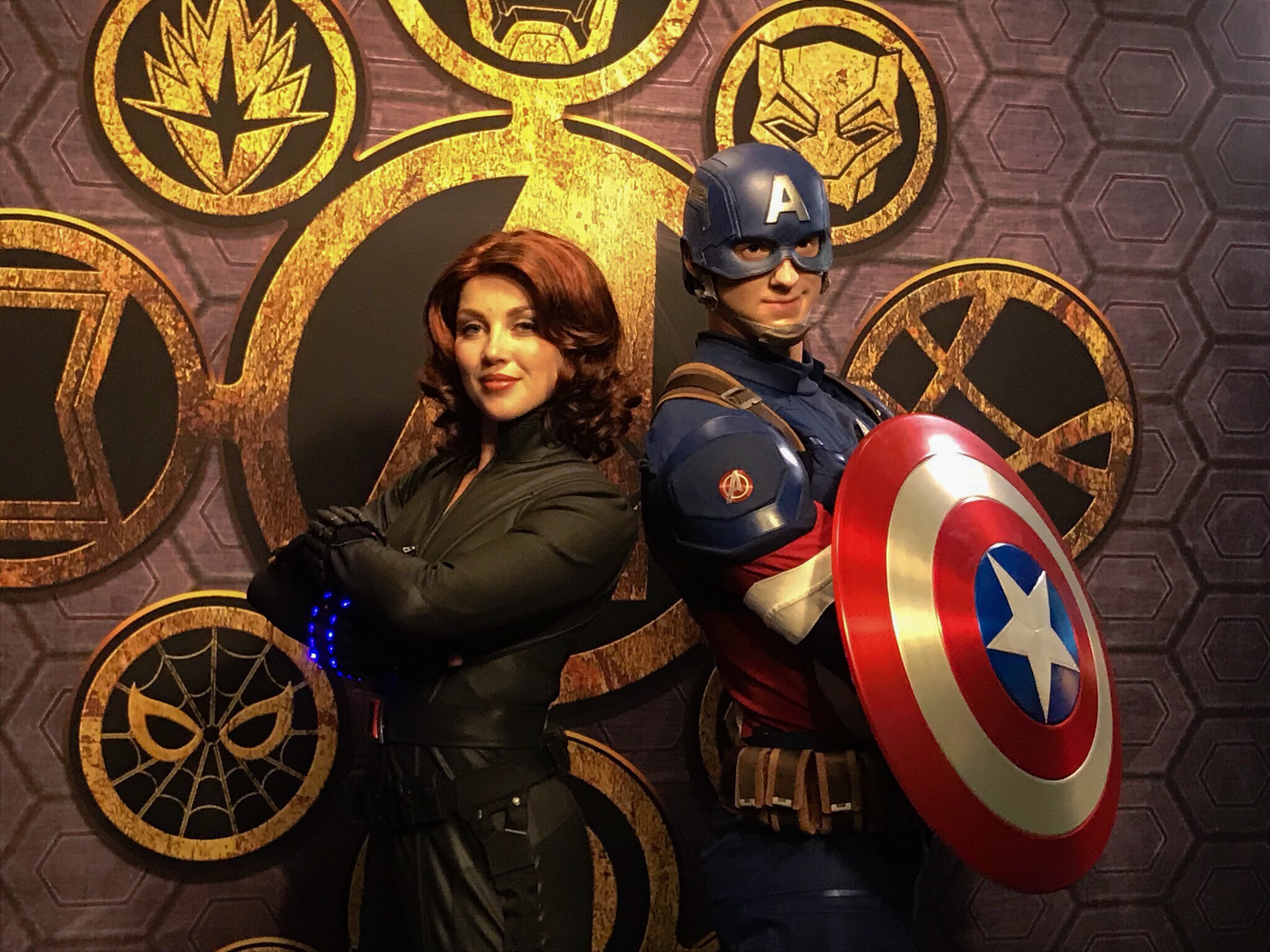 The obvious suggestion, but still bares mentioning. The inaugural Marvel Summer of Super Heroes was a disaster in terms of meeting your heroes of the comic book and movie universe. For the entire season Captain America was the only character able to meet regular guests, permitting they got lucky when using the glitchy, unstable Lineberty app. Though it was possible to meet fellow Avengers Thor, Black Widow and Spider-Man their presence was restricted behind the paywall of the Marvel Signature Dinner and Marvel Signature Package.

This was an issue that spawned much controversy when details began to emerge. Things didn’t go much better when a total failure of communication behind the scenes was brought into light. Signature Package exclusive Spider-Man was listed to be meeting any and all guests on opening day, only for the sign to be makeshiftedly altered when word of it appeared online.

If Marvel Summer of Super Heroes – or any sort of Marvel event – is to return the characters need to be plentiful and available to everyone. Lineberty may have been a trial and a headache inducing one but that is no excuse for keeping core characters behind a paywall without alternatives. With a huge roster of Marvel characters appearing on stage shows I see no reason why the likes of Star-Lord, Doctor Strange and Black Panther couldn’t have taken some time to meet their loyal followings.

Before June was even close to the minds of guests Marvel Summer of Super Heroes was already starting to gather an interested following after its impressive London Comic Con announcement. Disneyland Paris doubled down on their marketing shortly after releasing the fun, energetic and on-location television advert for the season. In it we saw the likes of Thor, Captain America, Spider-Man and Avenger superstar Iron Man meeting and interacting with guests.

It very quickly shot up as one of my favourite adverts DLP have ever produced, if not the favourite. Then more information came out, and it felt like the mischievous Loki had a hand in the editing room all along.

As mentioned, Thor and Spidey were not available to guests to meet unless paying extra. Iron Man on the other hand was nowhere to be seen outside of Studio Theatre, even his namestake stage show had to write in a way to explain his absence. Albeit that I am more forgiving of because of the nice Hong Kong Disneyland reference. All this accumulated into a mass disappointment from Marvel fans including myself. Many guests’ expectations for the season were brought crashing down. Some outright cancelled their planned trips after hearing the marketing had mislead them.

This has to change for next year. I’m not saying the advertisement has to be removed, it’s still a very well shot, edited and all out executed ad for TV. What needs to change is that the content of the season matches that of what they’re showcasing. That isn’t to say we need a flying Iron Man around Front Lot or Captain America bouncing his shield off the Earffel Tower every 15 minutes. The characters appearing in the advert are representing opportunities to meet and greet them – something that must be fulfilled should it return for next year.

As a side note, why did we not get a Mjolnir photolocation akin to Fantasyland’s sword in the stone? Not only would it have been perfectly in theme but a crowd gatherer even without the God of Thunder.

Being the inaugural year for a Marvel themed season, there was little to expect when going in. That’s a factor for both guests and Imagineering. Before things kicked off with the Summer of Super Heroes, Disney had no idea what fans would love and not love. Nothing to suggest what merchandise is more likely to sell against others and – biggest of all – what will work and what will break.

Nowhere was this more evident than with the flagship addition of the peak time of year, Marvel: Super Heroes United. Although I praised the ambitious spectacle for its large set of characters, freedom of story and surprisingly deep visuals, the show has been plagued with problems. Effects refuse to work no matter how many time they are brought down and fixed, making it nigh-impossible to watch a performance with everything running as it should. Indeed, runnings of the show have had to cease altogether minutes after starting due to technical difficulties. MSHU has become such an issue that it’s being placed onto the operating theatre after the curtain closes for the final time in September. In its place will be the former holder of the theatre baton, CinéMagique.

The trouble that came with Super Heroes United and its abysmal reliability needs to be improved should a Marvel Summer of Super Heroes like event returns for 2019. Given the two month window between the show’s closure to retrofit back into CinéMagique, and a theoretical second couple of months once it ends in February, that would give Imagineers six whole months to work on the effects for a potential April return. I don’t feel I’m doing the talented people at WDI a disservice by saying that should be more than enough time to turn the show into the Studios ‘must do’ it should be.

Credit where credit’s due, I overall enjoyed the unique food that was available during Marvel Summer of Super Heroes. The chocolate filled Groot cookie I tried cannot be described as anything less than delicious while the Spider-Man burger (or ‘Spider-Burger’, as I won’t back down from calling it) was very tasty despite the off-putting food colouring.

The rest of what was available however, I wasn’t such a fan of. While donuts, macrons and other treats are nice, the simple process of pasting a Marvel themed logo onto it doesn’t constitute as a new product. I enjoy chocolate filled desserts as much as anyone – probably too much – but biting into a premium priced “Infinity Beignet”, iced with a poor printing of Steve Roger’s iconic shield did leave an underwhelmed aftertaste.

Next year, I would love to see major additions added in the unique foods department. The Marvel Cinematic Universe has opened the door lately to truly fascinating and colourful worlds through the likes of Guardians of the Galaxy, Thor: Ragnarok and most probably next year’s Captain Marvel. All sorts of creative and interesting treats and dishes could be made, described as delicacies from likes of Xandar, Knowhere or even Wakanda. With the cosmic side of the Marvel universe, not even the sky is the limit. 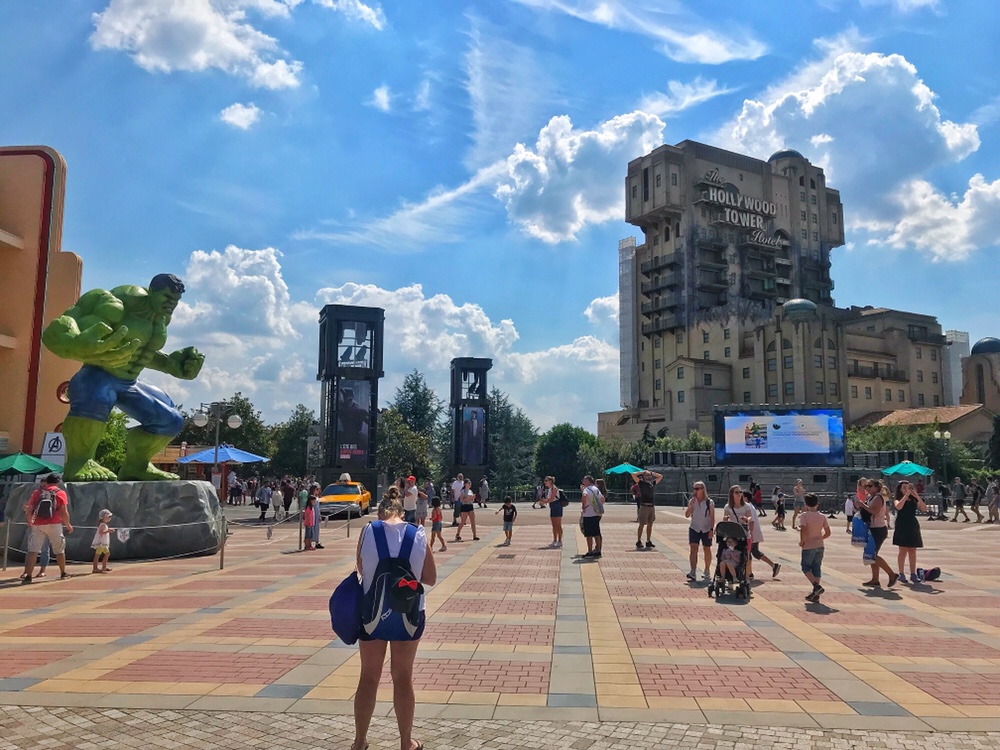 It may not be the first thing that comes to mind when you think about a Disneyland Paris season, but physical footprint can have almost as much lasting appeal as any show, food or decoration. The big hitters – Halloween and Christmas – feel grand and important partly due to their domination of Main Street U.S.A. when their time of year rolls by. Even when content may be lacking, a wide enough stretch can increase the impact greatly.

Marvel Summer of Super Heroes took the interesting approach, either by design or coincidence, to be contained entirely within Production Courtyard. While it did make the area feel like a ‘Marvel heaven’ for comic book fans it ultimately only helped project the minimal size of the season. Having the entire festivities confined in such a small area meant that guests could easily jump between show to show, decoration to food cart all without barely stretching 10 paces. Everything Marvel Summer had to offer could be completed well within an hour, and you could feel that.

Although additional content is necessary (see previous points) something as simple as expanding that reach the supeheroes and co. have within WDS would big up the season in its own little way. Backlot may become the ultimate Marvel location in a few years time but for now it is crying out for a lively, fun dance show like the Guardians of the Galaxy. Inspiration could even be taken from that other monster property of Mouse’s for Disneyland Paris seasonal entertainment. Just as how 2018’s Season of the Force brought a model X-Wing and TIE Fighter into Studio 1, some super powered props could easily find their way into the building should another Marvel event come.

As Marvel Summer of Super Heroes draws to a close I think it’s fair to say the overall reception has been mixed. While I certainly had fun with the season and scratched that superhero itch I’ve needed in DLP, it is by no means perfect and does need building upon should it return for next year. Bigger and better things may be around the corner for Walt Disney Studios Park especially Marvel related but until then a seasonal event is enough to tied fans over if the effort is there.

That’s not to say this first outing was an effortless venture, you can clearly see the heart and soul that went into areas of the additions. Unfortunately these flashes of light are few and far between in what should be the loudest shout of the peak time of year at Disneyland Paris. A shout that sounded more like a modest raised voice than anything else.

If Marvel Summer 2018 was a MCU one-shot, Disney must ensure the next outing is a full blown motion picture.